Five movies to be fascinated by black holes

Cinema has always felt a great fascination for the mysteries that surround the universe. 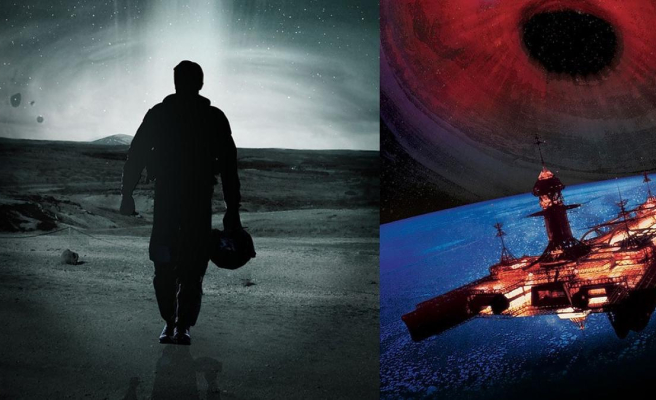 Cinema has always felt a great fascination for the mysteries that surround the universe. From the science fiction genre, countless films have been made that explore new adventures far from Earth, starting with that distant trip to the moon in black and white directed by the magician Georges Méliès in 1902. And the fascination with black holes they have not been an exception. All the secrets that surround these enigmatic phenomena have been a constant source of curiosity that have served as inspiration to both scientists and filmmakers. Here is a list of five movies that talk about the subject.

Christopher Nolan turned sci-fi storytelling on its head with this time travel masterpiece set in a post-apocalyptic future. Matthew McConaughey had to put himself in the shoes of Cooper, a former NASA pilot who had the difficult mission of leading a group of explorers, including Anne Hathaway, who were traveling beyond our galaxy to discover some planet in another that could guarantee the future of the human race.

The crew was sent to explore a wormhole that leads to potentially habitable planets. But the proximity of the wormhole to a black hole causes gravitational time dilation. Thus, in the brief time that McConaughey and Hathaway spend exploring one of the planets, 23 years of Earth time elapse. Known for his meticulousness and perfectionism, Nolan's portrayal of the black hole Gargantua was considered by many to be the most realistic yet in a fictional film. A realism that made it win the Oscar for best visual effects. "It shows a bright ring structure, with a black area inside and a line in the middle. That image created for the cinema was produced following equations of physics," said physicist and Nobel Prize winner Kip Thorne

Two years after the incredible success of Star Wars. Episode IV: A New Hope, Walt Disney Pictures set out to create its own space opera with a cast consisting of Maximilian Schell, Anthony Perkins and veteran Ernest Borgnine. In scientific circles, black holes monopolized conversations and the studio, directed by Gary Nelson and scripted by Jeb Rosebrook and Gerry Day, wanted to focus its story on a small ship that explores outer space and reaches the vicinity of a black hole. .

As it is about to be absorbed by it, the crew discover a gigantic ship that has somehow managed to evade the gravitational pull. Reviews were mixed, and the film received two Oscar nominations for best cinematography and visual effects.

Paul W.S. Anderson (responsible for the Resident Evil saga) was in charge of this terrifying space adventure led by Laurence Fishburne and Sam Neill that went unnoticed through commercial theaters and whose intrigue was partly reminiscent of Ridley Scott's Alien. The director told the story of a ship, the Final Horizon, which was launched into space in the future 2040 to explore the confines of the universe but disappeared without a trace. Seven years later, a rescue ship was sent to investigate his enigmatic reappearance in Neptune's orbit.

The popular space fiction, with millions of followers, had a surprising reboot in the franchise by J.J. Abrams in which two black holes appeared. In the first, Nero (Eric Bana), the film's villain, uses black hole principles to dastardly ends, creating an artificial "red matter" black hole to destroy the planet Vulcan. The second was natural and managed to send Spock back in time to fulfill a very important mission.

Stephen Hawking dedicated his life to observing and understanding the mechanisms of outer space. That's why there's no one better than the British astrophysicist and science popularizer to star in this documentary by Errol Morris that borrows the same title from Hawking's best-selling book. The film, in addition to showing the life of the genius, introduces interviews with some of his relatives and colleagues to the rhythm of a soundtrack composed by Philip Glass.

1 The universe of the 'cryptos' reels between... 2 Verónica Pallini radiographs new masculinities in... 3 Robinhood shoots up 36% on the stock market 4 Puig i Cadafalch's pro-independence message in... 5 The Dow Jones yields 0.3% and adds its sixth consecutive... 6 'I never would have said it', the informative... 7 The Charts of Carmen Ramos: Telefónica, Cie Automotive... 8 Dario Villanueva, Francisco Umbral Award for Book... 9 The two securities to which they have raised their... 10 Four candidates opt for the first time to preside... 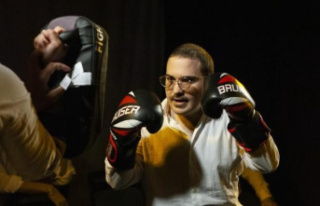 The universe of the 'cryptos' reels between...