Feijóo opens his international agenda with the Prime Minister of Morocco, to whom he promises loyalty

Alberto Núñez Feijóo is in Rotterdam this Tuesday, to participate in the congress of the European People's Party in which Manfred Weber is elected as the new president of this political formation. 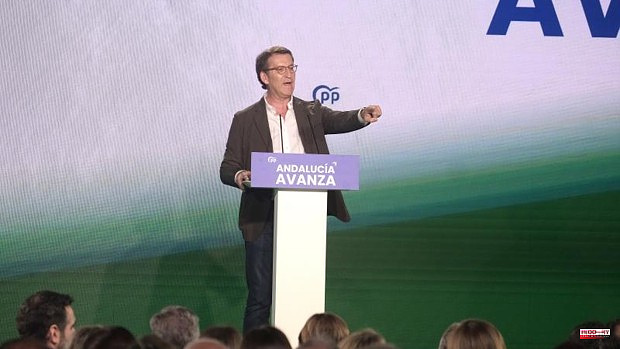 Alberto Núñez Feijóo is in Rotterdam this Tuesday, to participate in the congress of the European People's Party in which Manfred Weber is elected as the new president of this political formation. Esteban González Pons will be one of its vice presidents. Feijóo will hold several bilateral meetings, the first of them with the Prime Minister of Morocco, Aziz Ajanuch, to whom he promises loyalty: "I will never ever deceive Morocco, and I will never ever deceive my country."

Feijóo has recognized that in the bilateral meetings he has been able to verify the concern that there is for the Government in Spain: “We have perceived concern from European leaders for the weak Government that we have in the country. It is an unprecedented government in the European Union, which is based and sustained by independence.

Our colleagues do not understand how you can have enemies of the Nation as allies," Feijóo commented at the EPP congress.

«The Spanish PP is perhaps with the German is the most important in Europe, and we are called to assume a great responsibility: economic reconstruction of the country, but also the institutional and territorial, from moderation and European principles».

"The problem of a weak government is known throughout Europe, but our objective is not to delve into it, but to show that there is an alternative," stressed the leader of the PP.

In the meeting he plans to hold with the Moroccan prime minister, he will promise loyalty: "The Moroccan government is very interested in knowing our position." "The prime minister is a good friend of Spain," he pointed out. «He knows very well that the PP is a reliable party. We are going to make a reliable foreign policy, we are not going to deceive you, we are never going to be disloyal to that country and we are going to try to rebuild a foreign policy based on trust and parliamentary consensus».

“Our alliance with Morocco is unquestionable, we are never going to be disloyal to this country, we are not going to do acts that break trust, we are not going to send letters without the knowledge of the Cortes Generales, nor are we going to make decisions against a good part of the Government," he explained.

"With the Moroccan prime minister I am going to talk about everything he wants to talk about," commented Feijóo, who recalled that he still does not know what the president of the Government has agreed to, because he has not told him. Of course, he has insisted that everything he does in foreign policy will be agreed upon. "In the field of UN resolutions we can agree on many things." "I will never ever cheat Morocco, and I will never ever cheat my country."

1 Galician classrooms, an example that bilingualism... 2 The PNV would win in the three councils but will have... 3 A dictionary rescues part of the linguistic wealth... 4 Trial against three neighbors for calling a family... 5 Thebes: «Rubiales? If you disagree in the Federation,... 6 The request of a Zelensky adviser to end the war and... 7 Ukrainian court sentences two Russian soldiers to... 8 The eurozone suffers the highest price increase in... 9 They investigate six vigilantes of a nightclub for... 10 The socialist Lambán debuts an official gasoline... 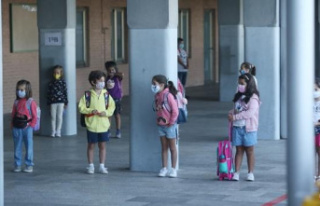 Galician classrooms, an example that bilingualism...