The Court of Instruction number 14 of Valencia is investigating six people for the alleged racist attack by security guards at a nightclub in the city on a young man of Moroccan origin who was shouted "shitty Moor, I'll kill you. 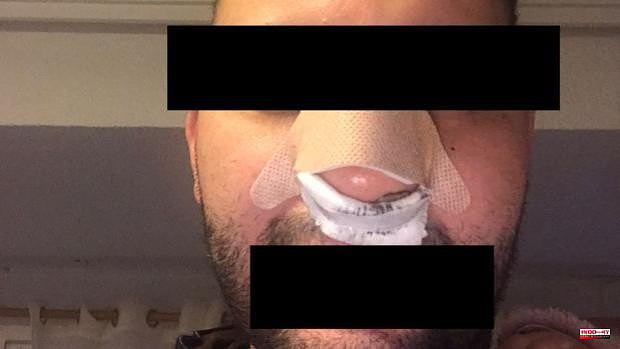 The Court of Instruction number 14 of Valencia is investigating six people for the alleged racist attack by security guards at a nightclub in the city on a young man of Moroccan origin who was shouted "shitty Moor, I'll kill you." The victim suffered a nasal fracture.

As reported by València Acull in a statement, since the court opened investigative proceedings, it has summoned four workers from the nightclub where the alleged attack took place to testify as investigators. And now he has summoned two more members of the security service "after being implicated by his colleagues."

The incident took place on March 6, when the access controllers prevented a Moroccan boy from entering the disco because, according to what they told him, he had to have obtained the ticket online and the capacity was full.

However, shortly after, he was able to enter the interior with no problems, together with a group of Dutch people. They asked for their DNI and placed a bracelet on them that confirmed that they had paid the entrance fee.

When he had already ordered a drink, -always according to València Acull's version-, a security guard rebuked him and forced him to go outside, where six or seven members of the nightclub's security began to attack him while saying: "Fucking Moor , I'll kill you", as stated in the complaints filed by the victim with the police that same night and the next day.

The young man had to be treated in an emergency service due to the numerous contusions that he presented in various parts of the body and due to a nasal fracture. After filing the complaints, the boy identified four of his aggressors from the photographic material that the police showed him. The court opened an investigation and summoned them to testify as investigated.

On May 11, the workers denied their participation before the judge and stated that they were at the entrance door all night, so they did not see or know of any conflict inside or outside the establishment. However, when viewing the images of the recordings of that night made by the nightclub, two of the four investigated recognized two other employees among the complainant's aggressors.

The court has summoned these two new workers to take their statement, also as investigated, on June 27. The Valencia Acull Equal Treatment and Non-Discrimination Program is accompanying the victim in the process.

1 The socialist Lambán debuts an official gasoline... 2 A man commits suicide after being evicted from a Barcelona... 3 Sensogreen acquires the S3, Petit Cheri and Royale... 4 The Board makes 130 plots available in the Magaz del... 5 The PP will present a complaint "for false documents"... 6 Follow the press conference after the Council of Ministers... 7 Diego Martínez, new coach of Espanyol 8 Nadal - Djokovic: schedule and where to watch the... 9 Másmovil increases its income by 39% in the first... 10 The Supreme ratifies the reviewable permanent prison... 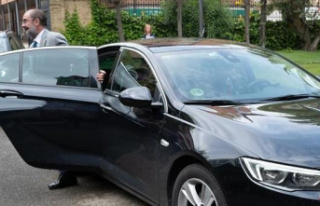