The socialist Lambán debuts an official gasoline car while spending 70,000 euros a year on a 'green' advisor

The “green and sustainable” discourse that the Aragonese Government of the socialist Javier Lambán proclaims contrasts with the new official car that he has just acquired. 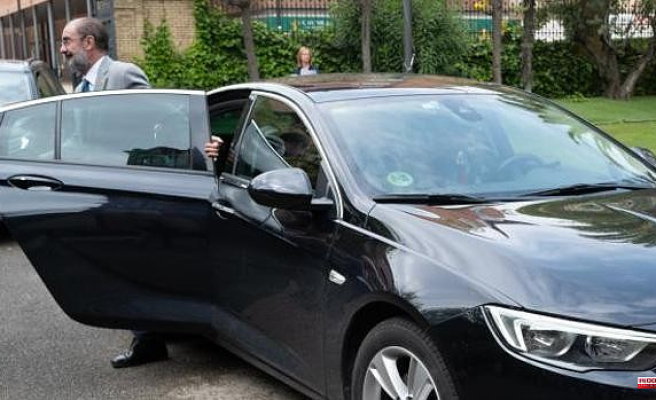 The “green and sustainable” discourse that the Aragonese Government of the socialist Javier Lambán proclaims contrasts with the new official car that he has just acquired. The head of the regional Executive and leader of the Aragonese Socialists debuts a high-end car and has chosen to use gasoline instead of a hybrid or electric motor. Lambán prefers traditional gasoline, while he spends 70,000 euros a year on a senior consultant in ecological development, sustainability and modernization.

Electric mobility compared to fossil fuels, in the case of gasoline, is one of the recipes that pays for the 2030 Agenda, of which the social-communist government of Lambán has made its flag. After the regional elections of 2019, the leader of the Aragonese PSOE remained at the head of the regional Executive thanks to the quadripartite that he sealed with Podemos, the sovereignists of the Chunta and the PAR.

In his investiture speech he boasted of "promoting an Aragonese, progress, social, green and digital contract with Aragonese society." A "green agenda", he remarked in that intervention before the Cortes.

That quadripartite was substantiated with the creation of new positions in the Aragonese Government. One of them, the commissioner for the 2030 Agenda, a senior adviser attached directly to the Lambán Presidency. Since it was created, almost three years ago, that position has been held by Fermín Serrano, whose salary last year amounted to 69,494 euros gross, an amount to which Social Security contributions are added.

Last March, Lambán, together with his commissioner Serrano, starred in an event held at the Aragonese Government headquarters, in which the regional president underlined the objective of reducing C02 emissions in Aragon by 40% by 2030. And He underlined that, for this, one of the essential areas was to promote 'green' mobility. However, ten days before the Government of Lambán had signed the contract for the acquisition of the president's new official car, gasoline, according to the official file compiled by ABC.

When that acquisition was put out to tender, at the end of 2021, the specifications detailed that it should be gasoline, and that it was enough for it to comply with the 'C' environmental label, with maximum CO2 emissions of 199 grams per kilometer.

According to this contract, the vehicle will be delivered on July 1. It has been acquired by renting, a financial lease formula for four years, for a total price of 52,189.92 euros, taxes included, to be paid in the four years of validity of this contract. After these four years, leasing allows you to pay to own the vehicle or get rid of it. The chosen vehicle is an Opel Insignia with high-end equipment and features.

1 A man commits suicide after being evicted from a Barcelona... 2 Sensogreen acquires the S3, Petit Cheri and Royale... 3 The Board makes 130 plots available in the Magaz del... 4 The PP will present a complaint "for false documents"... 5 Follow the press conference after the Council of Ministers... 6 Diego Martínez, new coach of Espanyol 7 Nadal - Djokovic: schedule and where to watch the... 8 Másmovil increases its income by 39% in the first... 9 The Supreme ratifies the reviewable permanent prison... 10 A fire in Irun leaves two people hospitalized and... 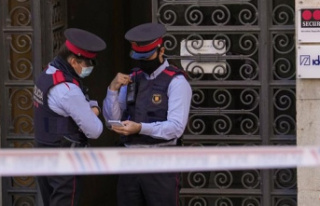 A man commits suicide after being evicted from a Barcelona...