Diego Martínez is already the new coach of Espanyol. 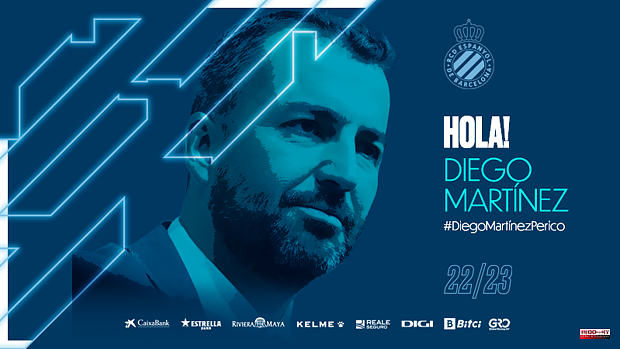 Diego Martínez is already the new coach of Espanyol. The Galician coach was presented this afternoon after reaching an agreement with Chen Yansheng, with whom he had been negotiating a few weeks ago. Mao Ye, parakeet general manager, recognized this past Sunday that Martínez met the profile they were looking for and, although there were other options, the priority was the coach from Vigo. Diego Martínez has thus become the eighth coach of Espanyol since the Rastar group bought the entity in 2016. The name of the coach is added to that of Quique Sánchez Flores, David Gallego, Rubi, Machín, Abelardo, Rufete and Vincent Moreno. Espanyol, therefore, has made the first important decision of 2022-23.

With the technician already tied, the club will begin to address the folders of renewals, departures and signings.

"We are starting a new stage with one of the most promising coaches in LaLiga", explained Mao Ye when introducing Martínez. “We had a very clear direction and the person we wanted to lead this project. The chosen one was Diego. We have a wonderful challenge ahead. He is a natural leader. We need ambition to start this project, "added the sports director, Domingo Catoira. “I am tremendously excited to join a club with an extraordinary history and prestige. The conviction existed from the beginning. We share a vision of the present and the future. We are looking forward to getting down to work and continuing to grow together”, were the first words of Diego Martínez.

“When you take a step like this, you have to be clear that it is your project. Cradle parrots spoke to me of a feeling that was perceived as something unique and I was attracted to be part of it. And from within, I want to build something together. I have always taken the steps I wanted to take and I felt that way », explained the coach to justify his decision. Martínez spoke about the project: «One of the things that attracted me the most was the clarity and directness of Domingo Catoira. I want to grow by growing. I have been a year that, as a coaching staff, could nurture us and improve being a year in England. We feel that now we are more complete. You don't know if the opportunities are going to come to you, but it's up to you to be prepared to take advantage of them if they come to you»

“We are a club that wants to grow. We have solid foundations and from there we want to grow. Now there have to be inputs and outputs, adjusting a tremendously complicated economic puzzle... We want a team that hopes and transmits, that we all feel represented, "Martínez continued. And he added: “Our goal is to build the best possible squad and create a style of play that appeals. I'm ambitious and I think we can achieve things that we didn't even imagine."

«I like to start from scratch, with a blank sheet of paper. Then we will build the road. I am not going to go into proper names, the only thing I know is what we want to be, that the team be the star and get excited and transmit what we want to be as a team », he explained about the current squad.

1 Nadal - Djokovic: schedule and where to watch the... 2 Másmovil increases its income by 39% in the first... 3 The Supreme ratifies the reviewable permanent prison... 4 A fire in Irun leaves two people hospitalized and... 5 Carriedo expects an agreement in Siro and guarantees... 6 Madrid has already recovered 98.2 percent of GDP prior... 7 CD Toledo already has a coach for its year in the... 8 Don Felipe receives this Wednesday the president of... 9 The minor from Igualada, with no memory of the rape:... 10 Ajofrín, Mazarambroz and Villaminaya promote the... 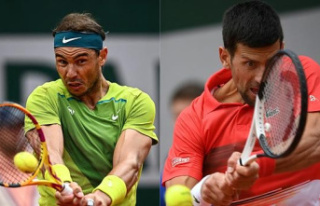 Nadal - Djokovic: schedule and where to watch the...