COVID-19: the threshold of one million deaths crossed in the United States

The United States crossed the threshold of one million deaths from COVID-19 on Thursday, the White House announced, but, like New York brought to its knees in 2020, the country wants to turn the page on the pandemic. 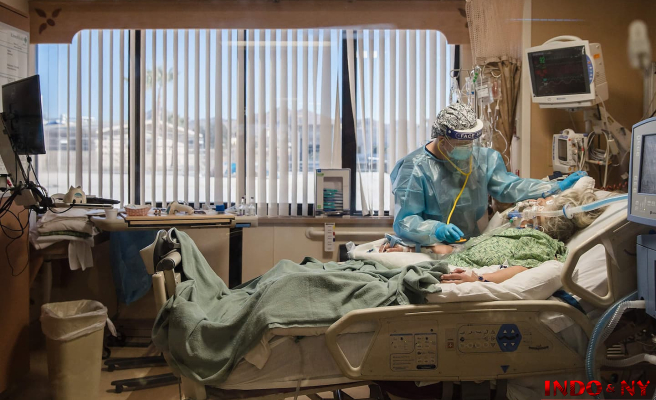 The United States crossed the threshold of one million deaths from COVID-19 on Thursday, the White House announced, but, like New York brought to its knees in 2020, the country wants to turn the page on the pandemic. .

• Read also: Protective equipment during the pandemic: $1 billion lost for having acted more than a month late

• Read also: COVID-19: the health situation is “going in the right direction” in Quebec

"We must remain vigilant in the face of this pandemic and do everything we can to save as many lives as possible, as we have done with more tests, vaccines and treatments than ever before," the president said. Joe Biden in a statement.

After several months of decline in the coronavirus pandemic in the officially most bereaved country in the world (ahead of Brazil, India and Russia), the United States has been recording a daily increase in the number of cases for the past month.

The country that lifted the mask requirement, now only advised indoors, is seeing a rebound in the number of cases due to Omicron subvariants. However, its effects seem less serious on a population completely vaccinated at 66%, and more than 90% for those over 65, while a fourth dose of vaccine is only open for the moment to those over 50. years.

After more than two years of pandemic and several waves of variants, the United States intends however to turn the page on COVID-19.

Thus New York, an economic and cultural magnet, seems to have regained its legendary effervescence.

New Yorkers, American and foreign tourists return to the theaters of Broadway, photograph themselves under the giant digital advertising signs of Times Square, climb the Statue of Liberty, ride in carriages in Central Park, on foot and by bike on the bridge from Brooklyn, rush to the most beautiful museums in northern Manhattan...

So many attractions which have been gradually reopening since 2021 and have made the world reputation of the megalopolis of 8.4 million souls.

Midday and evening, the traffic is again hellish in the center of Manhattan, its financial and commercial lung.

The queues are getting longer in front of the tens of thousands of restaurants, stalls, take-out trucks for white-collar and blue-collar workers. The trendiest terraces in Manhattan and Brooklyn are once again crowded.

"We've been waiting for this return from New York for a long time," breathes Alfred Cerullo, who heads the Grand Central Partnership, a pro-business lobby in Manhattan. "Without a doubt," he told AFP, "we feel the energy of people in the street."

The contrast is striking with the nightmarish spring 2020.

Epicenter of the pandemic, the “city that never sleeps” had been empty for weeks, deserted like in a science fiction film.

The huge thoroughfares of Manhattan and Brooklyn were buzzing only with the anxiety-inducing sirens of the emergency services, with overwhelmed hospitals and morgues forced to store the bodies of COVID victims in refrigerated trucks.

Janice Maloof-Tomaso, a nurse who worked near Boston at the time, recalls that many caregivers could not bear to "see death". "Some were traumatized, and many left."

About 40,000 New Yorkers have lost their lives to COVID since the spring of 2020, and both the island of Manhattan and the gigantic neighborhoods of Brooklyn and Queens bear the scars of the pandemic.

Lacking customers for months, thousands of small businesses have gone out of business, their windows still covered with wooden boards or posters of real estate agents.

Among these small store owners, Frank Tedesco runs a jewelry store in the very upscale Westchester County, north of the Bronx.

He confides to AFP that he saved his shop in 2020 thanks to public aid and his own heritage, but he feels "obviously worried", because he does not "(know) what will happen" and how he could withstand another economic “shock” caused by a return of the epidemic.

New Yorkers remain on their guard. The mask is still very common on the street and indoors - and mandatory in transport.

And telecommuting has become commonplace: according to the weekly barometer of the security company Kastle, the office occupancy rate in New York still peaks at 38%.

The boss of the investment bank Goldman Sachs, David Solomon, admitted on May 2 that the rate of employees returning to the office was just 50 to 60% of the workforce, compared to 80% present before COVID.

The United States crossed the threshold of one million deaths from Covid-19 on Thursday, unimaginable two years ago.

It is the first country to pass this terrible milestone, although experts warn that the true toll is certainly higher.

Here are five things to know about the pandemic in the United States.

With more than one million deaths nationwide, the coronavirus has killed around one in 330 Americans, one of the highest death rates among developed countries (around 1 in 379 in the UK, or 1 in 455 in France).

In all, more than 203,000 children in the United States have lost a parent or someone else in their care, according to a study that highlights the "profound impact" of the pandemic on American youth.

At the height of the Omicron wave, the country also recorded more than 800,000 cases per day on average, for a total that now stands at more than 82 million cases, but this figure is probably underestimated, given in particular the lack of tests at the start of the epidemic and now the success of self-tests, which are not systematically reported to the authorities.

If the western United States was hit first, New York, the country's cultural capital and world hub, located on the east coast, then took the brunt of the impact of the virus.

From a city that never sleeps, the Big Apple has become a dead city, with its deceased piled up in refrigerated trucks, its deserted arteries... Its wealthiest inhabitants then left the city, while the less privileged were confined.

The megalopolis, which remains traumatized, has so far totaled more than 40,000 deaths from Covid-19, most of them during the first wave in the spring of 2020.

Criticized for his slow reaction or the way he first minimized the scale of the disaster to come, ex-president Donald Trump then contributed to the development of a vaccine by launching the “Warp speed” initiative .

This operation consisted in injecting billions of dollars of public money into the search for a vaccine, in particular allowing pharmaceutical companies to conduct their expensive clinical trials.

Result: the first vaccines - those of Pfizer-BioNTech and Moderna - were authorized in emergency by the American drug agency in mid-December 2020, less than a year after the first cases in China had been made public.

In the politically very polarized United States, few social issues have split as much as masks or vaccines.

Between progressives defending physical distancing, masks and injections, and conservatives rejecting any intrusion by the authorities into their individual freedoms, the battle raged to the top of the state, between a Donald Trump who only wore the mask backwards and a Joe Biden vaccine champion.

From schools to planes to businesses, the question of the mask has led to many disputes, which have sometimes gone as far as gunshots.

Latest twist to date: a Florida judge appointed by Donald Trump lifted the obligation to wear a mask in public transport in April, a decision which the federal government has appealed.

The infection rate in the United States is on the rise, possibly due to the effect of subvariants of Omicron.

While it had dropped to 25,000 daily cases in March, the country is now recording a seven-day average of some 78,000 cases, according to the main US health agency.

1 Angèle Dubeau confides in Richard and Sophie 2 North Korea fired 'ballistic missiles' 3 In gymnastics, repeated abuse scandals 4 United Kingdom: more than a hundred fines imposed... 5 Tribute to a Palestinian journalist killed, calls... 6 Tom Cruise and Cronenberg in Cannes: the 75th edition... 7 The “Pfizer documents”: beware of this avalanche... 8 Bianca Andreescu advances in the quarterfinals in... 9 World Hockey Championship: the "A" for Josh... 10 Cascades: a “disappointing” performance for the... 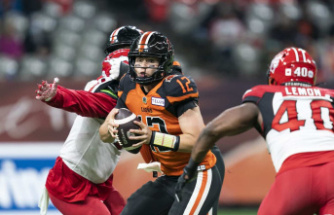 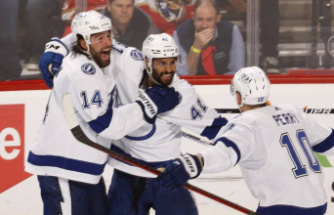 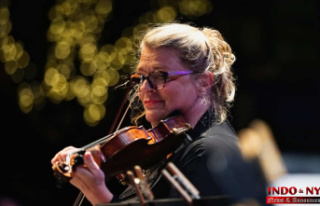