Covid-19 in China: Hundreds of students protest at Peking University against restrictions

It is an unusual gesture of defiance. 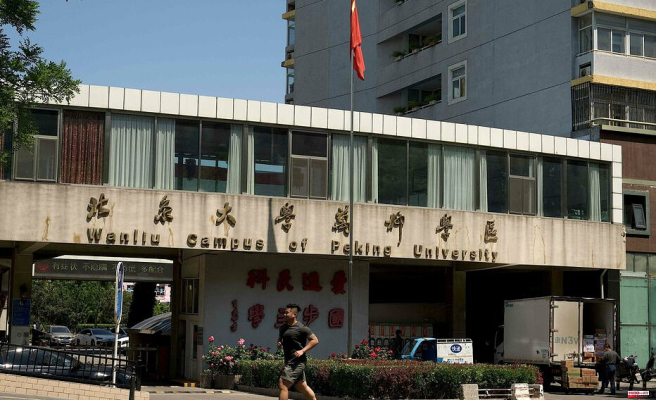 It is an unusual gesture of defiance. Hundreds of students at the prestigious Peking University protested on Sunday evening against a strengthening of anti-Covid measures. Because the Chinese capital has been the subject of strict restrictions since the beginning of May, with almost daily screening tests and strong incentives to work from home. Restaurants and other non-essential businesses are closed and many residences are placed under confinement.

Even though the metropolis of more than 20 million inhabitants has recorded only a thousand cases in recent weeks, the communist regime remains committed to its “zero Covid” policy. But more than 300 students, confined to their dormitories for a week, demonstrated on Sunday evening inside the Wanliu campus, one of the sites of the vast University of Peking, said several students who requested anonymity by fear of punishment.

The Cradle of the Tiananmen Protests

In videos whose content has been verified by AFP, students can be seen repeating slogans and jeering at a university official. A deputy principal of the University finally addressed the demonstrators using a megaphone, calling on them to “rejoin (their) dormitory in peace”, according to a video transmitted by a student.

Viral video from Peking University in

University authorities then promised to allow students to join the main teaching campus and have meals delivered. Contacted, the management of "Beida", as Peking University is nicknamed, refused the qualifier "demonstration", simply evoking "students who expressed their demands".

Read also“Zero Covid only works if the country is in a vacuum”: why China is caught up in the epidemic

The prestigious university was in 1989 the cradle of the Tian'anmen demonstrations for democracy, which were to end in a bloodbath on the night of June 3 to 4, 1989. As such, it remains under surveillance like milk on the fire. by power. “Today we have seen the protest tradition of Beida students rise from its ashes,” greeted a user on the Weibo social network, in a comment promptly censored.

An anger that is still rising in Shanghai

The discontent is also notable in Shanghai, the most populous city in the country, whose 25 million inhabitants have been in quarantine since the beginning of April. Wanting to give some hope to the population, the authorities announced on Sunday a “step-by-step” reopening of businesses – a prospect that does not change anything for the millions of people still confined to their homes.

After exceeding 25,000 daily cases at the end of April, Shanghai reduced its toll to less than a thousand new infections on Monday. The Chinese economic capital has also recorded nearly 600 deaths since mid-March. Figures remain minimal compared to the rest of the world

1 Esteban maintains that "Andueza says a lot of... 2 Jasikevicius: "Madrid is getting hungrier against... 3 Raúl García suffers an injury to the hamstring muscles... 4 Chiellini says goodbye to Juventus: "Thank you... 5 At least 17 militiamen and gudaris were buried in... 6 Here's what you need to know about the rebate 7 The accounts of a last day less unified than ever 8 Legislative 2022: who is a candidate in your constituency? 9 They identify six people for an obscene 'performance'... 10 The cathedral of Palencia will host the exhibition... 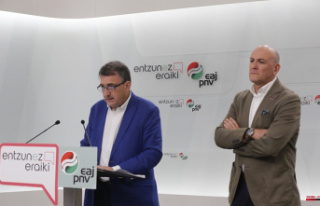 Esteban maintains that "Andueza says a lot of...