Chinese participation: Criticism of port deal: "Wrong signal for all of Europe"

The Federal Cabinet has agreed on a compromise in the dispute over the entry of the Chinese state-owned company Cosco in a container terminal in the port of Hamburg. 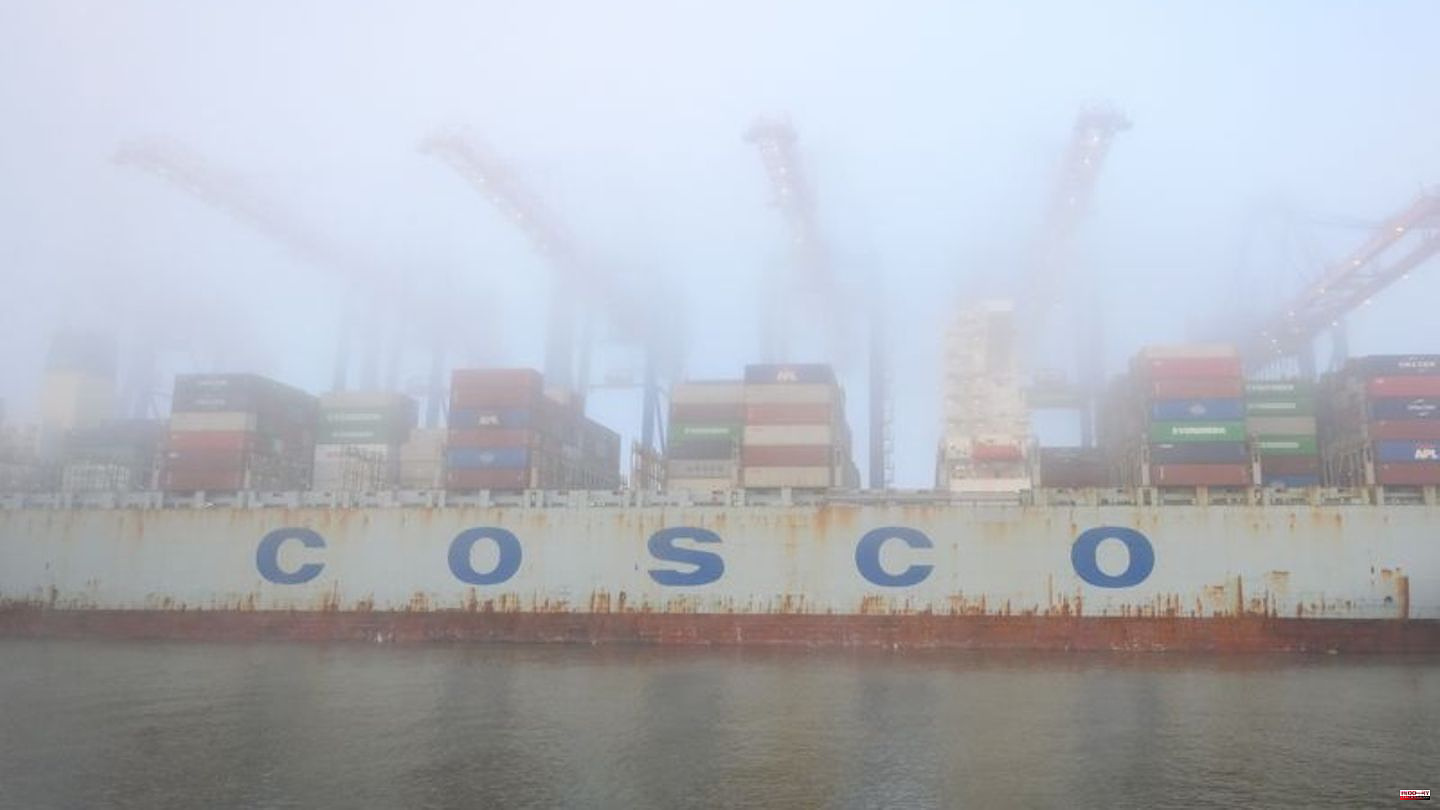 The Federal Cabinet has agreed on a compromise in the dispute over the entry of the Chinese state-owned company Cosco in a container terminal in the port of Hamburg. As the Ministry of Economic Affairs announced, a so-called partial ban was decided.

Accordingly, the Chinese can only acquire a share of less than 25 percent in the container terminal in Tollerort. Any further acquisition above this threshold is prohibited. Cosco originally wanted to acquire a 35 percent stake.

In addition, special rights were prohibited, according to the ministry. This prevents a strategic stake in the terminal and reduces the acquisition to a purely financial stake. The reason for the partial ban is that there is a risk to public order and safety. The threshold of 25 percent cannot be exceeded in the future either without a new investment assessment procedure.

It was also said that Cosco would be prohibited, among other things, from being granted contractual veto rights in strategic business or personnel decisions.

Experience with Russia weighs on Deal

The compromise is controversial in the traffic light coalition. Under the impression of recent experiences with Russia and the dependence on its gas supplies, a political dispute broke out over the question of whether Chinese participation should be allowed. Federal Minister of Economics Robert Habeck warned of new dependencies.

The Ministry of Economic Affairs had examined an agreement concluded in September 2021 between the Hamburg port logistics company HHLA and the Chinese terminal operator Cosco Shipping Ports Limited on a 35 percent Chinese stake in the HHLA terminal in Tollerort. Habeck wanted to completely ban Chinese entry. Other ministries wanted this too.

However, according to media reports, the Chancellery urged the entry to take place. If the cabinet had not decided this week, the sale would have been automatically approved as originally agreed between Cosco and HHLA.

Steinmeier: "We must reduce one-sided dependencies"

Federal President Frank-Walter Steinmeier warned against becoming too dependent on China. "For the future it means we have to learn lessons. And learning the lesson means we have to reduce one-sided dependencies wherever possible, that also applies to China in particular," Steinmeier said during his visit to Ukraine on ARD-" Topics of the Day".

"It is very important that we talk much more intensively with China's neighbors, who certainly cannot replace our trade relations, economic relations with China. But Southeast Asia is an area with 700 million inhabitants, where I think we have the relationship with East Asia to rebalance."

The CDU chairman Friedrich Merz called for a reassessment of the relationship with China. After the beginning of the Russian war of aggression against Ukraine and the party congress of the Communist Party, the question was "whether we should continue to give such a country access to our really critical infrastructure," said Merz in the ARD "Morgenmagazin". "And for me, the focus is not primarily on financial aspects, but on political-strategic ones."

CSU Vice and head of the European People's Party (EPP), Manfred Weber, also criticized. "With its decision on Cosco's entry into the port of Hamburg, the federal government is sending the completely wrong signal for the whole of Europe," said the chairman of the centre-right group in the European Parliament. The approach should be to rely on reciprocity. "The Chinese government would never allow European state-owned companies to buy their infrastructure," Weber said.

He does not want to accept the argument of possible competitive disadvantages. Hamburg argues that other ports in which Cosco is involved are preferred. This is exactly what speaks for a coordinated European approach, said the CSU party leader. The SPD "unfortunately did not learn from their naivety with Nord Stream 2".

Chancellor Olaf Scholz had criticism of the decision rejected by a government spokeswoman. When asked why Scholz ignored warnings from specialist departments, she said that the Chancellor had made it clear that it was not about selling the port, but "only" about a stake in a single terminal. The relatively small stake does not open up any strategic influence for the Chinese company.

Scholz is aware of the dimension of the decision. A stake of 24.9 percent does not create any strategic dependency in the balance, according to the spokeswoman. The decision has nothing to do with the Chancellor's upcoming trip to China.

In Hamburg there was concern that if the deal failed, Cosco could relocate business to the larger competing ports of Rotterdam or Antwerp, for example. The world's largest exporter, China, is by far the most important trading partner of Germany's largest seaport, accounting for around a third of the containers handled.

The FDP parliamentary group leader, Christian Dürr, has called for consequences as a result of the dispute over Chinese entry into Hamburg. He said: "The Cosco case shows that the current legal situation no longer fits geopolitical reality. The FDP made it clear from the start that a 35 percent stake for the Chinese shipping company in the operator of the Tollerort terminal is not possible with it. "

"The foreign trade law from the time of the Union-led federal government must now be changed quickly so that we can also have an influence with a shareholding of less than 25 percent," says Dürr. "For investments in critical infrastructure - and expressly also in operators of critical infrastructure - active approval must be required in the future." The FDP will work for this. He expects a proposal from the responsible Federal Ministry of Economics in the near future.

1 Emergencies: Dozens injured after strong earthquake... 2 Shortly before the goal: Spanish football fan who... 3 TSG Hoffenheim without Munas Dabbur for a long time 4 Comeback is still being postponed: This is the situation... 5 "Bares for Rares": "This is really... 6 James Cameron: Filmmaker criticizes DC and Marvel... 7 EU Commission: Real-time transfers should become the... 8 Retail: Electronics retailer Ceconomy exceeds expectations 9 Michelle Hunziker: That's about a love comeback... 10 Bag trend 2022: The baguette bag: How to style the... 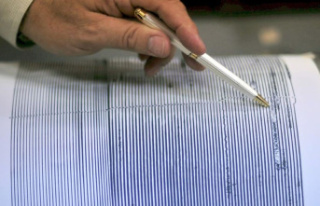