Enea Bastianini emerged as the great protagonist of the French GP with her victory at Le Mans. 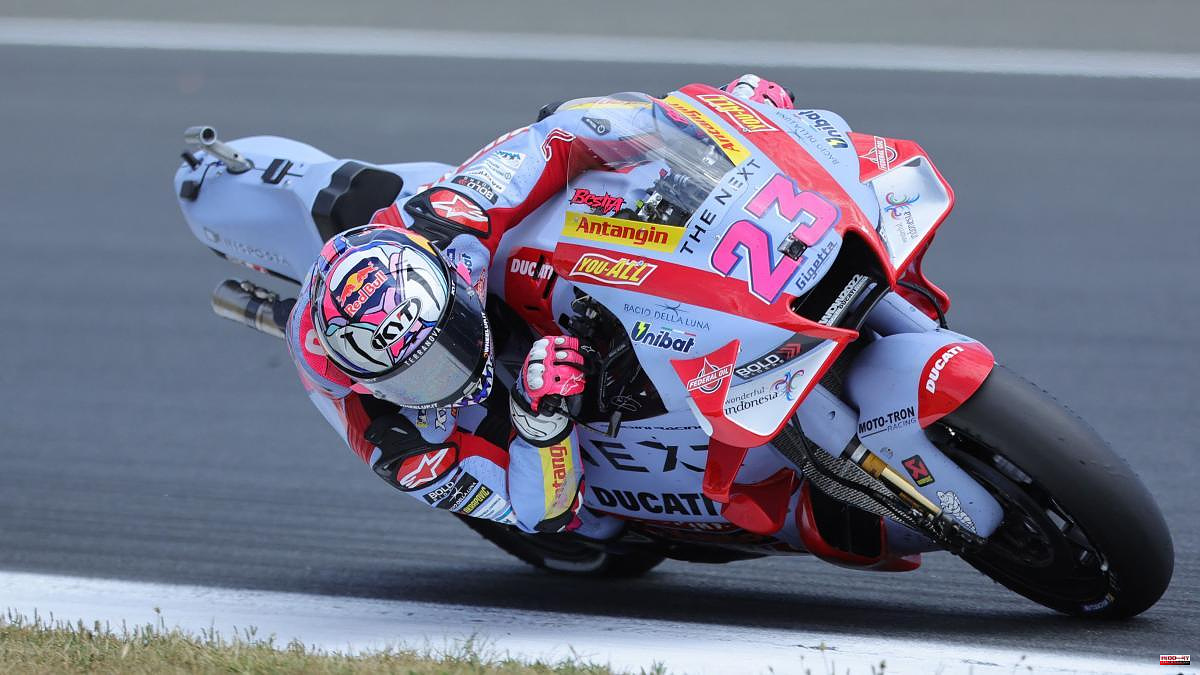 Enea Bastianini emerged as the great protagonist of the French GP with her victory at Le Mans. Enea, the unexpected. The Italian eclipsed the two great favorites, a Pecco Bagnaia who fell when forcing the chase on his countryman, and a Fabio Quartararo who faltered again in his home Grand Prix, 4th.

The start of the French career was revolutionary. The most reputable heads rolled. First, that of Bagnaia, surpassed at the start by his teammate Miller, who was stratospheric at the start; then, that of Quartararo, the great favorite, who fell from 4th to 7th, and was later overtaken by Marc Márquez, sending him to 8th place; and in third place, Aleix Espargaró, who had a terrible start due to his clutch problems, and fell back from 3rd on the grid to 6th.

On the contrary, Bastianini came to be second at the start and settled in third place and Mir in fourth, the most prominent climbing. In addition to Márquez, who went from 10th on the grid to 7th with a spectacular double overtaking at turns 13-14 over Nakagami and Quartararo, who regained the position a few laps later. Álex Rins, who had come to ride third, crashed on the third lap after going too far under braking.

At the head of the race there was relief soon. Bagnaia imposed his hierarchy on the team over Miller, who did not put up any resistance on the fourth lap for the Italian to take command. It was Quartararo's turn to come back from 6th place to minimize the damage, since he could hardly claim victory in the remaining 22 laps.

The animation was put by Bastianini, who stuck to the two official Ducati to fight for the victory. With 16 laps to go he dared to overtake Miller and go after Bagnaia. More off the hook were Mir, Aleix, Quartararo. And further away, at 2.8 and with difficulties to follow them, Márquez in 7th place.

The picture was clearing ahead. Bagnaia opened a small gap of 3 to 5 tenths on Bastianini and Mir went down when he was 4th, so Miller breathed easier keeping the podium. Although he had Aleix and Quartararo less than 1 second away. In 6th place, Márquez struggled to hold off an impetuous Zarco, who was quick to overtake him.

The outcome of the fight for victory began to be drawn by Bagnaia and Bastianini with 7 laps to go, when both had opened a 2-second hole over Miller. Enea launched an attack, took the lead, Pecco angrily regained the position, but a few corners later the official Ducati slipped in and Bastianini picked up the gift to take the lead and open a gap of 8 tenths.

It was the undoing of Bagnaia, who wanted to recover the distance, pushed too hard at turn 13, very slowly, and went down. The Beast took off alone for his third victory, the driver who has won the most this year. In fact, the only one who has repeated the victory this year.

Behind the fight for the podium was encouraged. Miller remained second, isolated, with 1.8s over Aleix and Quartararo, who in the last 5 laps had a duel for the third place.

On the last lap, Quartararo squeezed Aleix Espargaró, but the Catalan bravely defended his third position, the fourth podium since winning in Austin, the third in a row. The one from Granollers is entrenched in second place in the World Cup, 4 points behind Quartararo, who will continue to be a prophet in his land. France continues without a home winner in its GP in MotoGP. 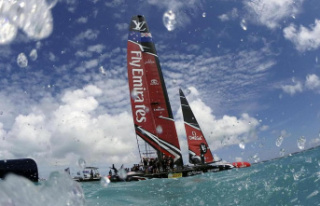 Barça will have two teams in the Copa América in...