The president of the Community of Madrid, Isabel Díaz Ayuso, unveiled this afternoon the new structure of the Popular Party that she will preside over, during the presentation speech of her candidacy. 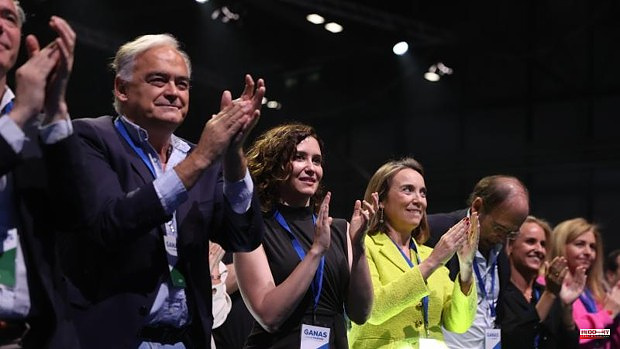 The president of the Community of Madrid, Isabel Díaz Ayuso, unveiled this afternoon the new structure of the Popular Party that she will preside over, during the presentation speech of her candidacy. Before the voting begins, Ayuso has broken down her project to open a new stage in the party's history, after her traumatic breakup with Pablo Casado.

In this new structure, the mayor of Madrid, José Luis Martínez-Almeida, will play a fundamental role, as he is incorporated into the party's steering committee and includes councilors Inmaculada Saanz and Oscar Fanjul, among others.

Ayuso has created four deputy secretaries, the one for Organization and Territorial presided over by Ana Millán, made up of the secretary for Municipalities: José Antonio Sánchez Serrano; of Districts: Alberto González; Organization: Rocío Alcántara; Mobilization: Lola Martínez Ojeda; and parliamentary coordination: Percival Manglano.

The Deputy Secretary for Political Action will be in charge of Jesús Moreno, and integrated in the Participation area by Ana Collado; of Studies and Training by Álvaro Ballarín; of attention to the citizen: Isabel Vega; and arguments: Alejo Miranda

Inmaculada Sanz will be the Deputy Secretary of the Sector, which will be made up of the Secretary of the Economy headed by Daniel Rodríguez Asensio; of Health: Elena Mantilla; of Education: Rocío Albert; housing: José María García; Environment and rural: Eva Gallego; transportation: Carlos Segura; Social Affairs: Borja Fanjul; Disability: Ana Dávila; Family and Birth Rate: Carla Graciano and Culture: Daniel Rodríguez Martínez

The Mayors Committee will be chaired by Ignacio Vázquez Casavilla; the Electoral Committee by Carlos Díaz-Pache; the Legal by Paco Galeote and the Affiliations by Nikolay Yordanov.

The PP candidate thanked Alberto Núñez Feijóo for letting her design her new team "without tutelage", although she stressed that "she could afford it".

Ayuso demanded of his team "work, work and work" and warned that "comfort is out of place. It is mandatory to consider every minute how to do the task. In this sense, he affirmed that there is no “wasting time or making others lose it” and that the PP “cannot be a club of friends. You have to be a server and, if not, to your house ».

The president pointed out that "I do not want a PP government without a demonstration at the door" and advocated a party "without egos, or grudges", stressing that "she wants young people from the Popular Party and not old people from New Generations"

1 The sunflower area is increased by 17% this campaign... 2 Castilla-La Mancha closes the week with 12 admitted... 3 The Barcelona Court acquits a convict of assaulting... 4 Guardiola: "I would say that it is more difficult... 5 Bale's invisible farewell 6 Horror in Bucha: a video documents the execution of... 7 Russia will create 12 military bases in the west before... 8 Macron appoints a new government that combines renewal... 9 The first Grande of Xabi Gorospe, the Basque caddy... 10 PSG-Metz: the program of festivities for the celebration... 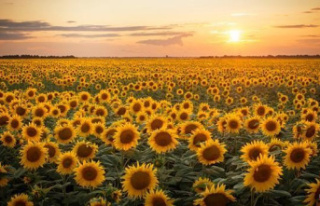 The sunflower area is increased by 17% this campaign...