Almost a month after the presidential elections in France and three weeks before the legislative elections, the presidency of the French Republic announced this Friday the composition of the new government, led by Prime Minister Élisabeth Borne. 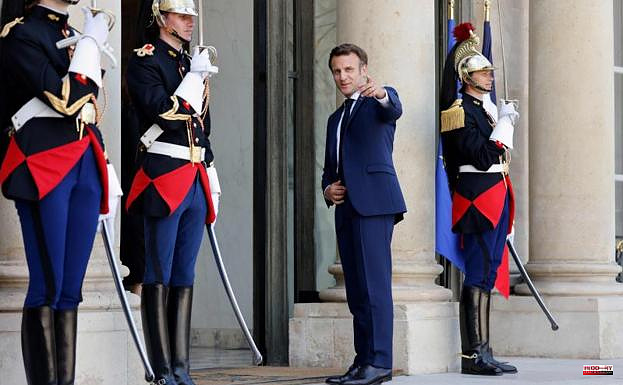 Almost a month after the presidential elections in France and three weeks before the legislative elections, the presidency of the French Republic announced this Friday the composition of the new government, led by Prime Minister Élisabeth Borne. The first Council of Ministers of the new team will take place next Monday.

It is a government that combines renewal and continuity. They repeat heavyweights from the previous team and there are surprises in Foreign Affairs and Education. A balance is maintained between figures coming from the left and the right. It is a parity government: 14 men and 14 women, including Élisabeth Borne, the second woman in French history to occupy Matignon.

As tradition dictates, the secretary general of the Elysée Palace, Alexis Kohler, was in charge of reading the names of the members of the Élisabeth Borne government. He did it on the steps of the Elysee surrounded by cameras, putting an end to the suspense and rumors of recent days about the constitution of the new government.

In addition to Borne, who has been a minister three times in Macron's first term, three heavyweights from the Jean Castex government are repeating their position: Economy Minister Bruno Le Maire; Justice, Éric Dupond Moretti; and the head of Interior Gérald Darmanin. A clear commitment to experience and continuity.

Borne, who until she was appointed prime minister was in charge of the Labor portfolio and comes from the left, will be replaced in the post by Olivier Dussopt. At the head of the Ministry of Defense will be Sébastien Lecornu; while Brigitte Bourguignon will have the Health portfolio; the centrist Marc Fesneau, that of Agriculture; and Rima Abdul-Malak, from Culture.

Olivia Grégoire, until now Secretary of State for Social Economy and Solidarity, has been appointed government spokesperson, replacing Gabriel Attal, who will be delegate minister in charge of Public Accounts. Grégoire was the girlfriend of the former French Prime Minister and former Barcelona councilor, Manuel Valls, after his divorce from the violinist Anne Gravoin and before his marriage to the Catalan Susana Gallardo.

Catherine Colonna, French ambassador to the United Kingdom and former minister to conservative Jacques Chirac, will be the new head of French diplomacy. Her appointment at the Quai d'Orsay, headquarters of the Foreign Ministry, was a surprise, since she did not appear in the pools of the French press. Clément Beaune, Delegate Minister for European Affairs, will continue to be Macron's "Monsieur Europa".

Another surprise was the appointment of the historian Pap Ndiaye, a specialist in minorities, as Minister of Education. Ndiaye, of a Senegalese father and a French mother, was until now director of the National Museum of the History of Immigration in Paris. He is the author of "The Black Condition: An Essay on a French Minority."

The signing to the right of Damien Abad stands out, until now president of the Republican group in the National Assembly. Abad has been appointed Minister of Solidarity, Autonomy and People with Disabilities.

As expected, in the midst of the campaign for the legislative elections on June 12 and 19, the opposition harshly criticized the "casting" of Macron and Borne. Far-right Marine Le Pen sees it as a symbol of "Emmanuel Macron's incompetence and arrogance."

Jean-Luc Mélenchon, leader of La Francia Insumisa (the French Podemos), considered the composition of the new government "totally disappointing", since it includes "the main figures of social mistreatment and ecological irresponsibility".

Mélenchon, who dreams that Macron will be forced to appoint him prime minister if the union of left-wing parties achieves a majority in the National Assembly in the legislative elections in June, is convinced that this new government will last only one month, since after the elections there will undoubtedly be new changes.

1 The first Grande of Xabi Gorospe, the Basque caddy... 2 PSG-Metz: the program of festivities for the celebration... 3 Cepsa decides not to sell its chemical division due... 4 Santander will exclude Getnet, its payment service... 5 First suspected case of monkeypox disease detected... 6 A rare visit to Stade Saputo 7 The 'seedling' of Brussels in the cold treatment... 8 Criticism of 'Five Little Wolves' (2022):... 9 United States: Google's advertising activities... 10 Monkey pox: three cases in Belgium linked to a fetish... 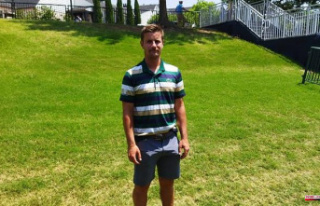 The first Grande of Xabi Gorospe, the Basque caddy...