Anti-Covid vaccine: no, it is not planned to receive “up to ten booster doses”

“Benjamin Castaldi, you have thrown a stone into the pond. 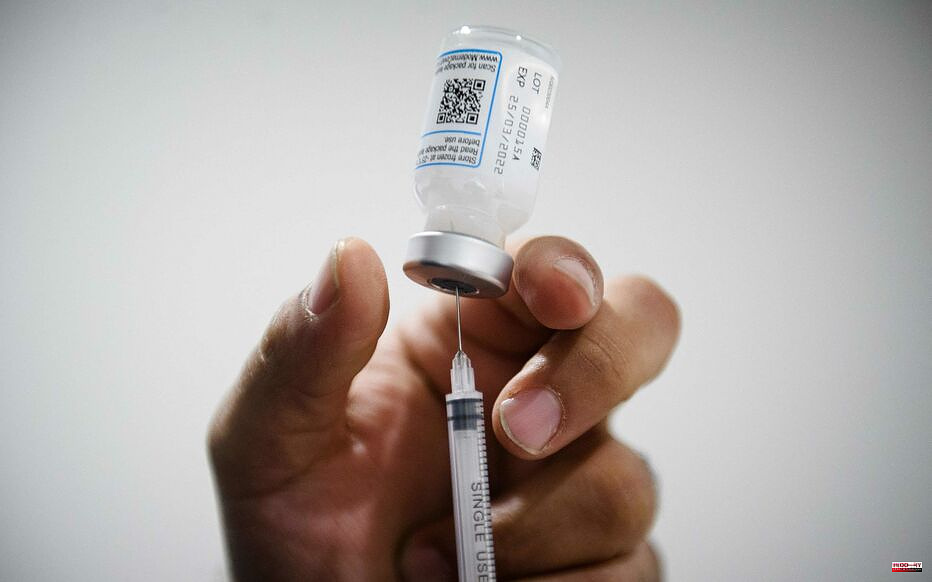 “Benjamin Castaldi, you have thrown a stone into the pond. This is crazy stuff. On the set of his show "Touche pas à mon poste" Monday evening, Cyril Hanouna returned to the statements of his columnist three days earlier.

Benjamin Castaldi said on Friday that the computer system available to health professionals provided up to ten doses of vaccine against Covid-19. Each inhabitant would thus have to receive several more booster doses. Which is misleading. We take stock.

What you may have read or heard

"It hasn't been announced, but it's in the software of nurses and doctors, we're going to go up to ten booster doses," Benjamin Castaldi said Friday evening. "It will be an encore every three months," he elaborated, sparking amusement and skepticism among the other people on set.

Relaunched on Monday evening on the same show (this time in the presence of the usual host Cyril Hanouna), the TV columnist judged "obvious that we are going to go to ten doses". His point is quite confused, since he speaks successively of seven, nine and ten doses.

"Who understood what he said?" Benjamin Castaldi announces that the government could count on 10 booster doses: Is he irresponsible? It is explained in

Over the weekend, screenshots of the Covid Vaccine interface, used by health professionals to fill out the files of their patients who are being vaccinated, circulated a lot on social networks. It can be seen, in fact, that the system allows you to go as far as a "7th vaccination" in the search engine.

And here is the vaccination record sent by a Dr@ansm how can there be 7 doses planned without any clinical trial results on doses 5,6, 7? Do you do clairvoyance now?@OPECST_ @v_joron @alainhoupert @MicheleRivasi @TPMP thanks for the info pic.twitter.com/nsV0fw1gUC— Christine Cotton (@ChrisCottonStat) May 14, 2022

What is the reality ?

Several health professionals confirm the veracity of this interface. "There is the possibility of going up to seven doses, to update a patient's vaccinations following a first administration," says a pharmacist. Like many of her colleagues, she "never had to register beyond four doses" (the first two doses of a complete vaccination schedule and then two booster doses).

Contacted by Le Parisien, the Health Insurance indicates that "this possibility concerns only the exceptional situations of immunocompromised people". These, eligible very early for the booster dose, are in fact much less protected by vaccination, the effectiveness of which drops rapidly.

"For severely immunocompromised people, the initial schedule was three doses, then a first booster in July 2021, a second booster last fall and a new booster in January", develops Yvanie Caillé, founder of the Renaloo association.

Read also“Protect yourself, protect us”: the appeal of the immunocompromised, worried about the end of wearing a mask

Thus, some people may have a record of at least six injections, even if the case remains very infrequent. "The objective is to cover the rare cases which may have a high number of injections, up to seven exceptionally", concludes the Health Insurance. Among residents who are not immunocompromised, only those over 60 are up to date eligible for the second booster dose (known as the "fourth dose").

1 The recommendations of the Court of Auditors less... 2 Army deployed to help fight outbreak in North Korea 3 Feijóo criticizes the lack of "foresight"... 4 After the heat, hail falls in Quebec 5 Germany sends Ukraine about 2,500 grenade launchers... 6 WOW 6: Enrique 'Wasabi' stars in a luxury... 7 The PSOE challenges the PP to answer for the Villarejo... 8 We can see "humiliating" that the emeritus... 9 Feijóo defends that the king emeritus "can return... 10 The CJEU admits claiming for the abusive clauses of...

At the age of 45: "Star Trek" star Annie Wersching dies of cancer

Transfermarkt: Report: Hertha wants to get new players after Bobic-Aus 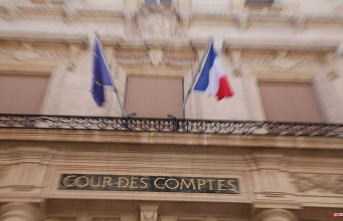 The recommendations of the Court of Auditors less...