We can see "humiliating" that the emeritus returns and charges against the monarchy: it is an institution "designed to commit crimes"

Echenique assures that more and more people do not understand that the Head of State is determined by "fertilization". 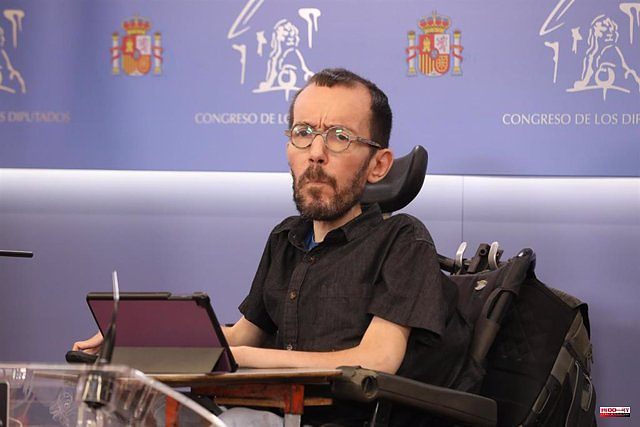 United We Can has branded that the foreseeable return to Spain of King Emeritus Juan Carlos I to attend the regatta is a "humiliation" of the country's popular classes and has emphasized that, in his opinion, "the social reproach" of the monarchy is clear , because more and more people do not understand that the Head of State is elected "by fertilization" and that he enjoys "impunity".

The spokesman for the confederal group in Congress, Pablo Echenique, has reaffirmed at a press conference that, in his opinion, the monarchical institution is "designed to commit crimes with impunity", to brand as "infamous" that Juan Carlos I returns from the Emirates to "laugh" at the Spaniards.

Beyond that return to the country after establishing his residence in the United Arab Emirates, he has stressed that there is a "structural" and "democratic" problem with the Royal House, since he understands that more and more people see the monarchy "something inappropriate for the 21st century and the European Union".

Moreover, Echenique has attacked the principle of inviolability of the monarch, contained in the Constitution, and the judicial interpretation that the Judiciary makes of this precept, which in practice guarantees "impunity" in the event of crimes being committed.

And it is in this perspective "deficit in democratic terms" where it frames that the Prosecutor's Office arrived, as it has related, the recognition of irregularities but that cannot be judged. In fact, he has launched that if the current King Felipe VI carried out the same activities as his father, he would also remain in "complete impunity".

Therefore, the leader of the purple formation has revealed that the attitude of Juan Carlos I will not have "judicial reproach", but he has deserved it from the "social" point of view and detects a discontent towards the monarchy that brings the "horizon republican".

In turn, Echenique has said that he understands that there are voices that seek to frame the debate on the monarchy in terms of "personal privacy", by contrasting the figure of Felipe VI with respect to the emeritus, but for his formation the question lies in the design itself of the Royal House, in terms of institution.

Asked if he expects any kind of explanation to society from Juan Carlos I, Echenique does not expect "accountability" during his return because it seems that the reason for his trip is focused "on eating well", seeing his friends and do regattas

His comrade in ranks and leader of En Comú Podem, Jaume Asens, has stressed that the king emeritus can return to Spain "on vacation", although the "shame" in the public after his behavior "has never gone away" and he deserves, as minimum, public explanations for their presumed "corruption".

However, Asens has criticized that the emeritus may be untrained in the discipline of sailing, but "not in haggling over taxes and sentences."

1 Feijóo defends that the king emeritus "can return... 2 The CJEU admits claiming for the abusive clauses of... 3 Alaba signs up for the Champions League final 4 Food voucher: amount, date, who will be eligible?... 5 Europe endorses ex officio restitution of everything... 6 Price of electricity, tomorrow May 18: the cheapest... 7 Joe Biden visits Buffalo to speak out against extremism 8 The Government approves the bill for sustainable fishing,... 9 Substrate AI debuts on BME Growth with a valuation... 10 The Covid leaves another 37 deceased and almost 5,000... 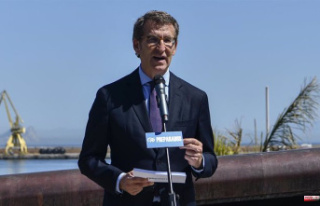 Feijóo defends that the king emeritus "can return...