An arrested and released a woman forced into prostitution in Valladolid, seduced by her exploiter online

Agents of the National Police Force have managed to free a woman who was forced to prostitute herself on the Renedo highway, in Valladolid, and who had been seduced by her internet exploiter, who has been arrested. 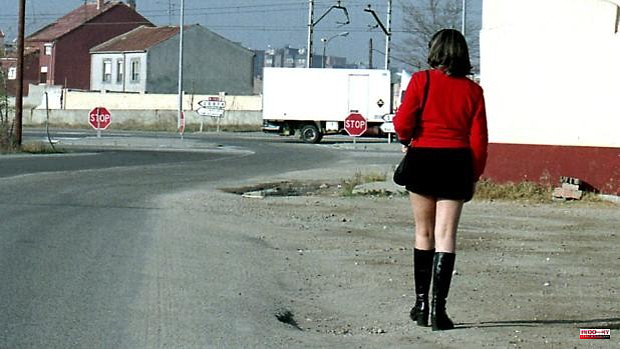 Agents of the National Police Force have managed to free a woman who was forced to prostitute herself on the Renedo highway, in Valladolid, and who had been seduced by her internet exploiter, who has been arrested. It is a male, 29 years old, and with four police records for the crimes he deals with human beings, sexual assault and crime related to prostitution.

On March 24, the agents dismantled a criminal group based in the Delicias neighborhood that exploited women to engage in street prostitution, on the city's Renedo highway. To do this they demanded the payment of a percentage of what they earned for sexual services.

Some of the victims did not agree to be exploited and controlled by third parties, so the group tried to submit them to its will in a violent way through threats both direct and through family members and attacks.

The group had captured several victims through the internet through false promises linked to sentimental relationships with the leaders and once in Valladolid they were sexually exploited.

In this second phase of the so-called Craiova Operation, the agents located a woman in Murcia, identified as a victim of human trafficking and heard in a statement at the offices of the Provincial Immigration and Borders Brigade of this province.

She recounted how, through another victim, she was put in contact with the person who would be her exploiter, the leader of the criminal group, who seduced her and managed to make her fall in love with him, both starting a romantic relationship through the internet.

After a few months, and after promising her a future together as a couple in Valladolid, using the recruitment method known as 'lover boy', he promised her 1,000 euros a day in the practice of prostitution. In March, the victim traveled from Murcia to Valladolid.

As soon as they arrived at the home of the now detainee, and in the face of the reticence of the victim, who was beginning to realize that she had been deceived, he violently forced her to have sexual relations and withdrew her documentation, thus increasing her vulnerability and ensuring his complete submission.

The now arrested forced the victim to prostitute herself for a week on public roads in harsh conditions, with temperatures below zero and during marathon days, keeping all the money that the victim obtained for sexual services. His exploiter and leader of the dismantled criminal group was the one who established the rates he had to charge clients, and fixed what kind of relationships he had to maintain, even without a condom if the clients so wished, despite the risk that this entailed for his Health.

Thanks to the police action carried out last March against this criminal group in the first phase of the Operation, the victim managed to escape. The detainee was placed at the disposal of the Court of Instruction number 4 of Valladolid, which decreed his freedom with charges, reports Ical.

1 Merignac: Lulu in la Prairie remains open during construction... 2 2022-2023 academic year in Valencia: classes will... 3 Bordeaux: Wednesday, Lac beach opens 4 Paris Incident A person throws a piece at the Mona... 5 The Celtics knock down Miami and access the NBA Finals 6 According to its director general, the AP-HP has 1,400... 7 Why do we often wait in the emergency department? 8 The Russian elite sees in Putin's health the... 9 The own side of the bed is possible with the best... 10 «Valdebebas is a reference in the generation of the... 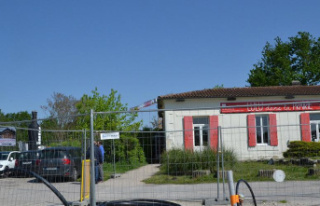