The Albacete Conference Center hosts this weekend the III Meeting of Knife Cities, which brings together artisans, distributors and fans. 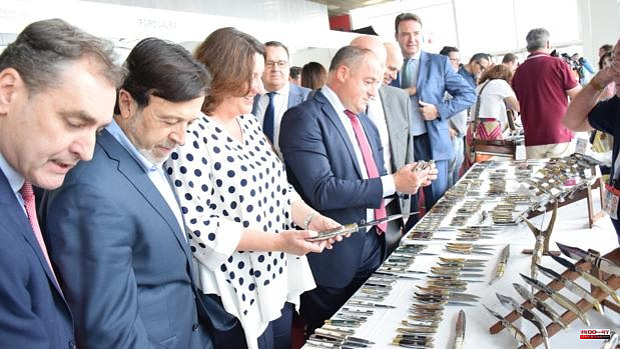 The Albacete Conference Center hosts this weekend the III Meeting of Knife Cities, which brings together artisans, distributors and fans. They have landed 16 delegations from eight countries (Austria, Germany, France, Italy, Portugal, Bulgaria, Argentina and Turkey), in addition to Spain, and it is estimated that some 6,000 visitors will pass.

The city of La Mancha takes over from Thiers (France), venue of the two previous editions. Albacete produces 90 percent of the national cutlery and exports an estimated volume of 35 million euros per year. For the mayor, Emilio Sáez, "it is a great pride that the world's knife capitals come together in a land where this sector is among its reasons for being, for its existence."

“A hundred companies, most of them family-owned, make their living from cutlery, and I am talking about artisans, industrial manufacturers, merchants and auxiliary companies,” said Sáez. Meanwhile, the president of the Diputación, Santiago Cabañero, declared: «Albacete becomes these days the capital of cutlery par excellence, where tradition and innovation go hand in hand to look to the future with hope». "It is paradoxical that an object made to cut can unite so many territories around the world," added Cabañero.

This Saturday morning there will be an exhibition with the pieces donated by all the cities that have participated in the previous meetings and the first working meeting of the eight museum institutions will also be held to agree on common projects. The programming will continue with the XII edition of the International Cutlery Fair 'Ibercut' and the III business convention between manufacturers and suppliers.

For her part, the Minister of Economy, Business and Employment, Patricia Franco, advanced the new Order of Bases of Crafts, which will increase by 70 percent compared to the previous call. Likewise, she recalled that the European Commission has initiated the processing of Protected Geographical Indication protection for cutlery. «The public and private sectors achieve the objectives and the autonomous community is capable of bringing its voice to Europe with historical facts. The European Union trusts in this wonderful legacy that must be protected, because cutlery unites us », she concluded.

1 Asaja to Toulon: «You are the only one who shows... 2 Arrested the alleged perpetrator of a stubble burning... 3 These are the cheapest hours of light this Saturday 4 They say: Salvadoran women are being held under an... 5 Prosecutors want to make sure that survivors of the... 6 The PSOE storms out to take over the pre-agreement... 7 Concern and controversy arose from the search for... 8 Amazon disappearance family: "He is innocent"... 9 As part of a new experiment, thousands of workers... 10 Bomb warning to not take an exam, simulate a kidnapping...... 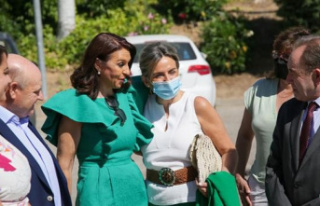 Asaja to Toulon: «You are the only one who shows...