Bomb warning to not take an exam, simulate a kidnapping... The great cost of false calls to 112

A call for a bomb warning not to take an exam at the institute and a kidnapping of minors who were in perfect condition are two of the examples that made the phones of the 112 emergency call room ring and triggered all alarms, forcing the mobilization of personnel and technical means for its correct resolution. 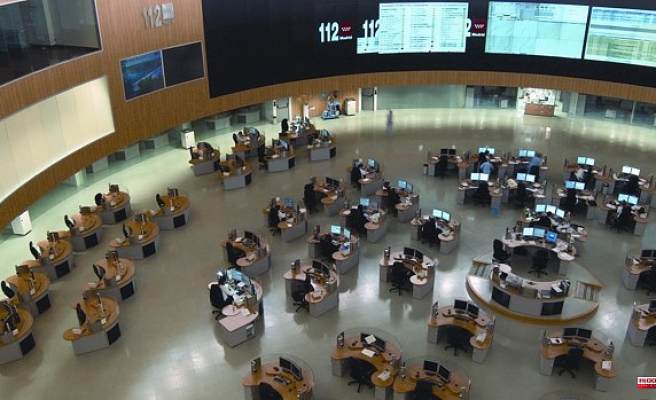 A call for a bomb warning not to take an exam at the institute and a kidnapping of minors who were in perfect condition are two of the examples that made the phones of the 112 emergency call room ring and triggered all alarms, forcing the mobilization of personnel and technical means for its correct resolution. The warnings, which existed, turned out to be false, causing a high cost both for the activation of resources and for the loss of time and the occupation of telephone lines that would have to be attending real emergencies.

Fortunately, the alerts to spread hoaxes are minimal, but the Community of Madrid is already working on a law -approved in the Governing Council, but which has not yet passed the parliamentary process- to curb possible negligence.

With the aim of dissuading bad intentions, any person who makes inconsequential calls that affect the efficiency of the service or from which accidents may arise with the mobilization of Civil Protection and Emergencies faces a serious infraction and may be fined between 1,500 and 30,000 euros.

"Calls with the intention of mobilizing troops are minimal, but it is very important that people know that a malicious call can consume resources that are necessary to have available for real alerts," explains Alejandro Martínez, director of the 112 Emergency Call Center. Martínez assures that education on emergencies is fundamental so that citizens know how to act, although every day, thanks to the training, they are "better instructed." “The number of calls received is getting closer to the number of emergencies that occur,” says the person in charge of the room, which receives more than 12,000 alerts every day.

“The problem comes when a call is made with the desire to generate mobilization. In addition to the cost it generates, and which is penalized as a very serious infraction, the important thing is that it is forcing the use of critical and limited resources in situations that may be necessary for other cases, "underlines the director of the center.

So low is the number of hoaxes that Martínez is able to remember examples that occurred years ago. “Some girls called about a bomb warning. These alerts were typical of when pay phones existed, because people thought that the call could not be traced. Juvenile unconsciousness led them to call during exams, although I think they did it from a telephone with a headline », he recalls. The case ended up in the Juvenile Prosecutor's Office and a great lesson was imposed on them: receive them at the 112 call center and explain to them what what they had done meant, the alarm generated, but with images of real explosions. “That helps more than any fine,” says Martínez.

There was another negligence: minors who pretended to be kidnapped. «He had all the emergency services, mainly the security services, very attentive, until it was determined that it was not real. They tried to locate where the call was coming from and where they were, consuming a lot of time because the information was very poor », he says. That 'funny call' affected the efficiency of the service.

"The possibility of a sanctioning system is important from the point of view of deterrence," says Martínez: "But the most important thing is a correct use of 112, which assumes all calls, sometimes, with subjective emergencies or to get information about an event being viewed. Based on the fact that the cases are minimal, the managers have a great preparation and experience, so they are very skillful when it comes to knowing how to distinguish ».

There is also the figure of frequenters, people with mental illnesses who call repeatedly. “They are easy to manage because you recognize them, they have a history in terms of calls. It is not a large number of people, but maybe they call many times in a row for a while, "says Martínez.

The Civil Protection and Emergencies bill, which reports to the Ministry of the Presidency, Justice and the Interior, headed by Enrique López, includes the conversion of the Madrid 112 Security and Emergency Agency (ASEM 112) into a public legal entity, which which will give greater agility in management. And it also allows the Community of Madrid to appear in all legal proceedings arising from arson.

In addition, the law proposes reorganizing the centers and integrating the Autonomous Organism Madrid 112 into the newly created entity that ASEM 112 will become, which will include the Fire Department, Forest Agents, Local Police, Civil Protection, Ifise and Public Shows .

1 Santísimo Cristo de la Guía and San Juan de Sahagún:... 2 The 'Piano City' hits the key in Madrid 3 'Chemsex', the cocktail of sex and drugs... 4 Groups of robbers fueled the disturbances in the macrobotellón... 5 The metamorphosis of the Ice Palace: from morgue to... 6 The 45 black spots with the most accidents on the... 7 Top the price of visiting tickets, the desire of the... 8 Spain lives on the wire 9 Without privileges for Andorra de Piqué 10 If you are going to visit Asturias to eat only fabada... 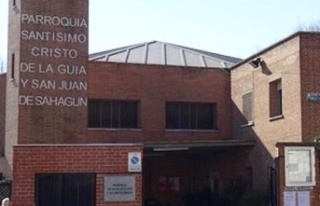