In a rush and with a unison message, the PSOE worked hard this Friday to stick out its chest and attribute only to the central government the pre-agreement of the Siro workers that, in principle, will allow the viability and continuity of the activity of the agri-food firm in Castilla y Lion. 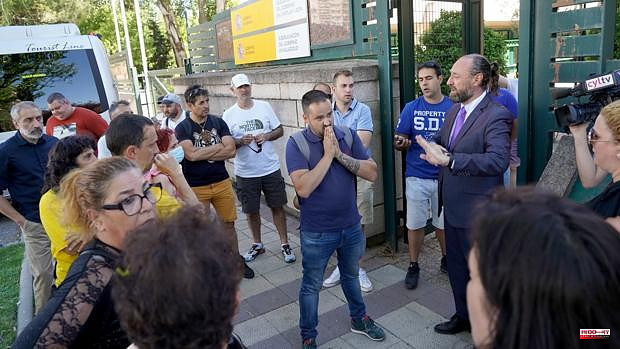 In a rush and with a unison message, the PSOE worked hard this Friday to stick out its chest and attribute only to the central government the pre-agreement of the Siro workers that, in principle, will allow the viability and continuity of the activity of the agri-food firm in Castilla y Lion. According to the socialists, there is only one main actor in what points to what could be the resolution of the crisis that Cerealto Siro Foods was leading to its end, with more than 1,400 direct jobs in the air, among the plants that it has distributed among the localities Venta de Baños and Aguilar de Campoo from Palencia, Toro from Zamora and El Espinar from Segovia. The Minister of Industry, Commerce and Tourism, Reyes Maroto, will go to the factories this Saturday to help explain the agreement to the workers' assemblies, before its vote in the factories in which the previous proposal had been rejected -Toro and Sale of Bathrooms–.

The proposal on the table is the last chance, as the investment funds made clear yesterday.

Staunch defense of the role of the Ministry and its head, as well as of the Government delegate, in the Community, Virginia Barcones, who on Thursday afternoon turned to convince the workers' representatives so that, minutes before the agreed meeting with the Board, get on the bus that he chartered to move them to Madrid and that they know there the new proposal of the investment group that is willing to become a shareholder of Siro. And, incidentally, in addition to extolling the role of the Government, criticism from the socialist ranks of the regional Executive, which yesterday through the mouth of its spokesman, Carlos Fernández Carriedo, chose not to go into the rag about the ways in which it had occurred the meeting that led to the pre-agreement or politicize the issue.

«For us, what we have to like is the result. If the workers like it, it's worth it to us, ”replied the also Minister of Economy and Finance, present at the meeting held on Thursday in his department and which was about to not take place, despite being agreed the day before. , and who refused to assess the ways in which events unfolded. That appointment also came after the head of the regional executive, Alfonso Fernández Mañueco, met on Wednesday with the mayors of the affected municipalities and the representatives of the workers, who opened the door that day to "renegotiate" the competitiveness plan that they had rejected, which made it easier for the investment partner to return to the operation from which he had withdrawn after the initial no from Siro's staff.

From the general secretary of the PSOE of Castilla y León, Luis Tudanca, to its secretary of Organization, Ana Sánchez, passing through the mayor of Valladolid, Óscar Puente, unanimity in the message. «There are still the last steps but it is a day to recognize the enormous effort of the workers' representatives. And, of course, we must thank the great work of @MarotoReyes and @VirBarcones to save the thousands of Siro jobs. Without them it would have been impossible, ”the leader of the Socialists in the Community wrote on his Twitter profile. Not a word for the Junta de Castilla y León, whose role in convening the meeting that opened the door to resume the broken dialogue between the company and the workers and, in this way, the return of the partner –the investment fund Afendis and Davidson Kemper– The president of the works council of Siro in Aguilar, Alfredo Alonso, did acknowledge. He valued the "key" weight first of the Board bringing everyone together and opening the commitment to negotiate, and of the Ministry "holding" the investor, company... And he censured the "political error" of having left the workers in the center in a "groovy" afternoon.

Harder, the Secretary of Organization of the PSOE of Castilla y León, who endorsed the expression a few days ago of the Prime Minister, Pedro Sánchez, in the face to face with the leader of the PP, Alberto Núñez Feijóo. Ana Sánchez told Mañueco directly that if the Board "does not help" in the resolution of the Siro business conflict that they "do not get in the way" and "let those who want to be side by side" with the workers work. She defended that Tudanca has been "meeting with the works council for months and warning that the situation was complex" and asked the head of the regional Executive for a meeting with it. But she, she added, she "has been unable." "Does Castilla y León have a president", she questioned herself in statements in Burgos collected by Ical. At the same time, she praised the work of Barcones and Minister Reyes Maroto. "In the end, the social-communist government resolves what the @jcyl government has been unable to resolve," wrote the mayor of Valladolid, praising the work of Maroto alone.

Between conciliatory and with reproaches, Maroto herself. «This minister will always be an ally, with institutional loyalty between the interlocutors. And I hope that this embarrassing show from yesterday – for Thursday – will not be repeated and we can have a meeting between all the administrations and with the works councils”, he stated in statements to Cadena Ser, where he denied that the Board had summoned to the meeting, although at the same time he acknowledged that they tried to contact the regional Executive because no one from his team could attend.

"We go to the places to which they invite us," Carriedo responded yesterday about his absence at the meeting at the Ministry, from which the principle of agreement of the workers came out, after the new company and investment fund proposal. Neither were the mayors, except for Venta de Baños, the only one in the ranks of the PSOE. "They haven't even called me," acknowledged the councilor of Aguilar, María José Ortega (PP), for whom the invitation "ends up being secondary" or not, since "the most important thing is the jobs." "I'm going to stay with that" and not with the "embarrassing" experience the day before.

The Board spokesman also focused on "thanking the effort" of the workers with the "resignations" they take on and "save" their jobs, as well as the company - its president, Juan Manuel González Serna, contributes "patrimony staff»–, investors, customers, suppliers and «public administrations, Government, Board and city councils, with a «prominent role of the mayors». "We had a critical situation and if we managed to save the job it would have been worth it," Carriedo said.

A "less harmful" pre-agreement, according to the CC.OO., which, like CSIF, also focused on highlighting the work of the Ministry to achieve the new proposal that they will vote on today. The text on the table after more than five hours of negotiation, with investors by telephone with the minister, assumes that they will allocate 100 million euros to guarantee the future of the plants. In addition to a commitment of "important public resources", it includes the "recovery of the purchasing power" of the workers, maintaining salary increases and the maintenance in Castilla y León of the activity of the Venta de Baños biscuit factory that was expected to close and to the that two years of margin are given and a specific negotiating table is opened to address the future of its 197 workers.

1 Concern and controversy arose from the search for... 2 Amazon disappearance family: "He is innocent"... 3 As part of a new experiment, thousands of workers... 4 Bomb warning to not take an exam, simulate a kidnapping...... 5 Santísimo Cristo de la Guía and San Juan de Sahagún:... 6 The 'Piano City' hits the key in Madrid 7 'Chemsex', the cocktail of sex and drugs... 8 Groups of robbers fueled the disturbances in the macrobotellón... 9 The metamorphosis of the Ice Palace: from morgue to... 10 The 45 black spots with the most accidents on the... 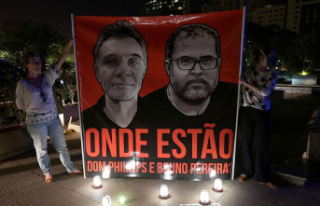 Concern and controversy arose from the search for...