Israel plans restrictions to tighten its grip on West Bank

You must notify the Israeli military within 30 calendar days if you make a decision to move on with your Palestinian love interest after your Holy Land travels. 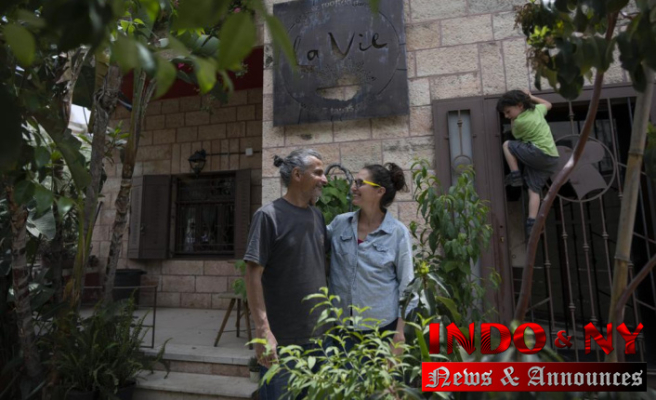 You must notify the Israeli military within 30 calendar days if you make a decision to move on with your Palestinian love interest after your Holy Land travels.

This is what page 30 of the new, 97-page COGAT policy states. COGAT is the Israeli military organization responsible for civilian affairs in the occupied West Bank. The new policy will go into effect in the second half of this year. It states that the "starting of the relationship" refers to the engagement, wedding, or the time you move in together.

This policy places new restrictions on foreigners who are married to Palestinians, or who visit the West Bank to study, volunteer, work, or teach. It further extends Israel's almost 55-year-old military rule to nearly every nook and corner of Palestinian society. These rules don't apply to anyone visiting Israel or any of the 130 Jewish settlements scattered throughout the West Bank.

Jessica Montell, the director of HaMoked, an Israeli human rights group, said, "It's absurd that the Israeli military thinks they can micromanage Palestinian societies to this extent. To decide who's qualified for teaching at a university. Who is entitled to have foreign volunteer teachers."

The group she represented filed a lawsuit with long objections to the policy. This led to Israeli authorities delaying its implementation from May 20 to early July.

The policy could also anger the U.S., which has long refused to enter into a visa waiver program with Israel, in part because Israel treats Palestinian-Americans differently than other U.S. citizens. The State Department stated that it is studying the new procedures and was "engaging with Israeli officials to understand their applications."

The West Bank was captured by Israel in 1967's Mideast war. Palestinians want it to be the core of their future state. The new policy refers the territory to Judea and Samaria. This is the biblical name that was preferred by Israeli nationalists including Prime Minister Naftali Bennett, who consider it to be the historical heartland for the Jewish people.

If Palestinians are visiting the West Bank from outside, they will need to list their names and ID numbers. They also need to indicate whether or not they own any property in the West Bank. Many are concerned that this could open the door for settlers to seize their land.

It's almost like you are informing your family and friends about the places you visit. Ahmed Abofoul, an international human rights lawyer from Al-Haq, said that you could be providing information that could allow Israel to steal your property.

This policy would limit the number visiting professors to 100, and the number students to 150. According to the policy, a visiting lecturer must convince an Israeli military officer that she "contributes significantly" to academic learning, the Area's economy or to advancing regional cooperation.

Through the EU's Erasmus+ program, grants were granted to 366 European faculty and students in 2020. The same program was used to send more than 1,800 Israelis to Europe in the same year. The EU representative in Jerusalem refused to comment on the new procedures.

COGAT stated that the quotas are applicable to students and teachers who wish to stay for more than one semester. They will also be "re-evaluated periodically."

Nearly all foreigners, even those working in the private sector would have to leave after 27 month and wait nine more months before applying again for entry. Their stay would be restricted to five years, which would make it difficult for them to find long-term work. The Israeli military may approve volunteers for twelve months. However, they would have to wait one more year before applying for reentry.

Birzeit University is one of the most important institutions of higher education in West Bank. It said that the policy "puts Palestinian Universities under siege" and "divests them from basic control over academic decisions."

These rules don't apply to Israeli institutions such as Ariel University which is located in a sprawling settlement deep within the West Bank.

The policy could further complicate a precarious lifestyle for thousands of foreigners who have been married to Palestinians and started families on the West Bank. They may be separated from their families at anytime.

Israel controls the population registry and rarely approves residency applications submitted by the Palestinian Authority. This Authority has limited autonomy in some parts of the West Bank.

The new rules would mean that most foreign spouses could only enter the West Bank with visitor permits that are valid for between three and six months. They would then have to leave the country for six months, regardless of whether they have children or jobs. Some may be eligible for spousal permits that can be renewed for up to 27 month.

Morgan Cooper, a Californian-born woman, has been using the system for almost 20 years. She started her career as a teacher at Birzeit. Later she became the wife of a Palestinian man and mother to their two children. Five and a quarter years ago, she applied for residency after her first child was born. The application is still pending. She still relies upon temporary visas that Israel's military has approved to stay with her family.

It is not easy to travel -- she can tell story after story about permit delays, last-minute flight changes, and being stranded on Jordanian soil -- and her return is never certain.

Cooper stated, "You must normalize occupation" because it will overwhelm you with its absurdity, cruelty, and unjust nature.

"The machine that is the Israeli occupation is always changing its way of working, and those rules are rarely made public to us and they're not always clear."

Israeli border officers suggested to her that she and her family, who all have American citizenship, move to the United States. Palestinians claim that this is the purpose of these rules: to force them out.

Cooper could be deported under the current system and prevented from returning to any time -- for having overstayed her visa, for security violations or at COGAT's discretion.

She said, "When I travel, I leave my house as if it's not ever coming home, as if there's a way to call someone and tell them where my valuables are." "Here are my valuable papers and jewelry, and send me my aunt's handmade quilt. It all comes together.

1 Nearly 6 days after China's collapse, Survivor... 2 Europeans weigh the costs of Russian energy being... 3 Foreign economies will be affected by rising interest... 4 President declares disaster in New Mexico wildfire... 5 Trump loyality versus infrastructure in W.Va. House... 6 What next for the investigation into the Supreme Court... 7 Advocates fear for other rights if Roe is overturned... 8 Asian stocks rise after Fed chair downplays bigger... 9 Adebayo, Butler lead Heat past 76ers 119-103 in Game... 10 Morrison defends Australia's ties with Solomons 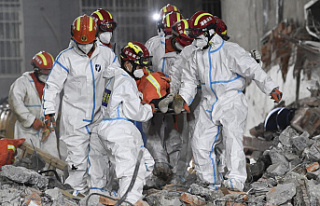