Europeans weigh the costs of Russian energy being cut over Ukraine

Rising energy prices across Europe are testing the resolve and determination of ordinary consumers as well as business owners. 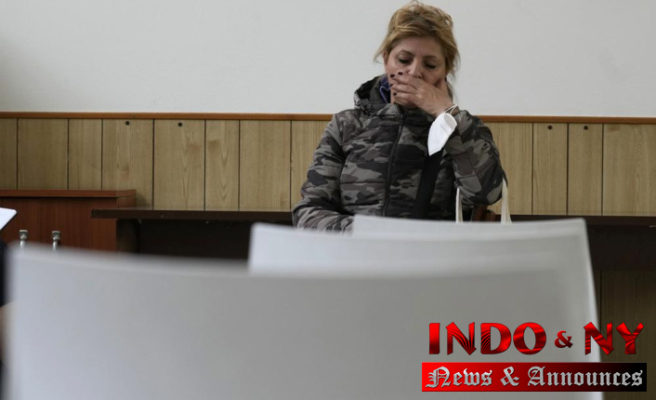 Rising energy prices across Europe are testing the resolve and determination of ordinary consumers as well as business owners. They are caught between Europe's dependence upon cheap Russian energy and their disgust at President Vladimir Putin's invasion in Ukraine.

The governments are seeking to replace Russian energy supplies, as they are aware that regular payments are funding wars that have resulted in thousands of civilian deaths and extensive destruction. They are also facing a nerve-wracking confrontation with Moscow over its demands to pay in rubles. Russia could block supplies as it did last week to Bulgaria and Poland.

The EU countries import 40% of Russian gas and 25% of Russian oil, and the EU's current timetable doesn’t envisage energy independence from Moscow for five more years. The EU will increase sanctions as atrocities continue to unfold.

On Wednesday, the EU's executive committee proposed that crude oil imports be halted within six months. Refined products would then be banned by 2022. All 27 EU member countries must approve it. This will be difficult because some countries are more dependent upon Russian oil than others. However, oil is more easily replaced than natural gas which is used to produce electricity and other power industries.

A poll of 1,230 randomly selected voters was conducted by ZDF in Germany last month. 28% said that the country should immediately stop oil and natural gas imports, even if this causes supply problems. 54%, however, said that it should only be done if there is sufficient supply. 14% opposed a ban.

This shows how consumers and businesses are increasingly suffering, as natural gas prices soared last summer. Here are some of their stories

Two times a week, struggling residents from one of Milan's poorest neighborhoods in the periphery of Italy line up to request help. They are increasingly clutching their utility bills.

A three-woman panel from Santa Lucia parish, Quarto Oggiaro has been able to assist the poor since the rise in energy prices. They have a resource: an energy package funded by A2A. This energy package offers families who cannot pay their higher utility bills up to 300 euros per year. Since September, around 100 families have been eligible.

Alessandra Travaglini (54), hit the maximum before the war when her utility bill jumped to more than 120 euros. Since then, she has been working as an in-home caregiver and is now out of work. She hopes that the parish will be able to provide her with more assistance.

There isn't much room to cut back on energy consumption.

"I don't cook a lot. The washing machine is only used in the evenings or on weekends. Travaglini stated that she only takes short showers and uses the oven once per month. She irons once or twice a week. "I am afraid. ''

She fears that her life could be made even more difficult if Russia cuts off its energy supply or if Moscow stops supplies.

She said, "I believe they must buy it from Russia for now." "But, for me, Italy's strategy is wrong because we are enemies. "If Mr. Putin presses the button, I believe we will be first targets" in any nuke attack.

Roberto Bertolini's bimonthly electricity bill was 180 euros. He earns 550 euros a month and works only three hours per day caring for disabled adults.

Bertolini feels the war is especially close to his heart. The 66-year old Bertolini plans to retire and join his wife in Hungary. Hungary borders Ukraine. He doesn't believe Italy should buy gas from Russia.

He said, "These sacrifices must be made." "When I see these images, I switch the channel. It's too terrible -- children are attacked, women are raped. These are difficult images. It's wrong to not show them. For me, however, it's impossible to look.

Kritztian Kobela­Piko is a plumber and gas fitter in Budapest, Hungary. He sees his work as closely connected to Russia's energy relations. The war in Ukraine is not far away, and the capital is only a few hundred kilometers (miles).

Independent contractor, aged 41, installs gas boilers using materials that are exponentially more costly. He expressed sympathy for the victims of war and said that he would make sacrifices to ensure Ukrainians had better defense.

Kobela-Piko stated that "at most, I will need to tighten my belt slightly." These sacrifices are insignificant compared to the suffering of those living in Ukraine. This sacrifice seems to be the minimum. I would make it again out of solidarity.

Many clients have been trying to convert their heating systems to electricity since the beginning of the war, as they are uncertain about the future for natural gas.

Kobela-Piko believes that harsher sanctions against Moscow are the best strategy. However, he stated that Hungary's geopolitical position makes it nearly impossible to break its dependence on Russian energy. Hungary, which was a member of the Soviet bloc, receives 85% of its natural gas and more that 60% of its oil from Russia.

He said that putting pressure on Hungary, which is dependent on its energy resources, "is a very unfortunate situation."

Carletta Heinz calculates the effects of a gas cutoff on the 400-year-old glass business she takes over from her father, as well as for communities located in the heartland of a glassmaking area in eastern Germany.

Heinz-Glas Group is a manufacturer of bottles for international perfume and cosmetic brands. They would need to shut down a gas-fired plant in Piesau. This would destroy tanks that must stay at 900° Celsius (1,650° Fahrenheit), to prevent molten glass crystallization. Piesau cannot be restarted if it has to close down.

To reduce carbon emissions, the company has already switched to electricity at its headquarters in Kleintettau. However, it still requires gas for certain processes.

Heinz stated that if a gas boycott causes government-imposed rationing then Germany must ensure glassmakers receive at least 70% of their energy in order to heat tanks and prevent widespread equipment loss. EU law mandates that governments shut off gas supplies to businesses in the event of a severe shortage. This is to protect homes and hospitals.

She is concerned about the effects on glass-making businesses near the border of the Thuringia/Bavaria regions. These companies employ 5,000 directly and 8,000 indirectly.

According to Heinz, 38, job losses could lead to higher carbon emissions if production moves to countries that have fewer environmental protections.

"Germany is more advanced in environmental protection. She stated that glass will be required and would still be made in other countries. This would be worse for the planet.

"I believe that alternatives are better than no options. Heinz stated that he supports everything that harms Russia and assists Ukraine. "But, we must keep our industry in our minds and ensure that we have a bright future. Otherwise, our country will not be able to help anyone.

Nikolay Belev's salary as a Bulgarian construction worker in Sofia is not keeping up with oil and gas prices. He isn't ready to endure more pain from Russia sanctions, which he believes are wrong and will only increase inequity among the EU's most vulnerable member states.

Belev stated that although these sanctions were intended to weaken Russia’s economy, in the end they hit my country and mainly the lower-income people who are the true victims. Belev also claimed that rising energy prices had increased the cost of his materials by as much as 30% over the past two months.

Bulgaria, a country of 6.5 million inhabitants, was once one of Moscow's closest allies in the Soviet era. It is now a NATO member and an EU member but it remains heavily dependent upon Russian energy. Russia's Lukoil is the country's only oil refinery, and supplies almost two-thirds its energy needs.

The only nuclear power station in Bulgaria that generates more than a third of the electricity it produces is powered by uranium imported from Russia.

The current coalition government of centrists is looking for alternative energy sources to help them get on a more pro-Western course. This includes gas from Azerbaijan and liquefied natural gases via a pipeline with Greece. Higher prices will be associated with the LNG option.

Veselina Marinova is an editor who lives in Ukraine with her husband and mother of 83 years. Paying more for energy is small sacrifice when you consider the deaths of civilians.

She stated that "nothing can justify the military aggression towards a democratic country." The war has fueled inflation, which will affect my family's income. I know that there is a serious crisis coming and that my life will be harder. However, I believe that we must keep on the right path.

1 Foreign economies will be affected by rising interest... 2 President declares disaster in New Mexico wildfire... 3 Trump loyality versus infrastructure in W.Va. House... 4 What next for the investigation into the Supreme Court... 5 Advocates fear for other rights if Roe is overturned... 6 Asian stocks rise after Fed chair downplays bigger... 7 Adebayo, Butler lead Heat past 76ers 119-103 in Game... 8 Morrison defends Australia's ties with Solomons 9 LA hospital sued over racism in the death of a Black... 10 Ukraine: Russia uses'missile terrorist'... 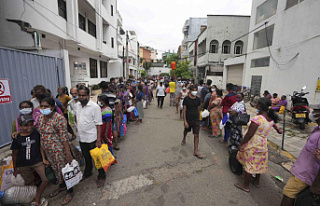 Foreign economies will be affected by rising interest...