The ongoing pandemic has caused a major shift in business for almost every industry globally. Most sectors have had to adapt and adopt online methods of content delivery and revenue generation during this time, and it is almost certain that these habits will not change once the world returns to normal, whenever that will be. This has actually benefited some sectors, while others have been brought to their knees

In terms of gambling, there has definitely been a rise in the number of people visiting online casinos in the absence of land-based casinos, which have had to close down to comply with government rules almost all over the world. At the same time, given that gambling is largely illegal in India, it has also driven a huge amount of interest in this activity, with more and more people interested in betting on sports and esports, as well as regular gambling online

Surveys conducted recently have found that despite the ban on gambling, a majority of Indian adults gamble in some form every year. Nearly 60% of them prefer to bet on sports, but the pandemic has had a huge impact on their spending - 44% of gamblers have reduced their spending on gambling, while 84% have been looking for new areas to bet on, and 69% have already moved away from sports betting to other forms of gambling. Some of this shift has taken place towards esports betting, with 9% having made a bet on esports in the last three months, where over 60% of them had only started betting on esports earlier this year. The outlook for esports betting is quite positive in India, with over 80% of those surveyed stating that they would consider betting on esports if there were more options available

Of course, India is a tricky country for betting operators, since gambling is mostly illegal. The states of Goa and Sikkim are the only ones where casinos are allowed to operate, and that too under strict regulations and guidelines. Thus, there are very few options for Indians looking to bet and gamble legally, which has also led to an increase in sports betting and fantasy sports as well. Fantasy sports is not yet classified as gambling in India, which is why there has been a boom in such operators, culminating with the recent title sponsorship of the Indian Premier League by Dream11, a fantasy sports operator. Winz.io is another example of an online casino where fans can get their fill of sports betting and any other casino games which take their fancy. At the same time, it has been staggering to see the growth of esports in India. The ESL India Premiership is being broadcast on Hotstar, with Airtel among the primary sponsors of the event, showing how it is quickly coming into the mainstream entertainment options in India. The Indian government is still yet to recognize esports as a sport, meaning Indians cannot represent their country at global events

Additionally, as stated earlier, the lines are blurred between gambling, esports and fantasy sports, making it difficult for a regulatory framework to be set up. It is therefore necessary for these to be defined and regulated, to allow fans to be able to participate in these activities without fear of breaking the law. Fantasy sports games are not yet regarded as gambling, since there is an element of skill and strategy involved, and so players are allowed to pay money to enter tournaments and compete against other players for huge jackpots. It is necessary for the relevant laws to be updated as well, since the Indian Gambling Act was drafted in 1867, and is therefore archaic. Thus, there is a lot of work needed in India before gambling can become a viable business opportunity. 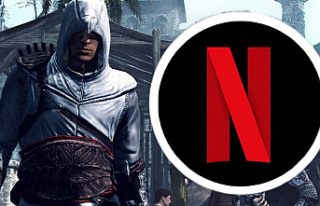