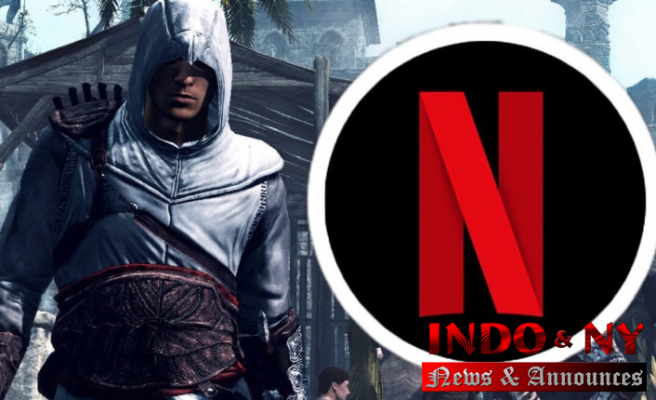 Fans of the popular "Assassin's Creed" series of games got some exciting news this week as it was revealed that Netflix, the biggest name in television and movie streaming, has started production on a live-action television series based on the franchise. The company has partnered with Ubisoft, the developer of the video game series, to bring the show to our screens with an anticipated start date of 2022. If it's successful, it could spawn a run of several series based on the rich history of the games and the multiple time periods depicted in them.

Assassin's Creed has been a huge hit for Ubisoft since the first game was released on the last generation of consoles more than ten years ago. There have been eleven entries released in the series thus far, plus a number of spin-off games released on everything from PCs and mobile phones to the current versions of the PlayStation and the Xbox. The games have raked in billions of dollars in revenue and will shortly be making even more. "Assassin's Creed: Valhalla" is scheduled for release on November 10th as one of the first games on the new generation of consoles and is expected to be the best-selling edition of the game to date.

For the companies that make the world's biggest and best-known video games, the success of a standalone game is no longer enough in the modern age. We often see successful games adapted and converted into other forms of media, whether that's television shows and movies or Playtech casino at online slots websites. The always-popular "Call of Duty" series was slated to be turned into a movie at one point and has already been turned into a popular online slots attraction. Even well-known names from the past of video gaming like "Street Fighter II" have found a new life as money-making online slots. There isn't an official "Assassin's Creed" online slots game available yet, but this development makes it all-but-inevitable that one is on the horizon. If a gaming brand can make a profit on a console, it's becoming increasingly likely that it will also turn a profit in other forms of media.

At this early stage in the television show's development, not much is known about the format that it will take or what it might look like. Jason Altman and Danielle Kreinik, who work within Ubisoft's fledgling film and television department, will head up the project as the show's executive producers. In a statement, they promised fans that the show would be "epic" and "genre-bending" and that they're currently searching for a showrunner with the correct experience and skills to start writing scripts for them. Netflix has also released a statement expressing great optimism about the potential success of the project. Despite the positive tone, there might be a warning from recent history about its prospects.

Four years ago, Ubisoft collaborated on an “Assassin’s Creed” movie starring Michael Fassbender. It received a lukewarm reception from fans and critics alike, and while it delivered a small profit at the box office, it didn’t hit the heights that Ubisoft of the movie’s producers expected from it. That led to the cancellation of two planned sequels, although this was blamed on Disney’s acquisition of 21st Century Fox. Disney canceled pre-production on the sequels immediately after the takeover went through and also canceled pre-production work on several other movies based on video games at the same time.

While the relative failure of the 2016 film might be a reason for concern, there might also be reason for optimism purely because Netflix is backing the production. In recent years we’ve seen Netflix become the unofficial home of television or movie projects based on successful video games. The company has shown itself to be willing to take a risk on video game-related productions and has a pre-existing relationship with Ubisoft. Twelve months ago, Netflix and Ubisoft announced that they were turning "The Division" into a movie, and just six months ago, they announced that they were making another film based on "Beyond Good and Evil," along with an animated series based on "Splinter Cell." They'll join "The Witcher" and "Castlevania" on what's becoming an extensive library of exclusive content on the subscription service. As big as some of those games are ("Splinter Cell" being particularly popular), none of them have the profile of "Assassin's Creed." This will almost certainly be the most big-budget of all Netflix's video game adaptations to date - which will also make it the riskiest.

While movies based on video games have struggled to succeed in the past, it's thought that television shows have more chance of success because of their longer collective running time. There are more than 400 hours of content between all of the "Assassin's Creed" games released so far, but a film has only 120-180 minutes of running time to tell those stories while trying to make them accessible to viewers who have never played the games. An eight or ten-episode series gives the narrative more time to breathe and thereby gives the producers more time to fit in content that will please fans of the games. Netflix might even take some of that content and siphon it off into other projects - there's also talk that there will be an animated "Assassin's Creed" show running alongside the live-action version.

While there are risks involved in the creation of this show, as we've explored above, there's also less pressure on the producers than there would be for a film. Netflix has very deep pockets and doesn't necessarily expect a steady audience of five or six million people for every episode of every show that it creates. The producers should have the freedom to explore the world of "Assassin's Creed" as they see fit without being forced to include the sort of content that would be required to please a mainstream audience. A lot will depend on who gets cast in the lead role and who the writers are, but it's hard to imagine a better partner for Ubisoft to have in this endeavor. It might take us a while to see the fruits of this partnership, but we're hopeful that when they eventually arrive, they'll be ripe and juicy.

1 Fashion Trends: The five Must-haves for autumn and... 2 October 27, 1871. The day when Henry Stanley found... 3 Covid-19 : 258 deaths recorded over the past 24 hours... 4 What wine to drink with a mushroom risotto ? - The... 5 Guinea : the timid economic recovery - The Point 6 Sébastien Le Fol – Islamism : attention, children,... 7 Stamen Grigorov, inventors of the yogurt, was born... 8 With a large majority: new Zealanders to vote for... 9 Weitzmann – Edward Louis and the literature of truth... 10 Hospitals and clinics - The panorama of unusual emergencies... Fashion Trends: The five Must-haves for autumn and...