WASHINGTON , -- Federal regulators are focusing on the "explosion" of businesses using fake reviews and misleading messages on social media to promote their products or services. WASHINGTON , -- Federal regulators are focusing on the "explosion" of businesses using fake reviews and misleading messages on social media to promote their products or services.

Federal Trade Commission stated that it had warned hundreds of corporations large and small about possible fines for using bogus endorsements to deceive customers.

The FTC released a statement Wednesday saying that the rise of social media blurred the lines between advertising and authentic content, leading to an explosion of deceptive endorsements in the marketplace.

FTC's action indicates a willingness to exercise its authority to use sanctions to enforce consumer protection laws. According to the FTC, it sent about 700 companies notices of penalty violations and warned them that they could be subject to penalties up to $43,792.

Samuel Levine, the head of the agency's consumer protection division, stated that fake reviews and other deceptive endorsements are a fraud on consumers and undercut honest companies. Advertisers who engage in deceptive practices will be punished.

Notices were sent to a wide range of companies from Corporate America, including large corporations, big retailers, consumer product companies and leading advertisers as well as ad agencies.

These include tech giants Amazon and Apple, Facebook and Google, along with its YouTube video service and internet service providers such as AT&T or Comcast. Other manufacturers include General Electric, General Motors, Honda and Abercrombie & Fitch. You will also find popular review and shopping sites like Yelp and eBay.

However, the FTC stressed that just because a company has received a notice, it does not mean that it engaged in deceptive, unfair or illegal conduct.

This notice refers to practices that the agency previously found unfair or misleading. These include falsely claiming endorsements from third parties, misleading endorsers about their actual users and using endorsements to make deceptive claims about performance. It also mentioned failing to disclose a significant relationship with an endorser, and misrepresenting that the endorser has the same experience as a typical consumer.

1 ‘As seen on TikTok’ is the new ‘As seen on TV’ 2 Bill Clinton to spend 1 more night in California hospital 3 Delicate GOP dance for Trump, Youngkin in Virginia... 4 In New Hampshire, vaccine fights and misinformation... 5 Trump’s not going away — and neither is investigator... 6 Watchdog: Psaki violated ethics law by promoting McAuliffe 7 Biden open to shortening length of programs in spending... 8 Jill Biden travels to Virginia, New Jersey to help... 9 Bill Clinton recovering from urological infection,... 10 Climate activists resume weeklong protest at Capitol 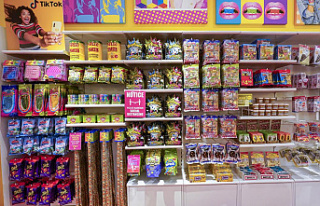