Iceta's mistake about Aleixandre: "That one of the four Nobel Prize winners in literature be recognized..." 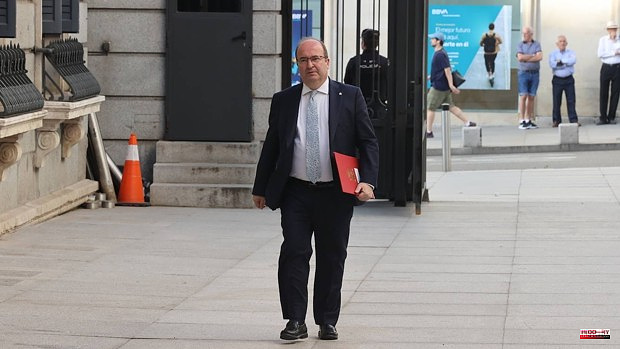 Spanish literature has received five Nobel Prizes for Literature (six, if Mario Vargas Llosa, who shares Peruvian nationality with Spanish), is included: José Echegaray (1904), Jacinto Benavente (1922), Juan Ramón Jiménez (1956), Vicente Aleixandre (1977) and Camilo José Cela (1989). Some must have escaped the Minister of Culture, Miquel Iceta, who said this Wednesday, in statements offered to the media to explain the plans of his department regarding the future of Velintonia, that Spain has four Nobel Prizes for Literature.

"From the point of view of the concern that this issue raises, let it be known that the Ministry of Culture has taken the initiative, that it has been well received," he said, referring to Vicente Aleixandre's house in Madrid, that in the In the next few days it will go up for auction for 4.6 million euros.

On the 4th we have an appointment with Velintonia and with Aleixandre's archive, and I hope that from there a proposal will emerge that can satisfy the legitimate claim of having a House of Poetry, and that one of the four who are Nobel Prize winners for literature have institutional recognition and care for its legacy.

There are not four Spanish writers laureates with the Nobel, the most prestigious award for letters, but five. Or six, if you want to include. Aleixandre was the fourth Spaniard to win it, specifically in 1977, in an award that was interpreted as an international accolade for the democratic opening of Spain, after the Franco dictatorship. Precisely Velintonia, the chalet that Aleixandre had in the center of Madrid, has a symbolic value as a meeting place for the 'internal exile' to which he and other great writers of the second half of the last century were subjected, after the Civil War. This has been one of the arguments put forward by the Community of Madrid to protect housing with the figure of Asset of Patrimonial Interest (BIP), in a process that has not left anyone happy.

The first Spanish author to win the Nobel Prize was José Echegaray, who, in addition to being a writer, was a mathematician, engineer and even Minister of Public Works and Finance. The prize, yes, was awarded in the category of Literature, shared with Frédéric Mistral, "in recognition of the numerous and brilliant compositions that, in an individual and original way, have revived the great traditions of Spanish drama." Jacinto Benavente was recognized by the Academy for "the happy way in which he has continued the illustrious traditions of Spanish drama" and Juan Ramón Jiménez was highlighted for "his lyrical poetry, which in the Spanish language is an example of high spirit and artistic purity."

Camilo José Cela, author of such emblematic novels as 'La familia de Pascual Duarte' or 'La colmena', won in 1989 "for a rich and intense prose that, with moderate compassion, forms a challenging vision of man's vulnerability." Vargas Llosa, a Peruvian nationalized Spanish in 1993, Prince of Asturias Award for Letters and Cervantes, convinced the Swedish Academy in 2010 "for his cartography of power structures and his scathing images of individual resistance, rebellion and defeat ».

1 Iceta plans to build a House of Poetry in Velintonia... 2 Fear in the K-Pop industry to plummet after the collapse... 3 Google News returns to Spain eight years later due... 4 Chaos at the Marc Anthony concert in Madrid 5 Raúl Enrique Asencio Navarro wins the 21st International... 6 'Lost objects', a journey through South... 7 Album Reviews of the Week: Holy Land, Merzbow 8 The passionate love story between Chopin and George... 9 Rocío Márquez and Bronquio: «In flamenco there... 10 The Pilgrim Fair returns in style 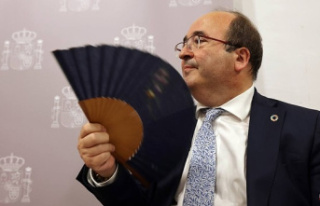 Iceta plans to build a House of Poetry in Velintonia...