Mariners coach does not seek favors in ALM

Nick Montgomery, Central Coast coach, expects that the Mariners will get the job done to secure their A-League Men finals against the Brisbane Roar Tuesday. Nick Montgomery, Central Coast coach, expects that the Mariners will get the job done to secure their A-League Men finals against the Brisbane Roar Tuesday.

Nick Montgomery, Central Coast coach, won't be reliant on others' results. He challenged his players to do the right thing and win their A-League Men finals by beating Brisbane on Tuesday.

The Mariners will face the Roar at Moreton Daily Stadium in hopes of securing a place in the top six.

Montgomery's team is fifth on the ladder, with 36 points remaining in two games.

With Sunday's win over Macarthur, Newcastle means that only eighth-placed Sydney FC (31 point, 24 games) can move the Mariners out at six.

Montgomery's team has a plus-10 goal differential to Sydney's plus-2, so even one point against the second-last Roar could be enough to make it to finals in the Englishman’s first season as ALM coach.

Montgomery stated, "We haven’t relied upon anyone all season to assist us out, whether that’s other teams or officials, that’s not how we are."

"We approach every game with one goal in mind, and that is to win it. With two games left, nothing changes.

"We expect nothing different, and we 100 percent don't rely upon anyone else.

"We will keep our eyes on ourselves and strive to win every game we play."

The Mariners are on a winning streak of three games and will be heading to Queensland with a win record. However, they have not won or scored on any of their previous three Brisbane visits.

However, the chances of another blank seem unlikely with the Mariners' forward line consisting of Brazilian Moresche, and Scottish-born Socceroos hopeful Jason Cummings, which has been forming an increasingly powerful partnership in recent weeks.

Montgomery also has Garang Kuol, a wonderkid who scored three goals in six of his previous appearances. This includes the winner in the 1-0 victory over Western United.

Montgomery stated, "We have good players fighting for the front four and we have a few games to go. Hopefully finals and everyone's fighting for positions."

"Moresche has been exceptional the last few weeks, and he and Jason (Urena), work really well together so that it's nice and to see."

Brisbane are trying to end a five-game losing streak and end their disappointing campaign with a win in the remaining fixtures. 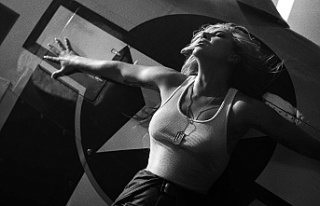