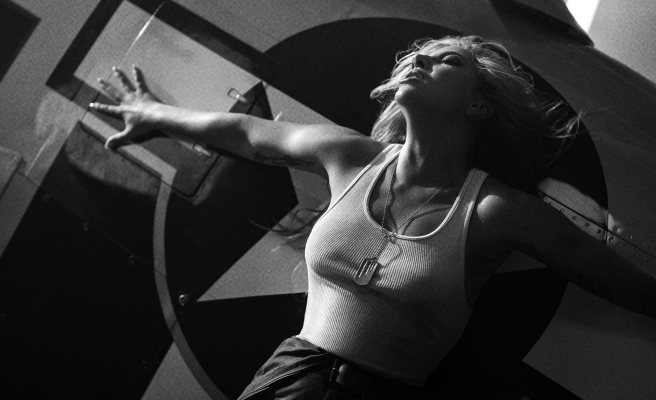 Lady Gaga's new single "Hold My Hand" has been released. It will be featured in the Tom Cruise film Top Gun: Maverick. Gaga sings the hopeful and upbeat track about being there for someone, without any questions: "But, if you decide, I'll ride with you in this life/I won't stop until the end."

Lady Gaga and her long-time collaborator BloodPop produced the stadium-ready single, with additional production by Benjamin Rice. Hans Zimmer and Harold Faltermeyer added production and music to the version of "Hold My Hand".

Lady Gaga shared her thoughts on Twitter, "When I wrote this song to Top Gun: Maverick I didn't realize the multiple layers that it spanned across my heart, my psyche and the nature of our world." It's something I have been working on for years, perfecting and trying to make my own. I wanted music to express our deep desire to understand and share our mutual need to understand one another. It was a longing for a way to feel close and to be able to recognize the greatness of life.

She said, "This song serves as a love letter to the whole world after and during very difficult times." It's been a long time since I wanted to make it available.

Gaga's first single since Love for Sale, which was her last album together with Tony Bennett. This marks Gaga's return to film soundtracks after winning the Academy Award for "Shallow", which she co-wrote with Bradley Cooper in A Star Is Born.

The long-awaited sequel of 1986's Top Gun was initially scheduled to release in 2019, but it was postponed to "work all the complicated flight sequences." This was again delayed by the pandemic. The film stars Tom Cruise and Miles Teller as well as Jennifer Connelly, John Hamm, Glen Powell, John Hamm, and John Hamm. It premieres May 27.