The Croatians said goodbye to this World Cup with lots of family photos. 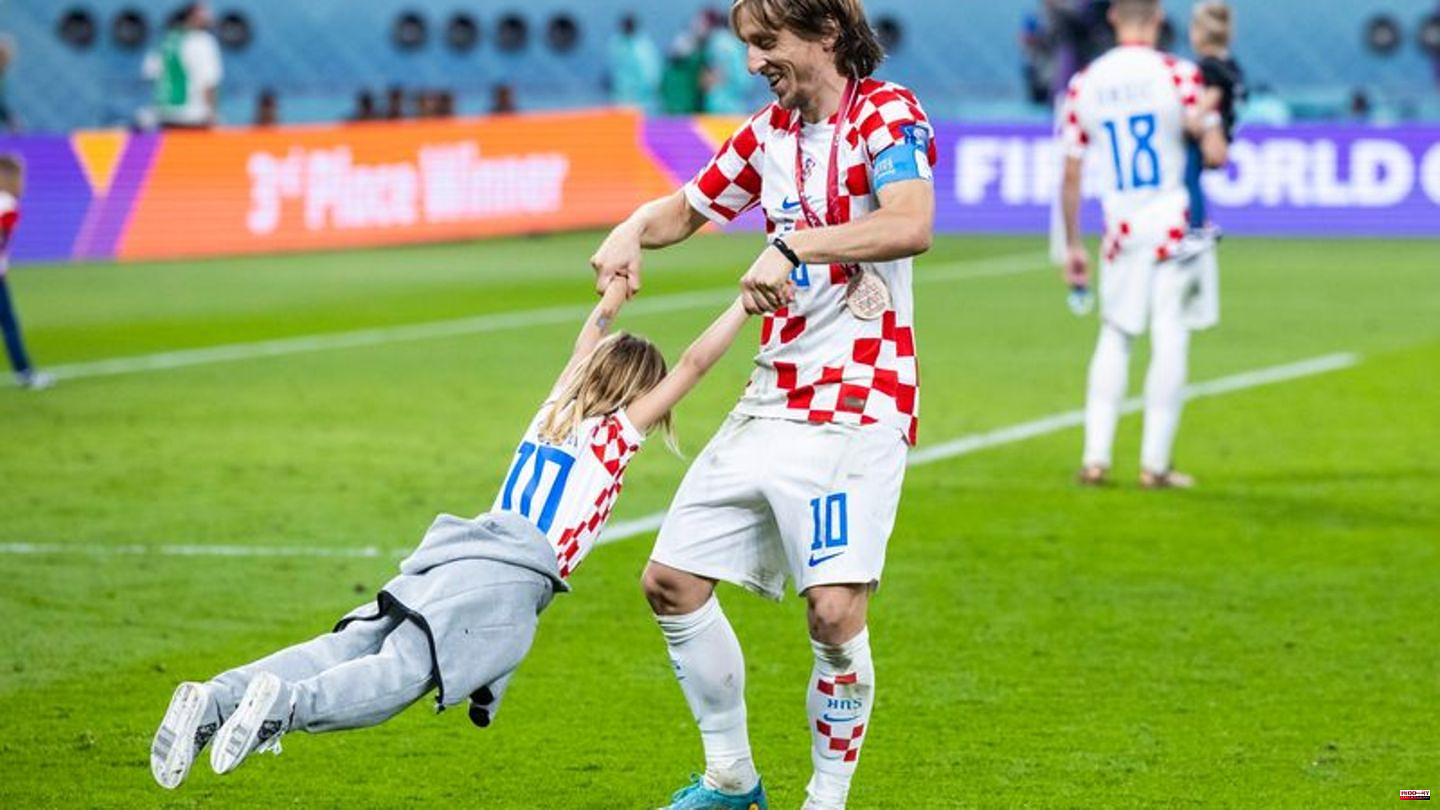 The Croatians said goodbye to this World Cup with lots of family photos. The players around leader Luka Modric, coaches, supervisors - and the children of the stars: They all romped around on the pitch after the 2-1 (2-1) win against Morocco in the game for third place.

The small country on the Adriatic Sea with a population of four million has now won three medals at the World Cup in just 24 years: bronze in 1998, silver in 2018 and bronze in 2022. And since the next success can be won in six months, it will be Croatia's most important player in his national team will be preserved, at least for the time being.

"I will continue at least until the Nations League final," confirmed Real Madrid midfielder Modric in several interviews for the first time publicly. From June 14th to 18th, the Netherlands, Spain, Italy and Croatia will play out the winner of this competition in Rotterdam and Enschede.

Modric left it open whether he then also wants to take part in the 2024 European Championships in Germany and even in the 2026 World Cup in the USA, Canada and Mexico. After all, he is already 37 years old. "I have to take this question step by step," he said. "But I definitely want to play in the Nations League. If we're in the final tournament, it would be pointless if I didn't do it. After that, we'll see."

There was a lot going on for the Modric' family album on Saturday evening at Doha's Chalifa International Stadium. Pictures show Croatia's all-time international cap hugging his father in the stands, before playing with each of his three children on the pitch.

The World Footballer of the Year 2018 has already won the Champions League five times with Real Madrid and has achieved more with the national team than the legendary previous generation around Davor Suker and Robert Prosinecki. According to his Real colleague Toni Kroos, Modric is also so "crazy about football", so ambitious and so professional in his lifestyle that even at the age of 37 he can't get enough.

"I enjoy playing for the national team and I think I can still perform at a high level," said Modric himself after beating Morocco. "This medal is very important for me, for our national team, for our country. With this medal we have confirmed that Croatia plays an important role in the world of football. We leave Qatar as winners."

Josip Stanisic made his World Cup debut in this game for third place. The 22-year-old was born and raised in Munich and was already playing for FC Bayern when he was 17. Half a year after his first Bundesliga game, Croatia's coach Zlatko Dalic nominated him for the senior national team for the first time, so that he wouldn't be able to choose the German team again later.

Stanisic also said on Magenta TV in what was probably the greatest moment of his career: "To share the cabin with him (Modric) is unbelievable. As a Croatian, he is the best player of all time."

Players like Stanisic (22), Josko Gvardiol (20) from RB Leipzig or Luka Sucic (20) from Red Bull Salzburg also show: The Croatians at least don't have to be afraid of the day when their biggest star will eventually stop . In this country in particular, new talent is constantly emerging. The World Cup squad in Qatar already differed from the 2018 World Cup finalists by 18 out of 26 positions. Only the axis with Modric, Marcelo Brozovic, Dejan Lovren and Ivan Perisic remained the same.

"I think Croatia have a fascinating future," said coach Dalic. "We have great talent in this team. And the older players let them mature and grow." 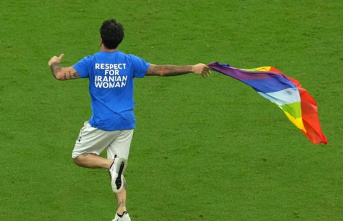