US Open: Williams wins in a glitter outfit - it's over for Tsitsipas 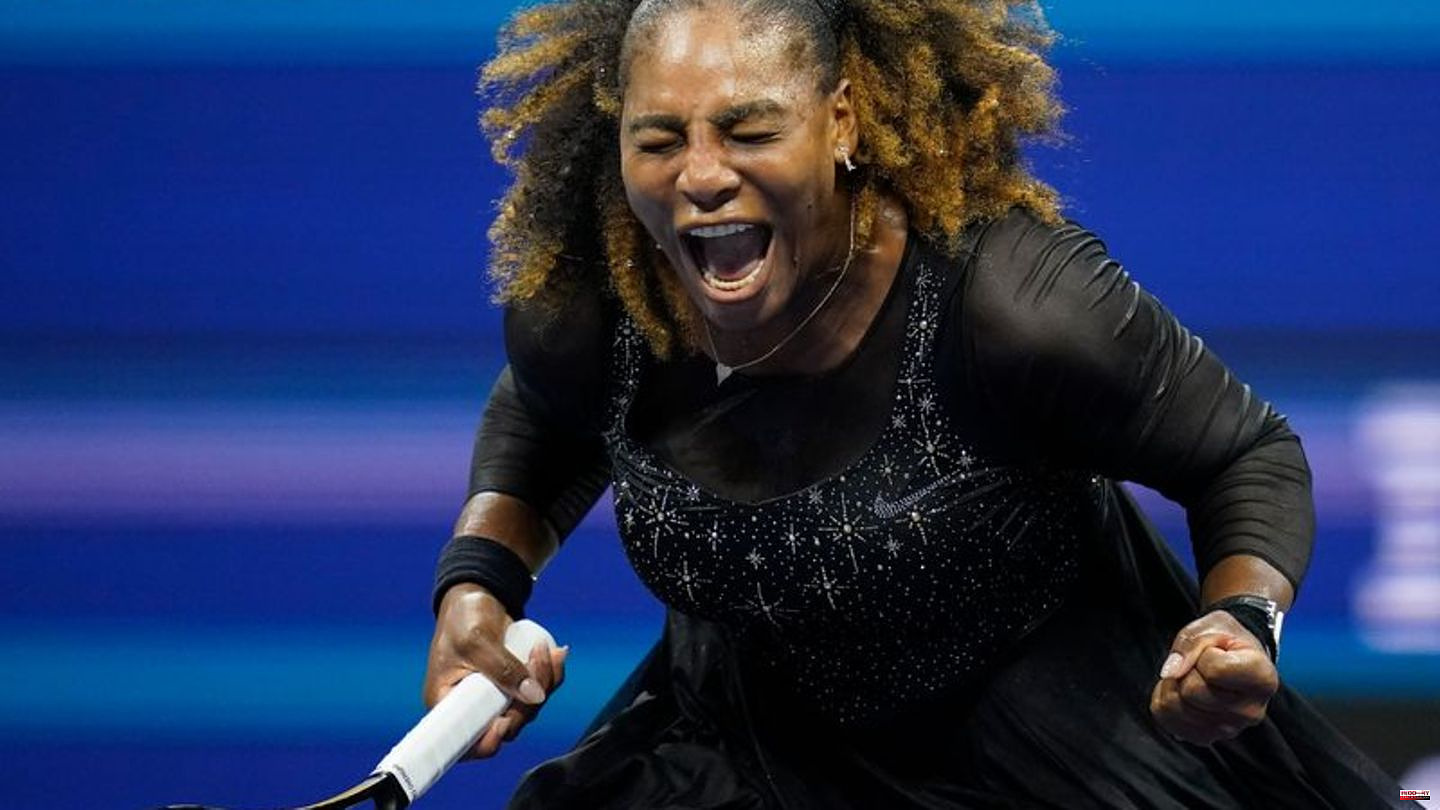 Serena Williams was a little surprised by the farewell ceremony in her honor - because she hadn't lost at all. "Thanks, I didn't expect that," said the tennis star.

The organizers of the US Open had planned a big show after the supposedly last single game in the glorious career of the 23-time Grand Slam winner - and went through with it despite the protagonist's victory.

There were thanks, for example, from tennis icon Billie Jean King, and pictures of earlier days of success ran on the video screen. The spectators at Arthur Ashe Stadium put on a choreo ("We love you, Serena"), and in the end her family was allowed onto the court. And Williams himself? She smiled and thanked him. The 40-year-old American was able to postpone the great pain of parting a little with the 6: 3, 6: 3 at the start against Danka Kovinic (Montenegro) on Tuesday night.

Difficult task in round two

"Just come back and support me as long as I'm here," said the longtime world number one into the stadium microphone, addressing the fans. In their farewell tournament on Wednesday, Williams will meet number two seeded Anett Kontaveit from Estonia in the second round - a very difficult task.

Williams initially looked at the lack of match practice against Kovinic. At first, the first serve hardly came, the feeling for the right timing and the hardness of the shot was rarely right. But the longer the game lasted, the safer Williams became. The reward: the 21st victory in her 21st opening game of the US Open - and at least one more appearance on the big tennis stage.

Victory in a glitter outfit

That should also be celebrated again. Williams wore a black glitter outfit against Kovinic. According to media reports, the dress, headband and shoes were set with 400 small diamonds. The guest list for the highlight game was full of A-listers: Hugh Jackman, Mike Tyson, Lindsey Vonn, Spike Lee, Queen Latifah, Bill Clinton and many more. In addition, almost 24,000 fans who had paid horrendous prices for a ticket on the black market.

Williams announced her retirement as a competitive athlete three weeks ago - in style for her in the fashion magazine "Vogue". When she thinks about it, she feels "great pain. It's the hardest thing I could ever imagine," the American, who will soon be 41, explained.

Williams is considered by many to be the greatest tennis player in history, although she may be just short of Margaret Court's all-time record. The Australian has 24 individual triumphs in the four most important tournaments. 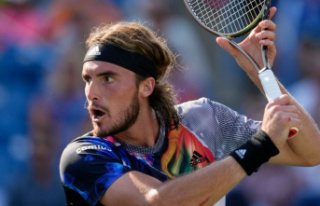 US Open: co-favorite Tsitsipas fails in the first...