Baerbock in Nigeria: Between terror, hope and interest politics

When Annalena Baerbock walks through Bulumkutu and Ngarannam in temperatures of around 30 degrees five days before Christmas, the terror of the Islamist militia Boko Haram is a constant companion. 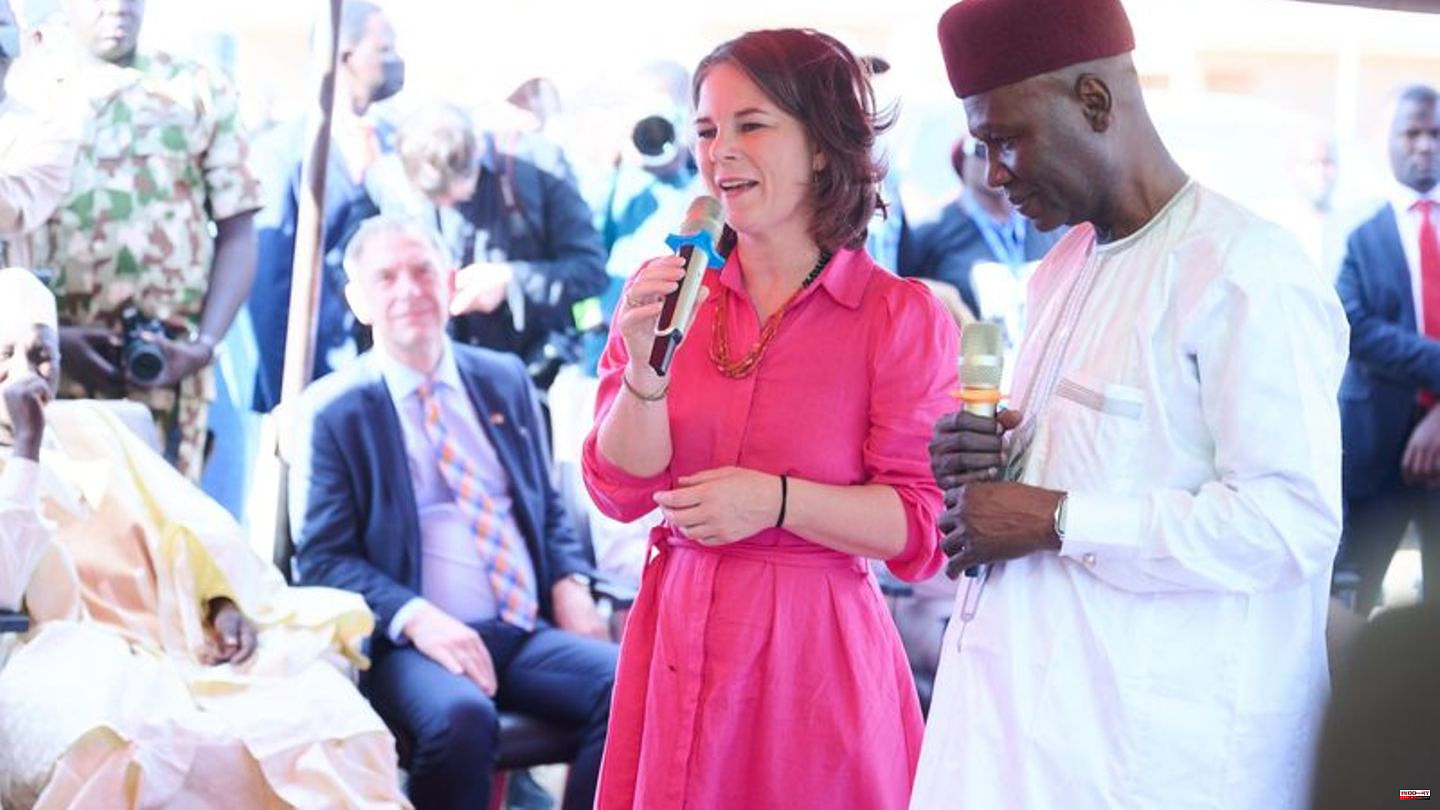 When Annalena Baerbock walks through Bulumkutu and Ngarannam in temperatures of around 30 degrees five days before Christmas, the terror of the Islamist militia Boko Haram is a constant companion. "We can see here how fragile this stability is, but active foreign policy means active peace policy," said the Green politician during a visit to Nigeria's northeastern crisis region.

Active peace policy means thinking about security, development in the areas of education, health care and economic development together, Baerbock continued. Germany supports countries that are on their way to giving security back to their people.

Baerbock's six-hour visit to the region, which is considered a terrorist stronghold, is also intended to be a sign: Germany is on the side of Africa's most populous democracy, with around 220 million inhabitants.

But the minister's trip is also about tough German interests. China has long been an important economic partner for Nigeria. Baerbock hopes that the West African country with its rapidly growing population will open up even more to German involvement. The problems with corruption in Nigeria are big.

Baerbock knows that the government in Abuja is on her side when it comes to one of the central themes of her heart in her first year in office, the condemnation of the Russian war against Ukraine. In the UN referendums, Nigeria supported the side of the West.

Baerbock also wants to work even more closely with Nigeria than before in the fight against climate change. The economically strongest country in Africa is the largest oil producer on the continent, but wants to change its energy sector. Nigeria also plays a role in the federal government's hydrogen strategy, but rapid results are not to be expected. And if the terror militias continue to spread terror, there could also be larger migrations of refugees towards Europe.

Nigeria's northeast: from the country's breadbasket to a stronghold of terror

In the northeast of the country near Maiduguri, the capital of the state of Borno, Baerbock visits a region that is considered a stronghold of Boko Haram. The region was once something like Nigeria's breadbasket. But now the terrorist group is said to be responsible for the deaths of 35,000 people. In Borno alone, 1.6 million people are considered internally displaced.

Baerbock believes that the fact that around 100,000 Boko Haram fighters and supporters have surrendered since the death of leader Abubakar Shekau in mid-2021 gives hope. That's why she visits a reintegration camp for women and girls in the village of Bulumkutu. There she talks for a long time with a girl who had herself been kidnapped by the terrorist group. And she also talks to an ex-militia fighter.

Ngarannam: Reconstruction project as a sign against Boko Haram

The minister and her delegation then drive to Ngarannam in protected vehicles. The village was almost entirely destroyed by Boko Haram in 2015. With the support of the United Nations and Germany, 360 apartments have been rebuilt so far, and 200 more are planned. The minister visits the solar-powered police station and talks to a school class. Around 3,000 children, women and men were expelled from here seven years ago - almost as many people now live in the village again. Watchtowers and a protective wall should keep terrorists away in the future.

The projects in north-east Nigeria are also a kind of reality check for the Federal Foreign Office's new concept for integrated peacekeeping. It is to be integrated into the national security strategy, which Baerbock is responsible for writing and which is to be presented in the spring. If the projects in Nigeria fail, this should also raise questions for the new concept.

Baerbock in a project against youth unemployment

At the start of her two-day visit to West Africa, Baerbock found out about a German-supported vocational training project in the capital, Abuja, that morning. In the "Skills Academy" (Academy of Skills) of Nigerian construction companies, carpenters, bricklayers and plumbers receive dual vocational training based on the German model. The unemployment rate in Nigeria is 33 percent, probably far higher for young people.

Signs of coming to terms with the colonial past

On Tuesday, Baerbock, together with Minister of State for Culture Claudia Roth (Greens), wants to set a sign of coming to terms with the colonial past by returning the first 20 Benin bronzes to Nigeria. The panels and sculptures are mostly from British looting in 1897.

"It's a historic day when we're bringing back what never belonged to us," Green Party politician Roth told the German Press Agency after a visit to Benin City. 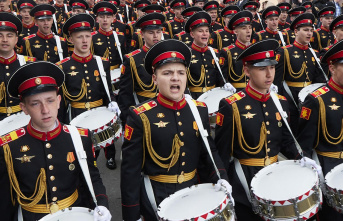