The Mediterranean bathed the Max awards, which traveled to the four cardinal points

'Where the sea creates you', has been the motto of the gala of the XXV edition of the Max awards, which has traveled this year to Mahón, on the Balearic island of Menorca, and to its beautiful Teatro Principal. 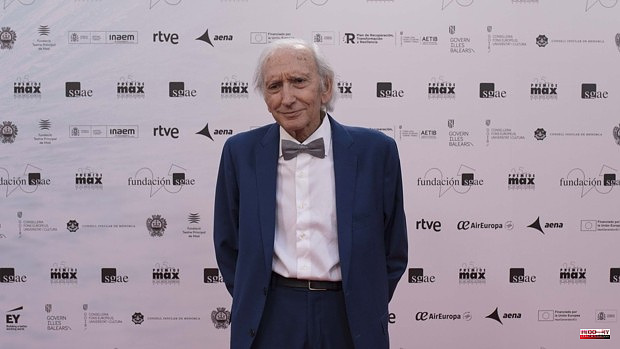 'Where the sea creates you', has been the motto of the gala of the XXV edition of the Max awards, which has traveled this year to Mahón, on the Balearic island of Menorca, and to its beautiful Teatro Principal. Last night, García Lorca's moon peeked into this protagonist Mediterranean Sea, through 'Una noche sin luna', which won the award for best theater show and best male performance (for Juan Diego Botto); he could not be at the gala, but he left a message - read by Sergio Peris Mencheta, director of the function - with his expected mentions to historical memory and the extreme right. But it was a pale reflection of his, because the rosary of awards traveled to all the cardinal points of the Spanish geography: Andalusia, the Canary Islands, Catalonia, the Valencian Community, Madrid, the Basque Country...

(although the Catalan language was heard a lot at the gala); and, like the Christmas lottery, they were widely distributed: more than a dozen shows won one of the twenty prizes awarded and only four, the aforementioned 'A moonless night' (2), 'Baile de beasts' (2) , 'CreAcción' (2) and 'Canto jo i la muntanya balla' (3) won more than one statuette.

Nostalgia and memory opened the ceremony, directed by Mar Aguiló and Josep-Pere Peyró, and presented by Clara Ingold and Josep Orfila (in a perennial fight with the envelopes containing the names of the winners). A video reviewed some moments of the twenty-five years of the awards, organized by the SGAE and which, despite their imperfections, have established themselves as the most outstanding of the performing arts in Spain. Paloma Pedrero and José Luis Alonso de Santos were the only two who arrived at the gala knowing that they would take a Max. The first, of a social nature, granted to his company Caídos del Cielo, which wants to make theater an instrument of inclusion; and the second, highly applauded and ingenious, author of titles such as 'Get off the Moor' or 'La Estanquera de Vallecas', Max Honor Award.

There was also space for the vindication of the performing arts, for example in the speech of Juan José Solana, president of the SGAE Foundation (with an applauded memory for the people and the Ukrainian creators), or in the words sent in a message by Antonio Banderas, who won the Max for best lyrical or musical show with 'Company' -a musical produced, directed and starred by him.

'A night without a moon', by La Rota Producciones; Shell Bust Production and Distribution; and pirate ship

'Dance of beasts', by the Jesús Carmona Dance Company

'Woman on a treadmill on a black background', by Alessandra García

Juan Diego Botto, for 'A night without the moon'

María Velasco González, for 'I cut down the men on the face of the earth'

Best adaptation or version of a play

Judit Neddermann, for 'I sing and the mountain dances'

Mònica López, afraid 'What are we talking about while we don't talk about all this shit'

Juan Diego Botto, for 'A night without the moon'

Lucía Lacarra, por 'In the still of the night'

Jesús Carmona, for 'Dance of beasts' 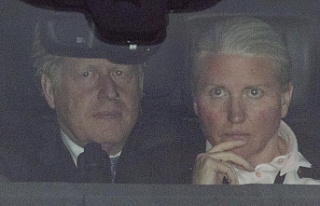 Boris Johnson, the weak leader of the UK, survives...