Monday's charges against the former leader of the far right Proud Boys extremist organization and others were for seditious conspiracy. 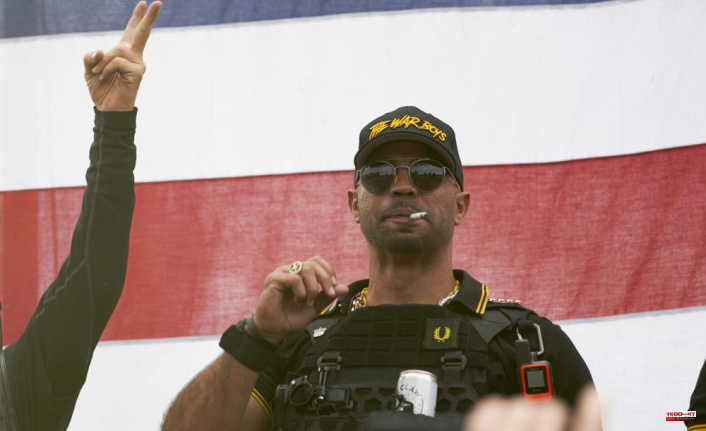 Monday's charges against the former leader of the far right Proud Boys extremist organization and others were for seditious conspiracy. Federal prosecutors claim that the coordinated attack on the U.S. Capitol was intended to prevent Congress from certifying President Joe Biden’s 2020 electoral victory.

Henry "Enrique", the former chairman of Proud Boys, is the latest to be indicted. The U.S. House investigation committee into the Jan. 6 riot will begin public hearings this week.

According to the indictment, the Proud Boys conspired against the lawful transfer presidential power. Tarrio, Ethan Nordean and Joseph Biggs were previously charged with separate conspiracy charges.

They will be tried in August at Washington, D.C.'s federal courts.

Although the seditious conspiracy accusations are the most serious, they are not the first. In January, eleven members and associates of the antigovernment Oath Keepers militia, including its founder Stewart Rhodes, were charged with seditious conspiracy. This was a serious escalation in what has been the most extensive investigation by the Justice Department in its history.

Three Oath Keepers have already pleaded guilty the rare Civil War-era Civil War-era charge that could lead to up to 20 years imprisonment. Indictment claims that Oath Keepers and associates discussed weapons, training and other topics in preparation for Jan. 6.

Tarrio, the top leader of the group, was not in Washington, D.C. when the riots broke out on Jan. 6, 2021. However, authorities claim that he played a key role in triggering the violence.

Tarrio was arrested by Washington police two days prior to the riot. He was charged with vandalizing a Black Lives Matter banner in a historic Black church at a December 2020 protest. After serving the five-month sentence, Tarrio was released on January 14th.

Tarrio's attorney said that his client would "have his day in the courtroom."

Nayib hassan said, "And we intend vigorously to represent him through that process."

Carmen Hernendez (defense attorney) said that Rehl is innocent of the charges.

Hernandez stated that "seditious conspiracy calls for the use force and he never used any force or thought about using force."

Federal authorities have identified more than 30 people indicted in the Capitol siege as leaders, members, or associates with the Proud Boys. Its members call it a politically incorrect men’s club for "Western Chauvinists."

They have fought with antifascist activists during rallies and protests. Gavin McInnes (founder of Vice Media), who founded the Proud Boys back in 2016, sued Southern Poverty Law Center because he considered it a hate group.

Indictment claims that Proud Boys met and exchanged encrypted messages with each other to plan the attack on Jan. 6. Authorities claim that Proud Boys demolished metal barriers designed to protect the Capitol, and then mobilized, directed, and led the crowd into the building on the day of the riot. 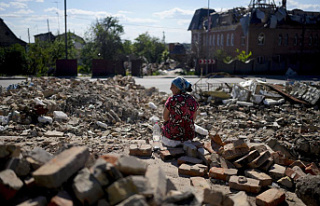