Chopin portrait bought at flea market is from 19th century

WARSAW (Poland) - A faded portrait of Frederic Chopin bought at a flea marketplace in Poland was hung modestly for nearly three decades in a private home before an expert determined that the painting belonged to the 19th Century, when the Polish pianist composer died. WARSAW (Poland) - A faded portrait of Frederic Chopin bought at a flea marketplace in Poland was hung modestly for nearly three decades in a private home before an expert determined that the painting belonged to the 19th Century, when the Polish pianist composer died.

The small painting has been restored and placed in a gilded frame. It is currently located in an eastern Polish bank vault while its owners plan their next steps.

The news of the artwork's existence was announced this week at the Warsaw 18th Frederic Chopin Piano Competition. This international competition is known for helping to launch the careers of top-notch pianists. The competition will run through October 23rd.

Professor Dariusz Markowski from Nicolaus Copernicus University, an art expert, said the portrait has significant historical and emotional value. However, he did not estimate the price it could sell for.

The painting measures 29.5 cm by 23.3 cm (11.5 by 9 inches). Markowski used advanced techniques to time the creation of the painting to the middle of the 19th century. This was based on the material and pigments used and the extent and severity of any damage or ageing.

However, it is impossible to determine the exact year it was created. It will also be difficult to identify the painter as only Alfred's name is preserved.

"It is evidently Chopin. But I can't say if he posed for it or if it was painted from another image," Markowski, principal of Torun University's Conservation and Restoration of Modern Art Department, said.

He told The Associated Press that he did not know the history of the painting or its intended recipient. It was in such a bad condition that I'm glad artworks like this can still be saved."

Chopin was born 1810 in Zelazowa Wola to a Polish mother, and a French father. At 19 he left Poland to further his musical education in Vienna, Paris and later in Paris. He settled in Paris and began teaching piano and composing.

He died in Paris, Oct. 17, 1849, and was buried in the Pere Lachaise Cemetery. However, his heart is kept in the Holy Cross Church of Warsaw, where there are observances to mark the anniversaries his birth and death.

A connoisseur of art spotted the portrait Markowski refers to as "a real curiosity" during a flea-market near Lublin in early 1990s. A decade later, the family was faced with a difficult financial situation and decided to get a professional appraisal. This led them to the university expert.

One family member says that it is "extraordinary" that the painting survived 170 years worth of historical turmoil and ended up at a flea marketplace. According to him, the family recently paid attention to the portrait and he began to study Chopin's music and life. 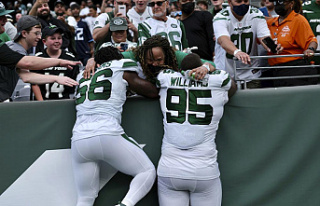