Tv host cut off the news - began to cry

Vicky Gomersall could not. In the middle of the direct news broadcast had a tv-host, give up. "Sorry, sorry," she said, before she began to cry. It was We Vicky Gomersall could not. In the middle of the direct news broadcast had a tv-host, give up.

"Sorry, sorry," she said, before she began to cry.

It was Wednesday afternoon at Sky Sports, to the spectacular scene unfolded in the middle of the English tv-channel nyhedsopdatering.

It came to pass, when the hosts Vicky Gomersall and Jim White were to tell you that cricket legend Bob Willis was dead. It ended up to look like this:

Bob Willis was a legend on the field, and since 1991 he had been the same with just Sky Sports, where he had worked as a tv commentator and expert on the sport with the proud traditions of England.

In Wednesday's news broadcast put Jim White to tell about the death. After that, Vicky Gomersall further read a statement from the family of the deceased sportslegende and colleague.

And it was here that she instead let the tears roll.

instead, Jim White again the word:

"We are broken over having lost our beloved Bob, who was an incredible husband, father, brother, and grandfather. He made a great impression on everyone he knew, and we miss him tremendously much," said the message from the family.

He made his debut at the English national team in a match against Australia in 1971, and won 90 matches for his country.

Last year, he was selected to be in the starting line-up for the great best English cricket team.

1 Danish sailors falls back at the WORLD cup in Auckland 2 The money is on the Swedish ice 3 France is being hit by the massive general strike... 4 Experts in the UNITED states constitution supports... 5 Huge bet: the Legoland theme park in Shanghai to several... 6 Melania Trump rages - you must not mention my son 7 40,000 people demonstrating against the government... 8 Sur smiley to the pizzeria in san diego - would not... 9 Mads 'show-off' Christensen: 'Boys are boys and girls... 10 Raging over the cover: 'Complete embarrassment' 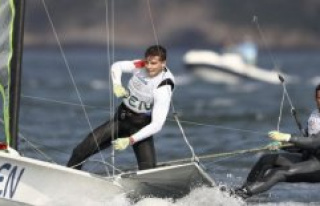 Danish sailors falls back at the WORLD cup in Auckland