The Berlin Palace: The view goes in the direction of the Lustgarten 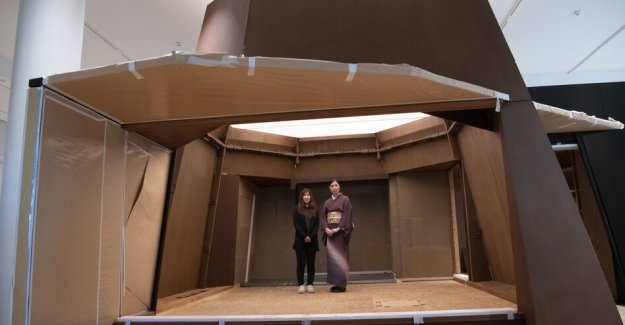 so, there you go,“ reads the first comment of one of the numerous journalists, as it goes on Wednesday morning and into the Humboldt Forum, this controversial construction site in the city. Only these days, the Forum was once again evil by the press, because it will be due to the postponement of the opening of the next fall of around 50 million euros more expensive.

Not, that would be very much – at least not in comparison with other Berlin construction sites. But because parts of this urban society, the struggle still with the castle, tasting you now, once each of the hair you find in the soup. And because the makers of the Humboldt forum are painfully aware, lead to the grumpy capital of the press on this so far Sunny morning of the month on the site, by the Schlüterhof, for example, which is almost finished.

target is a Japanese tea house, which is currently being built in one of the other rooms of the Museum for Asian art. The Humboldt Forum has launched especially for the purpose of a competition, won it has architects, the Japanese architects ' office, the URA, the draft of which provided anything other than a traditional teahouse. Now, as the house is not set up yet, this Dinamobet gives you an Casino siteleri idea how experimental this little thing on his visitors is to act, to participate in groups of about 12 people from the fall of 2020 to tea ceremonies.

The teahouse will consist of traditional materials such as paper, clay and paint, but also from modern mild steel. Its shape is octagonal, and as an architect, Saki Nakano says you have set here, especially with the Form of the Berlin memorial Church apart, with experiences of war and destruction, the shape, the Japanese memory until today, is the directly.

It is not only about the subject of tea was in the Japanese art is so important and many Japanese art collectors teebegeistert goods, and Vice versa. But the point is that here the cultures in communication to occur. "This teahouse is symptomatic for the Humboldt Forum," says the pre-construction state of the Foundation, Hans-Dieter Hegner is right.

this beautiful tea house seems to be one of those really good projects of the Humboldt forum, which sees itself less active as an exhibition organizer as cautious as a stage for the cultures whose objects are here to issue qua decision now.

a Pity only, that the tea house has no private garden, as part of the teahouse like Wasabi to Sushi. On the other hand, the view through the large window directly to the Lustgarten. And this axis of course fits much better to the teahouse.

1 The struggle for mobility of law: The Soft is soft 2 The week in preview for Berlin: goose without horseradish 3 Comment for Kita-Navigator: The ordinary madness 4 Eco-plans of the CDU in Berlin: The son is to blame 5 The Berlin CDU discovered the protection of the environment:... 6 TSV 1860 Munich vs. Hallescher FC: A little bit of... 7 Police and security in the stadium: Less is more 8 Cyclist death: The eternal Beat 9 Controversy in the NBA: the circus inside out on gentle... 10 Football conflicts in the Balkans: From the Isolation 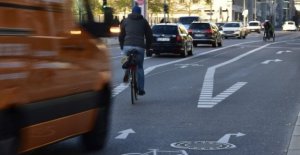 The struggle for mobility of law: The Soft is soft