WASHINGTON -- The Biden administration's vaccine mandate for millions of federal workers seems to be working, with no apparent disruption to law enforcement, intelligence-gathering or holiday travel. 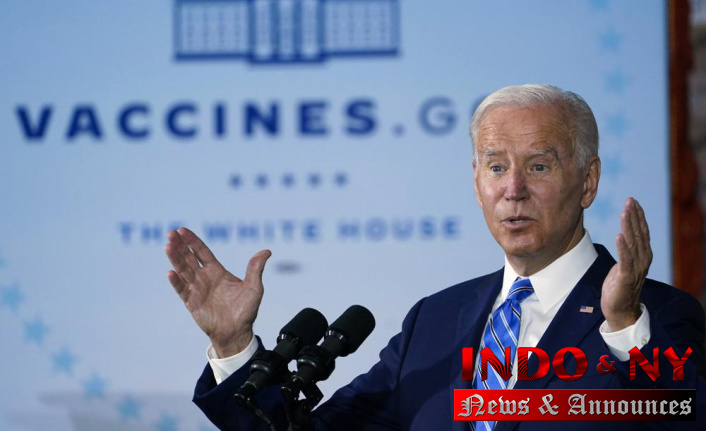 WASHINGTON -- The Biden administration's vaccine mandate for millions of federal workers seems to be working, with no apparent disruption to law enforcement, intelligence-gathering or holiday travel.

According to White House officials, Tuesday was the first day of compliance for 92% of the 3.5 Million federal employees covered by Biden’s mandate.

According to White House data Wednesday, the Agency for International Development had the highest number of partial vaccines on Tuesday. It had 97.8%. The Department of Health and Human Services had 96.4% and the State Department had 96.1%.

Overall, however, 96.5% have been determined to be in compliance with the policy. This includes any medical or religious exemptions, which are still being assessed. Rest are considered out-of-compliance, but officials stressed that it is not a cliff and that workers will be able to receive counseling on how to get vaccinated. Only then could termination be considered.

White House assistant press secretary Kevin Munoz stated that vaccine requirements are proven to work. "We hope our implementation will send a clear message to businesses that similar measures are needed to protect their workforces, protect customers and protect our communities.

Officials at the White House said that the data was only a snapshot, and that the numbers will continue to increase in the coming days and weeks. The officials stated that there would be no disruption to government services as they go through additional vaccines or exceptions.

The White House believes that the federal government can serve as an example for other employers in how vaccinations can help to speed up the return to normal.

According to White House officials, the most important lesson that businesses can learn from federal experience is that if they take the first step towards achieving requirements, then their workers will follow.

The Internal Revenue Service numbers show that a mandate can increase the vaccination rate. After Biden's September mandate was announced, 25% of the agency workforce received a shot; 98% are now in compliance.

Agencies with marginally lower vaccination rates often have a dispersed workforce, making it more difficult to educate and counsel about vaccines or get workers to report that they have gotten one.

Larry Cosme (president of the Federal Law Enforcement Officers Association) stated that about 31,000 members are from 65 federal agencies and that he estimates 60% of them have been vaccinated.

The mandate was challenged by a union of federal corrections officers in Florida this week. They claimed it was a violation civil rights. The case is still pending.

Employees without computer access at the government to complete their vaccination certificates were some of the first fears regarding the federal workforce's vaccination status. Front-line Transportation Security Administration officers are one example. They rarely use a government computer. Others are out in the field, or have delayed responding to the survey.

The federal vaccination rate is higher than the all-American rate. More than 212 million Americans have had at least one dose of vaccination, which is 82.2%. About 71% of them, or more than 183 million, have been fully vaccinated. 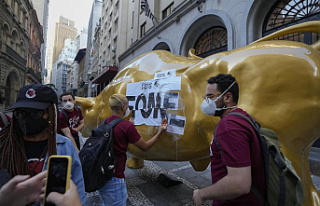