Warning for tropical storms in parts of Florida, Cuba and the Bahamas

As a system that battered Mexico moves through Gulf of Mexico, Tropical Storm Warnings were issued Friday for large parts of Florida, Cuba, and the Bahamas. 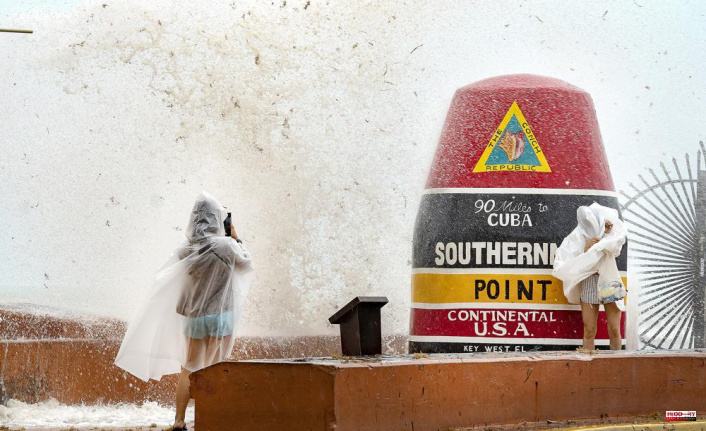 As a system that battered Mexico moves through Gulf of Mexico, Tropical Storm Warnings were issued Friday for large parts of Florida, Cuba, and the Bahamas. It is expected to bring heavy rain and wind over the weekend.

According to the National Hurricane Center Miami, the storm that was once called Agatha in Pacific Ocean will now be known as Alex in Atlantic Ocean basin.

According to an afternoon advisory, the center stated that the storm was moving northeastward and was experiencing maximum sustained winds of 40 MPH (65 Km/h), which is just above the threshold for tropical storms. Forecasters reported that the disturbance was approximately 350 miles (560 km) southwest of Fort Myers Florida. It was moving at 7 miles per hour (11km/h).

According to a Hurricane Center advisory, the system is expected to form a "well-defined center" and then become a tropical storm as it approaches Florida Friday night and Saturday.

Daniella Levine Cava, Miami-Dade County Mayor, stated that most government services such as trains and bus routes, would continue to function as usual over the weekend. She said that some events were cancelled and that there was no widespread panic about the storm.

Levine Cava stated that "if it's not necessary to go out it's probably best to stay home," during Friday's news conference.

Mayor said that South Florida's canal levels have been reduced to reduce flooding from heavy rains.

Both Florida's Gulf Coast Coast and Atlantic Coast are affected by the storm warning, which extends from just below Tampa Bay and Daytona Beach up to the Florida Keys or Dry Tortugas. A warning has been issued for parts of Cuba, including Pinar del Rio and Artemisa provinces, La Habana and Mayabeque. Tropical-storm-force conditions are expected to hit within the next 36 hours.

Officially, the Atlantic hurricane season began Tuesday. Although this is an unusually early start for the storm season, it's not uncommon in Florida.

According to the National Hurricane Center, rainfall of up to 10 inches (25 cm) is possible in South Florida including the Florida Keys. It is unlikely that the storm will produce strong winds or major storm surge. However, flooding is possible in some areas and winds may be strong.

The Hurricane Center posted online that heavy rains would begin to hit South Florida and Keys on Friday and continue through Saturday. Storm surge and flooding are also predicted, although the severity will depend on the timing of the tides.

Florida Gov. Ron DeSantis stated that the forecast was unusual because substantial rains were predicted in Southwest Florida on Friday, and windy but dryer conditions on Saturday. He said that the rain is actually beating down the wind, rather than the two merging.

DeSantis stated that "no one is going into an emergency position" yet. However, authorities would keep an eye out for a strengthening storm. "We have to be prepared no matter what."

Some counties and cities in Florida's low-lying and coastal areas offered sandbags for residents on Friday morning.

1 Fed rate increases and more job growth are indicators... 2 NY Legislature passes landmark bill to limit cryptomining 3 Girardi is fired by the Phillies after another disappointing... 4 2 monkeypox strains in US suggest possible undetected... 5 Trial of Depp-Heard: Advocates worry about chilling... 6 Over 750 US complaints have been filed about Teslas's... 7 Special Olympics drops vaccine rule following $27M... 8 Can Gauff top Swiatek? Surprise Slam is a place where... 9 EXPLAINER - Russia-Ukraine war at 100 days by the... 10 GOP's Cornyn is tapped as Senate leader to discuss... 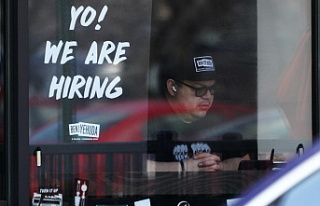