New York legislators have passed an important environmental measure to stop the spread of cryptocurrency mining that burn fossil fuels. 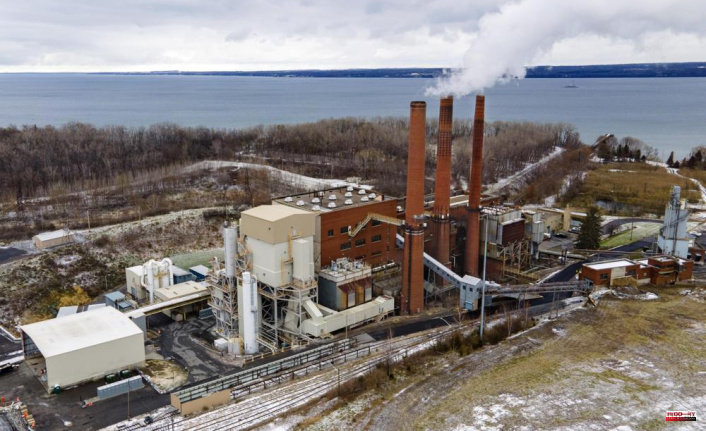 New York legislators have passed an important environmental measure to stop the spread of cryptocurrency mining that burn fossil fuels.

Both supporters and foes believe that the bill, which was approved by the state Senate early Friday, is the first in its kind in the U.S.

It would create a moratorium for two years on renewals of air permits for fossil fuel power stations used for energy-intensive "proofof-work" cryptocurrency mining. This term refers to the computational process that records transactions in bitcoin and other forms of digital currency. The blockchain-based proof-of-work algorithm that bitcoin and other cryptocurrencies use is called.

Earthjustice's Liz Moran stated that "we cannot be repowering fossil fuel power stations for the purposes of private profit in New York,"

She said that there are potential opportunities for New York's fossil fuel plants to be turned into mining operations.

Cryptocurrency supporters complained that the bill singled out cryptocurrency without considering other fossil fuels. They claim that the legislation will impede economic development in New York, while other states are pursuing the rapidly growing field.

John Olsen, a member of The Blockchain Association, stated that "the message from the bill" and that embracing that kind of policy was not good for an industry that can move anywhere.

He said, "We are very optimistic that the governor realizes the long-term advantages of embracing the industry and this technology far exceed a potential pause in future emissions."

Hochul, a Democrat has stated that she wants to ensure any legislation balances environmental and economic concerns

Specialized computers are required to mine cryptocurrency. They consume large amounts of energy. According to the U.S Energy Information Administration, one study found that bitcoin's annual electricity consumption in November 2018 was similar to Hong Kong's in 2019. Some miners are trying to reduce their dependence on fossil fuels in order to produce electricity.

A coalition of environmental organizations has been pushing the Hochul administration to refuse the renewal of the air permit for Greenidge Generation in Finger Lakes. This generator also supplies power for the state's electric grid. The decision could be made by the end of this month.

If the moratorium is signed into law, it would not affect any pending applications such as Greenidge's.

This measure would also require that the state Department of Environmental Conservation conduct an environmental impact assessment to determine how cryptomining impacts the state's ability meet its climate goals.

In April, the bill was passed by the Assembly, which is the lower chamber of the Legislature.

1 Girardi is fired by the Phillies after another disappointing... 2 2 monkeypox strains in US suggest possible undetected... 3 Trial of Depp-Heard: Advocates worry about chilling... 4 Over 750 US complaints have been filed about Teslas's... 5 Special Olympics drops vaccine rule following $27M... 6 Can Gauff top Swiatek? Surprise Slam is a place where... 7 EXPLAINER - Russia-Ukraine war at 100 days by the... 8 GOP's Cornyn is tapped as Senate leader to discuss... 9 'Precious individuals' taken in Texas school... 10 Queen Elizabeth II skips the Platinum Jubilee church... 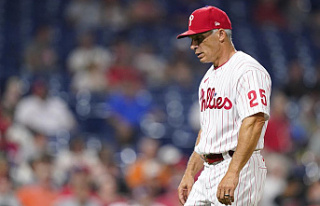 Girardi is fired by the Phillies after another disappointing...