The rock priests will give a concert in Chueca on Saturday, June 18

The musical group 'La Voz del Desierto', known as the rock priests, will give a concert this Saturday, June 18, in the Plaza del Egido, in the Toledo town of Chueca. 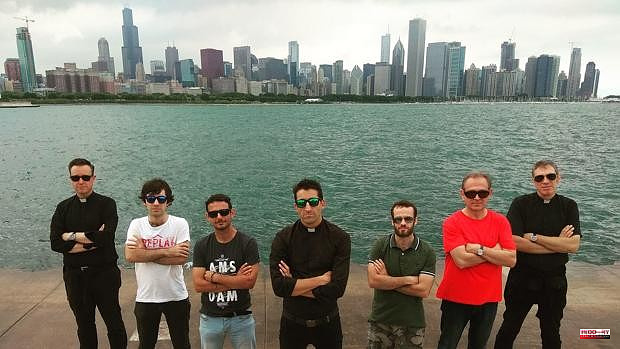 The musical group 'La Voz del Desierto', known as the rock priests, will give a concert this Saturday, June 18, in the Plaza del Egido, in the Toledo town of Chueca. It will be his return to the stages of Castilla-La Mancha after the break due to the pandemic.

“We are very excited, thanking God for being able to praise and bless the Lord again in a concert. After all this period in which, in addition, we have had the loss of a loved one due to covid-19, and some of the members being on the verge of death from the virus, our hearts are full of gratitude, " they explain from 'The Voice of the Desert'. It will be a very special concert since the group's sound technician and drummer are from Toledo and have a strong link with Chueca and the surrounding municipalities.

The group 'La Voz del Desierto' was born in the Madrid city of Alcalá de Henares and has been making Catholic pop rock music for 18 years. It is currently made up of three priests and four lay people whose objective is evangelization, that is, to speak of Jesus Christ to the whole world with their songs. During these almost two decades they have taken their music throughout Spain, the United States, Portugal and Panama. It was in this Central American country, in January 2019, when they performed on the central stage where Pope Francis was on the occasion of World Youth Day.

Its purpose is to resume little by little the concerts throughout this year. They have already received a large number of requests from various cities in Spain and abroad. This concert in the province of Toledo will be the second in 2022 after the one held in Torrejón de Ardoz (Madrid) on June 4.

'La Voz del Desierto' has released six albums. The last one is titled 'Tu Rostro Buscaré' and was produced by Santi Fernández, drummer of the legendary group 'Los Secretos'. The musical group is present on the main platforms such as Facebook, Instagram, Twitter, YouTube and TikTok. They landed on this last social network five weeks ago and some of their videos are close to exceeding 300,000 views and 1,000 comments. You can get more information about them on their official website.

1 A rare look at the birthplace of nuclear subs 2 Color filter for display and sensing using an all-dielectric... 3 This training bundle teaches you how to automate repetitive... 4 A model that predicts the exact quasi-particle properties... 5 The Government will prime the self-employed's... 6 The Ibex closes in free fall waiting for the rate... 7 Globalvia completes its entry into Iryo and will bid... 8 Deshaun Watson: I just want my name to be clear"... 9 Derrick Henry signs a new contract: That's great... 10 The coronavirus continues to kill and cause serious... 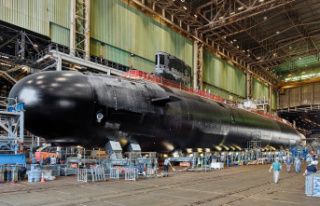 A rare look at the birthplace of nuclear subs