A total of 33 projects for as many clients, all budgeted, some invoiced and others rejected, a good part prescribed, others still to be investigated, dated between 2004 and 2015. 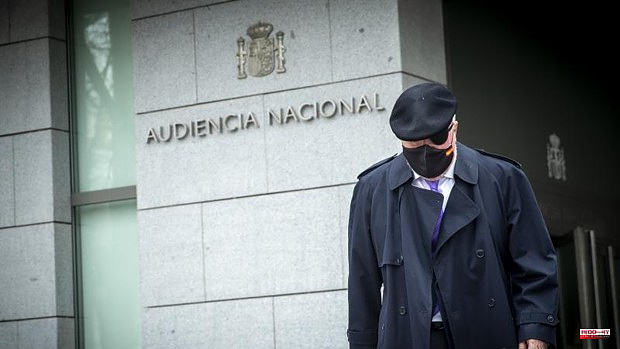 A total of 33 projects for as many clients, all budgeted, some invoiced and others rejected, a good part prescribed, others still to be investigated, dated between 2004 and 2015. It is the balance that the Unit has put on the table of Judge Manuel García Castellón of Internal Affairs of the National Police that investigates the retired commissioner José Manuel Villarejo. The reason, the tracking that the instructor requested to refine the crime of criminal organization that is already being investigated in a separate piece of the case, number 31, underpinning the thesis of the orders that were already under investigation are not isolated events. His was a way of life.

This report is a double-edged sword because, on the one hand, it delves into the crime of bribery charged to him every time he accepts a particular mission carrying the badge in his pocket.

But on the other, it supports the main thesis of the defense, based on the fact that Villarejo did what he did with light and stenographers, in full view of the whole world because for years the successive interior ministers consented to it. "If you don't bill, you see the tocomocho," one of the defendants said about the commissioner's business during the trial at the National Court. The request of another defendant who requests to call the State as subsidiary civil responsible for such outrage is yet to be resolved.

The work of Internal Affairs is the result of the systematic analysis that since the beginning of the proceedings, in 2017, they have been doing on the material seized from the commissioner. Sometimes, current affairs rules -whether it's news or complaints from those affected- and the police officer's arsenal is delved into with search criteria. The rest of the time, the task is to analyze and classify the content folder by folder. When a project that could be criminal is isolated, it is proposed to the judge to open a separate piece. The request is not always answered. Until now, there are 33 pieces that have been opened in this way, and more than a third are still alive,

Now, what the Police is offering is an overview of a decade of work by the commissioner and a glossary of the terms with which he called his projects. The report, advanced by La Razón and to which ABC had access, includes a table with 33 notes classified by client, investigated, budget and date and status of the issue. Attached is a memory disk that contains 30 gigabytes of information to support each of the names that appear on that list, which includes everything from the toy manufacturer Simba to Citibank, through law firms on behalf of others such as Grupo Vips, and even the lawyer who represented him at his arrest, Ernesto Díaz Bastién.

It is noteworthy that Internal Affairs places another Police Commissioner, Gabriel Fuentes, as a "client representative" in two projects. In one case, from 2006, the plan is called “Hungary” and it is known that it is promoted by “Insitu Grupo Consultor”. The price, 31,500 euros. The second case does not include price or status, but the target was two people from the firm Cementos La Unión. It is the "Hard" project, from the same dates and it is likely that it has already prescribed. Villarejo was active at that time. Of Fuentes, the report only says that he retired in 2018.

And if “Hard” had the amount box orphaned, “Harbor” has the one corresponding to the customer empty. It does say who was going to be spied on, C.P., a person who is identified by the acronym of the Popular Party. There are some surnames better known than that "P" among the people investigated under those projects, such as that of Trinitario Casanova, a businessman who continues to be among the richest people in Spain and whom Villarejo would have spied on for an amount of between 675,000 euros and 4.75 million in 2010 on behalf of a construction company, the Hispania Group, according to the police report.

For the same reason, Ahmad Al-Fahad Al-Sabah appears, a name that corresponds to that of the Kuwaiti politician who chairs the Association of National Olympic Committees and whom Villarejo would have looked at on behalf of someone who is only defined as a "trusted person". » in 2014. It is the project that he named Raven, to «know in depth» his «illicit activities and especially those that negatively affect the allies» of that trusted person whose name does not appear. Neither does the amount.

The scheme of all, by the extracts of each project that Internal Affairs collects, is the same and that is already known in the National Court. «The project would have as its fundamental objective, to safeguard the interests of the Economic Group represented by K (client)» and from there, the goals that were, but if they mediated vetoed access to data from police bases, this summary does not say, although it is They point out some lines to follow in these extracts.

This is the case of a preliminary report that is also included in the Internal Affairs battery and that is included in the project called «Deal», whose objective would be «to study the feasibility of being able to activate the 'turn-on' of an operational protocol, which from its start-up, operates, among other functions, as a 'preventive and alert program'. »The aforementioned protocol, in addition to searching for and obtaining data, will carry out a subsequent analysis of the same, in order to periodically prepare an intelligence report«, says the job description.

In another case, the person under investigation is the administrator of a beverage company. It is the "Logo" project, dated 2013, and carries a warning from the police force: "It contains information that affects the intimate sphere of the client and third parties."

1 We can boast of not going to the NATO anniversary,... 2 The Day of Music returns to premiere the summer in... 3 Belarra spends 357,000 euros on advertisers of 'sustainable... 4 Uvalde: Funerals, burials and visits, one after the... 5 EU leaders agree to ban Russian oil at 90% by the... 6 Mexico's 1st Hurricane of the Pacific Season... 7 A probe could shed light on the time-lapse of police... 8 O'Rourke believes that Texas' governor's... 9 Populist millionaire faces ex-rebel for Colombia presidency 10 The war in Ukraine has led to an increase in food... 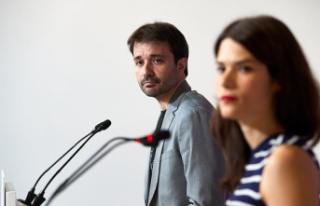 We can boast of not going to the NATO anniversary,...