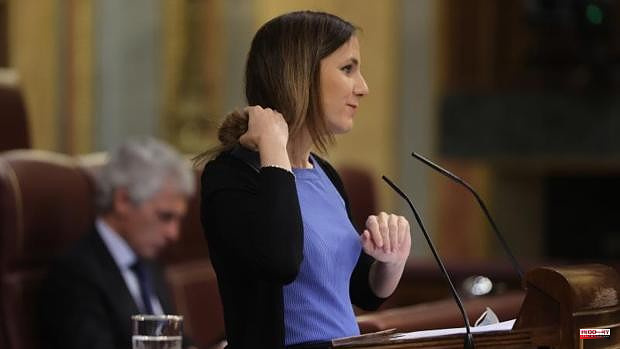 The Minister of Social Rights, Ione Belarra (Podemos), has decided to spend 357,555 euros to advertise 'sustainable optimism'. She has just hired a team of creatives to design advertisements with which to convince Spaniards that the 2030 Agenda, the green and supportive development goals, are the springboard to a more prosperous economic and vital future. Those 357,555 euros – VAT included – is what the bill for the design of the campaign will amount to, for devising and carrying out the advertisements for television, radio, social networks, street advertising and the Internet. To this we must then add the cost of disseminating advertising, of inserting it on all those platforms. This has not been contracted yet, but the creative design has.

The material should be ready in a couple of months. The motto is 'A country that always rises. Agenda 2030'. The Ministry headed by the general secretary of Podemos has made it clear to publicists what the objective of this propaganda action is: to instill "the idea that the 2030 Agenda is key to achieving a better future", which is essential for the economic relaunch after the crisis caused by Covid. In other words, to spread design messages with a dual purpose: on the one hand, «for citizens to regain confidence in the future»; on the other, convincing them that this "recovery of confidence necessarily passes" through "the 2030 Agenda", one of the powers that depend on the Ministry of Belarra.

The coalition government of the PSOE and United We Can raised the 2030 Agenda to the category of Secretary of State. At the head of it is currently placed the leader of the Communist Party of Spain (PCE), Enrique Santiago. His annual salary as Secretary of State is around 120,000 euros. She joined the position on March 31 of last year, when Belarra left that position to become a minister. In 2021, for nine months at the head of the Secretary of State, Enrique Santiago received 92,770 euros. Belarra, for the previous three months in that same position, 31,000 euros.

The advertising commissioned now to extol the 2030 Agenda and gain support among the public must show that the future "can be hopeful and better than the present if we comply with the 2030 Agenda." This is stated in the conditions that the Ministry has transferred to the advertisers it has hired. He has indicated that these messages must be reflected with an "original, innovative, fresh and surprising" idea, in order to "cause an impact on citizens and promote their knowledge and support for the 2030 Agenda." The creative process will be supervised by the Ministry.

Almost a year has taken the Government to award this contract. The process has been uneven: two bidders were presented and the Ministry of Belarra excluded the one who had bid with the cheapest offer. The Ministry considered that this offer incurred what in public contracting is classified as 'reckless dismissal' without justification. The excluded, the union of companies Tex45 Productions and Metronoventa, appealed without success. They offered to design these advertisements for 264,748 euros, but the Ministry of Social Rights has preferred the firm Adsolut for 357,555 euros, understanding that it is the most solvent.

1 Uvalde: Funerals, burials and visits, one after the... 2 EU leaders agree to ban Russian oil at 90% by the... 3 Mexico's 1st Hurricane of the Pacific Season... 4 A probe could shed light on the time-lapse of police... 5 O'Rourke believes that Texas' governor's... 6 Populist millionaire faces ex-rebel for Colombia presidency 7 The war in Ukraine has led to an increase in food... 8 France accuses ticket fraud of causing Champions League... 9 Jubilee: The Balcony moment tells the story of the... 10 WHO: Monkeypox will not turn into a pandemic. But... 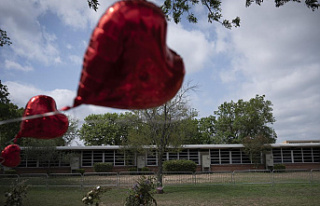 Uvalde: Funerals, burials and visits, one after the...