For the independence movement, the dismissal of Paz Esteban as director of the National Intelligence Center (CNI) was sung, within the script. 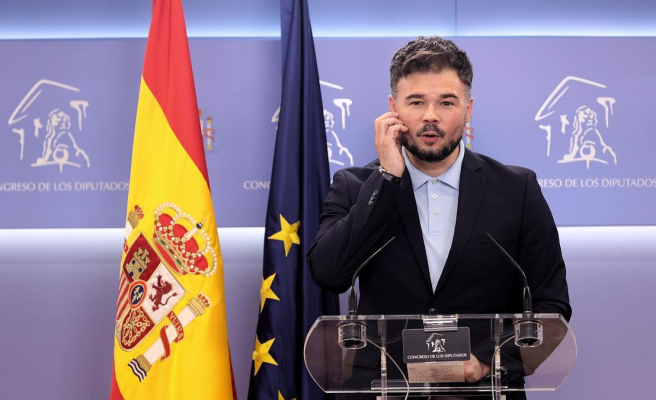 For the independence movement, the dismissal of Paz Esteban as director of the National Intelligence Center (CNI) was sung, within the script. So the news did not catch the Government, nor the main sobiranist parties: Esquerra, Junts and the CUP, much less with a changed foot. This cessation does not comfort them. Of course, they lamented the lack of self-criticism of the Minister of Defense, Margarita Robles, and of explanations for her dismissal. That Robles also spoke of "substitution" instead of resignation did nothing but raise nervous laughter in the pro-independence ranks. Esteban is “a scapegoat”.

The Government's demands are the same as those expressed the day after the espionage with Pegasus became known: maximum transparency, declassify documents and guarantee that this situation will never be allowed to happen again. But there was one modulation in the speech. At least, in the Catalan Executive and ERC, which unlike other occasions did not explicitly ask for the head of the Defense Minister as they had done until the day before.

Both the spokeswoman for the Government, Patrícia Plaja, as well as that of Esquerra in Parliament, Marta Vilalta, or Gabriel Rufián from Madrid avoided calling for Robles' dismissal despite the insistence of the journalists. “We will not put names and surnames (...). It is sought that those who have some assume responsibility, "said Plaja. "The concept of political responsibilities goes beyond dismissals or resignations that there may be," she summarized.

In any case, that now they do not verbalize the names does not mean that they stop demanding dismissals. In fact, ERC is taking a motion to the plenary session of Parliament tomorrow in which point number six explicitly calls for Robles to leave office.

In any case, those who do not have any obstacles when claiming resignations with names and surnames are Junts and the CUP. Both point to the Prime Minister. Of course, also Robles. “They have made the director of the CNI pay for the espionage scandal. It is known that the CNI dispatches with Pedro Sánchez and the Defense Minister”, said Josep Lluís Cleries, spokesman for JxCat in the Senate. Míriam Nogueras, deputy in Congress, resorted to a classic to compare situations: “Who is Mr. X of Catalangate? He is not worth a scapegoat for us.”

The CUP was not far behind. The deputy Laia Estrada believes that the change in the direction of the CNI is nothing more than "a smoke screen" and an "escape valve" from Moncloa.

This is where one of the most shared perceptions in the independence movement is linked: that Sánchez, with this dismissal, is trying to smooth the understanding with ERC, an almost essential party to maintain parliamentary stability. “Sánchez buys time, tries to cajole the president”, point out sources from Junts and the CUP, and at the same time, clears the way for a future face-to-face with Pere Aragonès.

However, the Government continues to pressure the Spanish Executive. Yesterday, the Minister of the Presidency, Laura Vilagrà, addressed a letter to her counterpart in Moncloa, Félix Bolaños. It communicates the determination of the Generalitat to go "to the end" in order to clarify the espionage of more than sixty people from the pro-independence environment uncovered a few weeks ago by Citizen Lab. The Government wants "responsibilities to be purged" and declassified judicial orders or authorizations that allowed the interception of the Aragonès telephone. Likewise, the minister highlights in the letter that the PSOE's refusal to set up an investigative commission in Congress does nothing more than "deepen" the loss of political and institutional confidence in the Government.

1 Podem and Esquerra Unida will negotiate their electoral... 2 The Botanist is hastening the deadline to validate... 3 Peace and hope 4 the german swerve 5 Borràs and Turull share the power of Junts to avoid... 6 The European Parliament studies the sending of a mission... 7 For Andalusia stops the 8 The independentists are not satisfied with the dismissal... 9 Outrage in the CNI for the dismissal of its director 10 Pegasus plug Pegasus 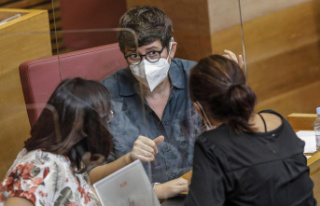 Podem and Esquerra Unida will negotiate their electoral...