Podem and Esquerra Unida will negotiate their electoral alliances separately

The nonsense in Andalusia has set off alarms in the leftist forces. 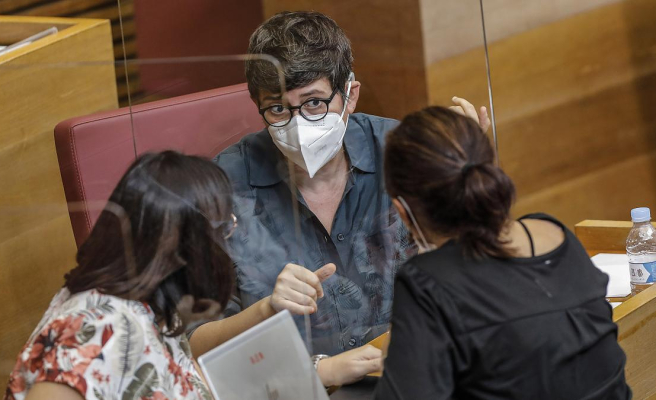 The nonsense in Andalusia has set off alarms in the leftist forces. The signing of the Túria Agreement last Monday in the city of Valencia has shown that the pre-election movements have already begun, waiting for the person called to lead this new space to the left of the PSOE -Vice President Yolanda Díaz- to take the final step . Now there is talk of after the Andalusians of 19-J.

Thus, it does not seem that all forces are in the same hurry to advance towards that goal. Yesterday, the leader of Podem in the Valencian Community, Pilar Lima, after the meeting of the Board of Trustees of Les Corts, assured that “the elections are one year away; It's a long time ”and she asked to focus on taking advantage of the remainder of the legislature to carry out regulations such as the Climate Change Law, the tourist tax or the Mental Health Law.

Lima did not rule out the goal of achieving a consensus candidacy but considered that, today, the priorities should focus on exhausting the legislature. "We have not stopped talking, but I like to do it in discreet spaces and not through the press", pointed out the leader of the party of the circles,

At the same table and a few meters away, the deputy spokesperson for Unides Podem in Les Corts, Estefanía Blanes (EU) defended that Andalusia shows that "the deadlines cannot be rushed and we must start talking now".

Sources from this formation assured La Vanguardia that the US will autonomously negotiate its policy of alliances with the will to articulate that broad front that they want. In fact, the same sources acknowledged that the relationship between the two parties that make up the Unides Podem coalition (Podem and the EU) "is not going through its best moment" and slipped that they have no problem seeking agreements on their own with those parties that they do want to join forces.

It cannot be forgotten that Unides Podem is an electoral coalition and this formula, despite the fact that it seems consolidated, does not have to be repeated in future elections. In fact, in recent months there have been some rapprochements between Esquerra Unida and Compromís that have not gone unnoticed.

Compromís, one of the signatories of the Turia Agreement, also spoke yesterday of possible confluences. His parliamentary spokesman, Papi Robles, assured that his formation "is already at work" while warning that the "limits" of Compromís will always be that this broad front does not put party acronyms before the interests of Valencians.

How the space to the left of the PSPV ends up being reconfigured is presumed key to a hypothetical continuity of the Government of the Botànic since the electoral barrier - which requires exceeding 130,000 votes to have parliamentary representation - poses a serious threat.

1 The Botanist is hastening the deadline to validate... 2 Peace and hope 3 the german swerve 4 Borràs and Turull share the power of Junts to avoid... 5 The European Parliament studies the sending of a mission... 6 For Andalusia stops the 7 The independentists are not satisfied with the dismissal... 8 Outrage in the CNI for the dismissal of its director 9 Pegasus plug Pegasus 10 The Govern sees the replacement in the CNI as insufficient,... 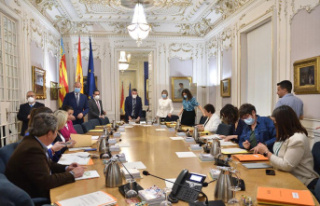 The Botanist is hastening the deadline to validate...