The cloister that was moved stone by stone twice

Every last Sunday of the month you can visit the Gothic cloister of the monastery of Santa Maria de Montsió in its current location, in Esplugues de Llobregat. 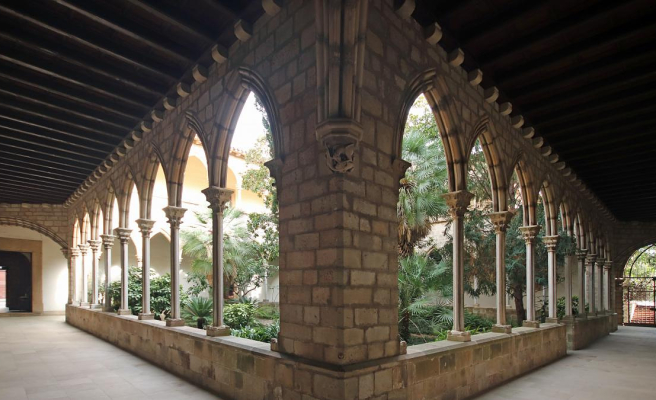 Every last Sunday of the month you can visit the Gothic cloister of the monastery of Santa Maria de Montsió in its current location, in Esplugues de Llobregat. He has been there since the late 1940s, but before that he was in Barcelona. First next to the current Portal de l’Àngel, and later on the Rambla de Catalunya at the height of Rosselló.

Some of the stones of the cloister still show the numbers with which they were marked in their day to dismantle it and later rebuild it. These are numbers that are the testimony of the two changes to which this magnificent Gothic atrium was subjected throughout its history.

The origin of the Montsió monastery dates back to 1351, when a congregation of Dominican nuns settled near the Drassanes. After a short time they decided to move inside the walled city for security reasons. They did it next to what is now the site of the old Santa Creu hospital, until in 1423 the nuns moved again to an old Augustinian monastery in what is now Portal de l'Àngel at its confluence with Calle Montsió, which precisely took its name from the religious site.

It remained there for four centuries, a period in which it reached its splendor, although with moments of crisis, such as the War of Succession and the Napoleonic invasion. The confiscation of 1835 forced the congregation to abandon the building, in which an operatic theater was installed that was the embryo of the Liceu. The nuns returned between 1845 and 1868, when the revolutionary authorities re-seized the convent. They recovered the property in 1875, but the dilapidated state of the building made it advisable to move it.

They then settled in a new convent that was built on the Rambla Catalunya con Rosselló, where the cloister was moved stone by stone for the first time and where the church still stands, today converted into the parish of Sant Ramon de Penyafort.

The new convent was attacked during the civil war. Once the war was over, and given the high cost of restoring the enclosure, the community decided to move again, this time to Esplugues, acquiring the modernist estate of Can Casanovas and moving the traveling cloister stone by stone for the second time.

The nuns definitively abandoned their new monastery in 2019, but the building and its magnificent cloister remain.

1 Dalí's lost interview 2 Consumption sanctions 19 online gaming and betting... 3 An NFT that reinterprets Casa Batlló sells for 1.38... 4 Etisalat buys 9.8% of Vodafone for 4.4 billion dollars 5 The mystery of the locked room and the unexplained... 6 Primark earns 70 million in Spain, 45% more, although... 7 A concert on the moon 8 This is how the new kings of the green megawatt are... 9 Two skeletons from Roman times discovered in redevelopment... 10 ACS offers Atlantia to go together to tender for concessions 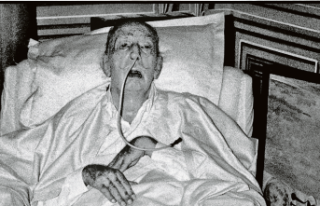