The CJEU's decision on Banco Popular "strips those affected of their investment", according to OCU 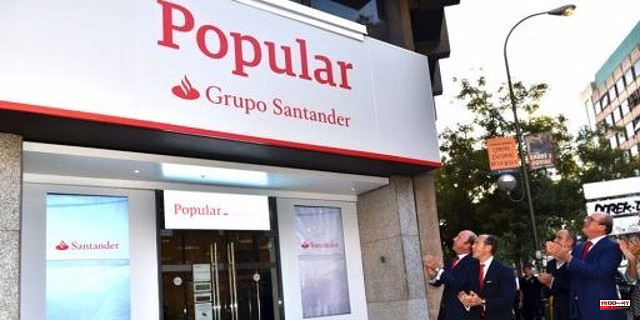 The Organization of Consumers and Users (OCU) has described as "disastrous" the latest sentence of the Court of Justice of the European Union (CJEU) that declared that the shareholders of Banco Popular cannot claim against Banco Santander, and hopes that this "end unexpected" does not entail the imposition of costs in open proceedings.

In a statement, the organization points out that this ruling "deprives a large part of the affected shareholders of being able to recover their investment."

It should be remembered that the CJEU declared that the European regulations on resolution preclude shareholders who bought Banco Popular shares before their resolution from being able to demand responsibility from Banco Santander for the information contained in the prospectus or to bring an action for annulment of the contract of subscription of these shares, which would give rise to the restitution of the amounts invested and the accrued interest.

Thus, the OCU considers it "regrettable" that European justice "frees Banco Santander from paying all pending compensation in court and guarantees that small investors support losses in resolution processes with their savings."

The organization recalls that Banco Popular was the first bank to go into resolution in Europe and that the affected savers "had to dedicate themselves to legally claiming their investment, thus stripping 350,000 investors of their savings."

Likewise, it complains that the CJEU "has limited itself" to reproducing the opinion of the Advocate General, "ignoring the arguments presented by other interested parties such as OCU", while "it has knocked down" all the ongoing procedures that To date, they do not have a final judgment.

OCU hopes that the Spanish courts take into account that this "unforeseen circumstance" is "unrelated" to the will of the investors, "so that the unexpected end of these processes does not entail additional damage with the imposition of costs."

The organization assures that it is an "expropriation of savings", that it is "intolerable", and that it "destroys all the work that it has been carrying out during these five years, for all the affected investors, in general, and in particular for its partners, for whom it has legally claimed more than 93 million euros and from which only the 1.5 million euros that appear in a final judgment can be recovered".

1 A good Friday for Sainz and Alonso in Montmeló 2 The penultimate dance of Amorebieta 3 F1: Lance Stroll has work to do 4 An Italian couple and their son, kidnapped in Mali... 5 Moreno affirms that he would like to be able to "confront"... 6 The Ibex rises 1.7% in the week after the improvement... 7 Investment trends in startups and food innovation,... 8 The G7 calls on central banks for "decisive action"... 9 Summary of Tomorrow belongs to us episode 1190 of... 10 Carmen Picazo (Cs) encourages a replacement in the... 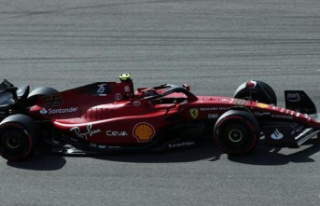 A good Friday for Sainz and Alonso in Montmeló