Putin Was Treated For Advanced Cancer In April, According To US Intelligence: 'He Is Definitely Sick'

Vladimir Putin's health is a subject of intense debate within the Biden administration after US intelligence conducted its fourth comprehensive assessment in late May. 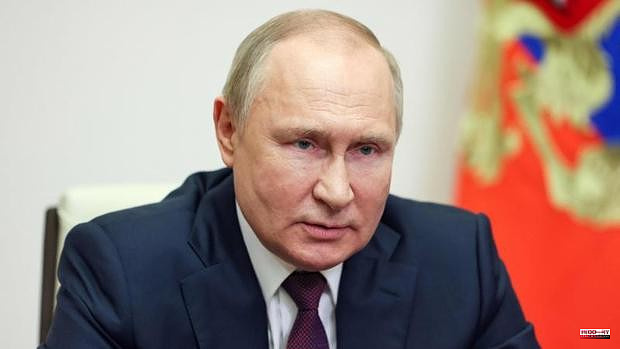 Vladimir Putin's health is a subject of intense debate within the Biden administration after US intelligence conducted its fourth comprehensive assessment in late May. The classified US report claims that Putin appears to have resurfaced after undergoing treatment in April for advanced cancer, three US intelligence leaders who have read the reports told 'Newsweek'.

The senior officials consulted, representing three separate intelligence agencies, worry that Putin is increasingly paranoid about his grip on power, a state that makes the course of the Ukraine invasion unpredictable. But this, they say, also makes the prospects of nuclear war less likely.

"Putin's control is strong but no longer absolute," says one of the top intelligence officials with direct access to the reports. "The manipulation within the Kremlin has never been more intense during his rule, everyone feels that the end is near."

The three officials, one from the office of the Director of National Intelligence, a retired senior Air Force officer and one from the Defense Intelligence Agency, warn that the isolation of the Russian leader makes it difficult for US intelligence to accurately assess the state of your health.

"Putin has had few meetings with foreign leaders," said the DNI leader consulted by 'Newsweek'. "Putin's isolation has increased levels of speculation." "We must be aware of the influence of illusions," warns the retired Air Force high command. "We learned, or didn't learn, that lesson the hard way with Osama bin Laden and Saddam Hussein."

Some observers deduced that the Russian leader suffered from Parkinson's. Others insisted it was just his KGB training, referring to his stiff posture and the way he walked, always with his right arm ready to reach inside his jacket for a weapon. A video of Putin in an April 21 meeting with the Russian defense minister in which the president took hold of the table was closely examined by intelligence analysts, some trained in remote diagnosis and others in psychiatry. The consensus was that Putin was sick and probably dying. Perhaps the Covid lockdown had masked a decline that was only now being exposed.

The Russian leader was seen noticeably swollen at the Victory Day appearance on May 9. Putin's health and his inability (or reluctance) to declare victory in the Ukraine went hand in hand. US intelligence agreed that his situation was more dire than previously thought, and his physical exhaustion was matched by Russia's own exhaustion.

Three days later, Ukraine's intelligence chief, General Kyrylo Budanov, told 'Sky News' that Putin was in "very poor psychological and physical condition and is very sick," adding that there were plans within the Kremlin to overthrow him. .

At that time, the rumor that Kremlin security personnel had uncovered a Russian plot to assassinate Putin was confirmed. The CIA and foreign intelligence services picked up constant stories of discord at the top of the national security ministries, as well as the desire of Russian diplomats to defect to the West.

Is Putin sick? Absolutely. But we should not wait for his death to prompt proactive action on our part. A power vacuum after Putin could be very dangerous for the world," explains the senior Air Force official.

Russian Foreign Minister Sergei Lavrov dismissed any idea that Putin is ill in an interview on French television. "I don't think a person in his right mind could suspect any signs of illness or disease in this man," Lavrov said, citing Putin's recent public appearances. "Lavrov's insistence that everything is normal is both a declaration of loyalty to Putin and a diagnosis that must be heard," the DIA official said.

"Putin is definitely sick... if he is going to die soon it is mere speculation," the DIA official says. “Still, we should not be calm. He's still dangerous, and chaos is brewing if he dies. We need to focus on that. You have to prepare."

1 The Prosecutor's Office of Peru summons Castillo... 2 After refusal to fly, Russian minister cancels visit... 3 Kosovo war veterans fight with the police and want... 4 When do pensioners get extra summer pay? 5 EXPLAINER - How UK Conservatives can Change Their... 6 The Puig Government refuses to recover the place names... 7 Metro Madrid and EMT are looking for users with iPhone... 8 The judge reopens the case for the second fraud against... 9 They investigate a possible sexual assault at the... 10 The 'tories' that have moved against Boris... 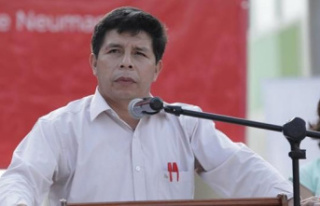