The 30th Investigating Court of Madrid reopens the investigation into the second fraud that the city council of the capital would have suffered during the first wave of the pandemic for which the consistory paid 1. 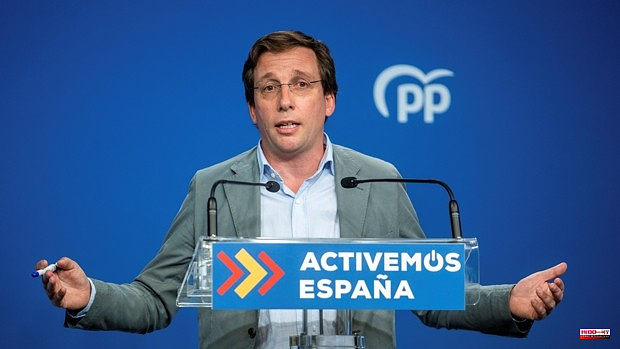 The 30th Investigating Court of Madrid reopens the investigation into the second fraud that the city council of the capital would have suffered during the first wave of the pandemic for which the consistory paid 1.25 million euros to a New York consultant, Sinclaire and Wilde, for 500,000 masks that were found not to comply with current regulations.

It is a decision that comes after the police provided a new location of the alleged perpetrator in an "extensive report dated April 12, 2022" in which he indicated that he has his residence in England. "Given a new clue about the possible whereabouts of the person who would have acted as an intermediary in the purchase operation, the proceedings should be reopened and new procedures aimed at clarifying the facts should be carried out," the judge argues in the resolution.

This is Philippe Haim Solomon, the businessman behind the New York consulting firm Sinclaire and Wilde who had closed the sale with the city council.

On this occasion, the city council approved the purchase on March 23, 2020 of one million FFP2 masks for 2.5 million euros that were to arrive in the capital in two batches. The provider, a New York consulting firm, to which the council ended up making a single transfer for half the money for the first shipment. There was not a second because in April, with the masks already on the way, the legal services of the city council detected irregularities. According to the report of the Municipal Police, the quality certifications were missing despite the fact that they had been requested on numerous occasions. They demanded the refund of the amount without obtaining a response.

The merchandise ended up arriving at the Barajas airport customs office. Half a million masks that, according to the director general of Emergencies and Civil Protection, "did not meet the technical requirements of Spanish or European regulations."

It concluded that the product, "although it appeared to be true" presented "sufficient indications" that it did not meet the basic health guarantees to be delivered to the Emergency personnel. He put the matter directly in the hands of the Municipal Police, who came to the conclusion that the documentation that was traveling with the masks was also not the correct one: "It includes documents that are indicated for other products, such as cosmetics," said the report. .

The Municipal Police turned to their colleagues from the New York Metropolitan Police and provided them with Solomon's address in that city. They knocked on his door but the one who opened it was a citizen of Chinese origin, who acknowledged having lent his address to the consultant to use it as a fiscal address, but he had no idea about his administrator. He said that he did not know him in person, beyond online calls, and complained to the agents that for some time now different legal requirements had been coming to him on his behalf. He did not know what his whereabouts could be. It was then suspected that he might be in the UK.

The reopening of the case is added to the investigation that a Madrid court is also following for the commission of about 48 percent that businessmen Luis Medina and Alberto Luceño took through their intermediation. Both contracts are from the same dates, March 2020, in the midst of a pandemic, when shortages and the need for medical supplies reigned. In fact, the Madrid City Council provided the Anti-Corruption Prosecutor with the documentation relating to this other scam, so that they could take it into account in their investigations into the two commission agents and be able to verify what the council did when, in a similar context, it detected that there was a cheated.

1 They investigate a possible sexual assault at the... 2 The 'tories' that have moved against Boris... 3 López Obrador will not finally attend the Summit... 4 'There is no food': Russian soldiers are... 5 Ukraine will resume its league in August 6 Manuel Francisco Reina wins the XXXII Gil de Biedma... 7 Mónica Oltra asks the TSJ not to charge her for managing... 8 Policies to promote Basque have harmed the English... 9 The National Court prohibits the captain of Villa... 10 Two minors under the age of 15 and 17 arrested after... 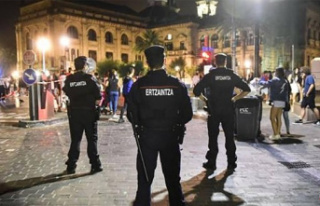 They investigate a possible sexual assault at the...