On both sides of the border: Swiss nuclear waste plans near Germany trigger concerns and protest: "It's very shocking"

The nuclear waste has to go somewhere. 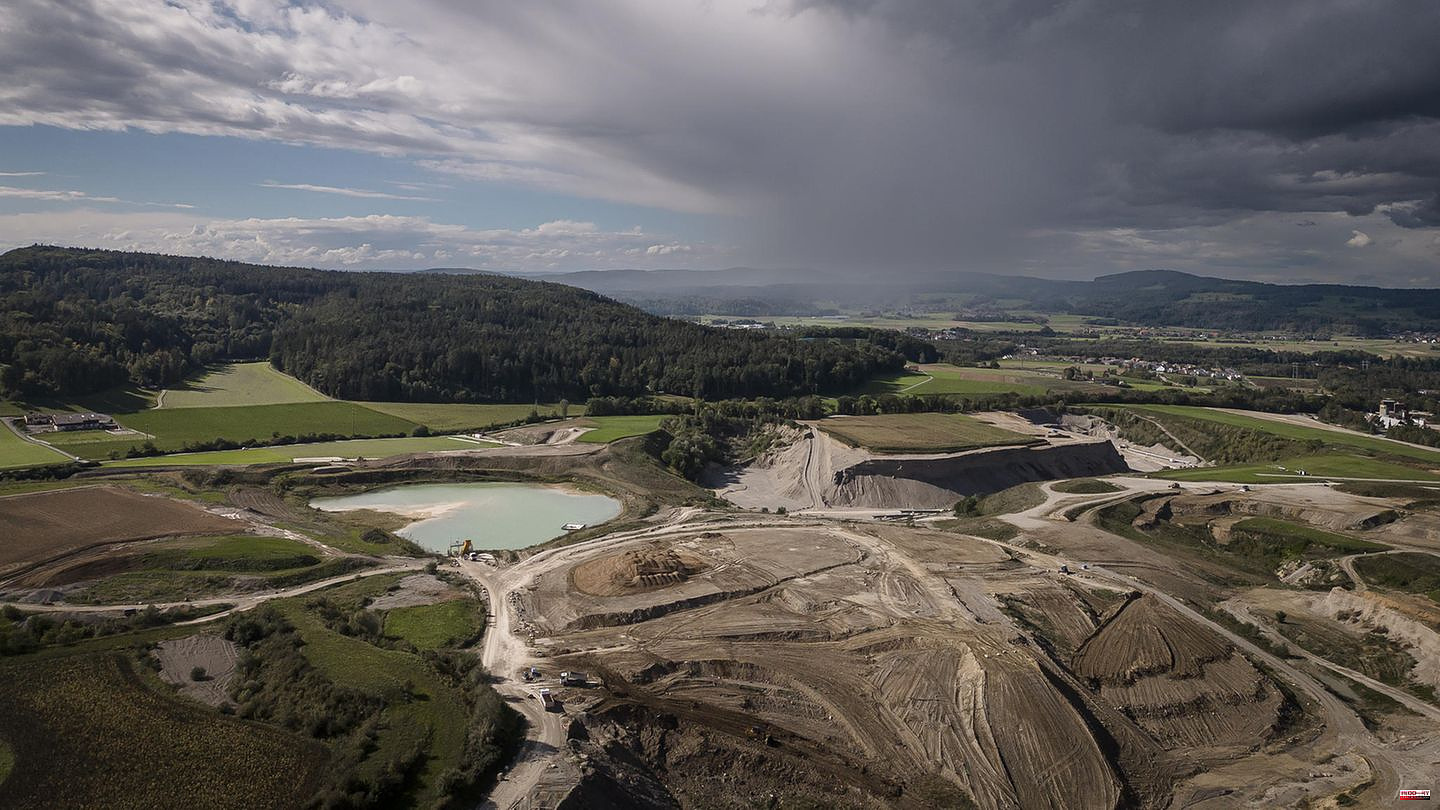 The nuclear waste has to go somewhere. In Switzerland he is supposed to go to Nördlich Lägern - and thus very close to Germany. The initially planned buildings are only about 2.3 kilometers south of the state border. The people in the region feel overwhelmed. On Saturday, the responsible National Cooperative announced its site proposal for the storage of radioactive waste (Nagra). A local resident told the Tamedia newspapers that she will have to leave her farm with her family. "We can't live with a deep repository in the garden."

As the "Tagesanzeiger" reports, the Zurich wine region has practically come to terms with the fact that Nagra will propose its site for a deep repository. Seven years ago she said that Nördlich Lägern had clear disadvantages compared to the wine country. The Nationale Genossenschaft is now proposing Nördlich Lägern as a location.

The Swiss would have to explain very well why a postponed location suddenly became the preferred location, said the mayor of Hohentengen, Martin Benz, of the German Press Agency (dpa). His community is particularly close to the favored location. "The train station, which could be used for transport to and from, is a few hundred meters from our residential areas. If the nuclear waste transport comes by road: that's also only 850 meters away."

The residents are aware that the radioactive waste is present and must be disposed of. They are also in the safest place for storage. "But these questions have to be answered: What are the possible accident scenarios and how are you prepared for them?"

The mayor is not alone with his questions. Several German cities and municipalities on the Upper Rhine are criticizing the plans from Switzerland, which also include the construction of a fuel element packaging plant at the Würenlingen site around 15 kilometers south of the German municipality of Waldshut-Tiengen. This is a major burden for 67,000 people, several mayors announced on Sunday.

"We have drinking water fountains everywhere, we have the Aare and Rhine nearby. The question of drinking water protection is a major concern for the population," says Martin Steinebrunner from the German Coordination Office for Swiss Deep Repository (DKST) at the dpa's Hochrhein-Lake Constance regional association.

On the one hand, the earthquake probability must be as low as possible, on the other hand, the stone in the subsoil must have certain properties. In Switzerland, only the Opalinus Clay is suitable for storage. "The Opalinus Clay is dense, can seal any cracks itself and binds radioactive particles to itself," Nagra announced. "In this way it locks in radioactive substances in the long term." These requirements only exist in the border area.

The highly radioactive waste from nuclear power plants, medicine, industry and research totals 9300 cubic meters. According to Nagra, this corresponds to the volume of around eight single-family houses. In addition, there is around 72,000 cubic meters of low-level and intermediate-level radioactive waste. The four remaining Swiss nuclear power plants may be operated as long as they are safe. That may go as far as the 2040s.

Radiation can destroy body cells, including those in the blood, skin and thyroid. Leukemia, thyroid and lung cancer are among the possible late effects. There are technical and natural barriers in the camp to prevent radioactivity from escaping. The material is embedded in uranium oxide or glass and packed in thick-walled steel containers or in drums solidified in cement. The storage tunnels are filled with bentonite or cement mortar. The tunnels are hundreds of meters deep. "The required confinement time is around 200,000 years for high-level waste and around 30,000 years for low- and intermediate-level waste," says Nagra.

It is not yet known how the material will be transported to the repository. Nagra wanted to comment on Monday. The material is to be packaged for final storage at the current interim storage facility for nuclear waste in Würenlingen, around 15 kilometers south of the German municipality of Waldshut-Tiengen. A "hot cell" has to be built there, a high-security building.

Nagra intends to submit a building application by 2024, which the government and parliament will decide on. Then there should be a referendum. If construction is not rejected, work is scheduled to begin in 2031. The multi-year emplacement would begin around 2050. The camp would be monitored for decades and finally sealed around 2125.

"When negotiating compensation payments, we want to be appropriately involved, both in the negotiations and in the outcome," says Steinebrunner. Mayor Benz says that Hohentengen will insist on being put on an equal footing with Swiss municipalities when it comes to compensation.

A more detailed public explanation from Nagra is to follow on Monday. An information event is planned for September 15 in Hohentengen, where Nagra will explain its decision. People on both sides of the border will follow these developments closely. 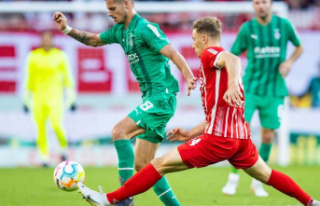 Matchday 6: Freiburg fails to return to the top against...