The first Book Fair without restrictions due to the pandemic starts this Friday, and the Community of Madrid participates in it with a sustainable, translucent pavilion designed around light and water, which will be the scene of dozens of activities. 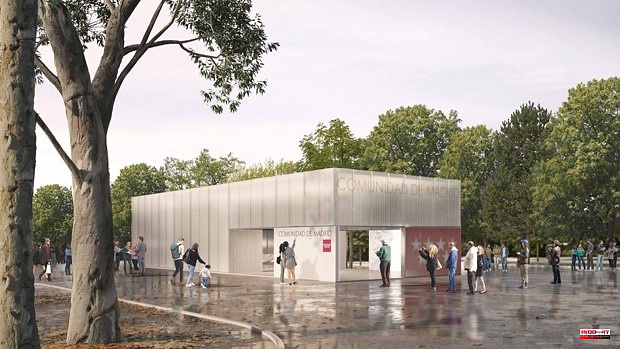 The first Book Fair without restrictions due to the pandemic starts this Friday, and the Community of Madrid participates in it with a sustainable, translucent pavilion designed around light and water, which will be the scene of dozens of activities. According to the latest Barometer of Reading Habits and Buying Books in Spain, Madrid reaches 73.5 percent, compared to 64.4 percent for the country as a whole. "Madrid wants to continue leading the reading population ranking," said the Minister of Culture, Marta Rivera de la Cruz.

In this edition –record in booths and exhibitors, and “we hope that also in visitors”, pointed out the counselor–, the Community of Madrid has increased its contribution to the Fair by more than 30 percent: it has reached 110,000 euros.

Madrid is the region with the highest number of publishers, 883, and bookshops, 441, in the country. According to ISBN data, the region registered 24,235 new titles last year, 26 percent of the national total, which places it, together with Catalonia, at the head of Spanish publishing production.

Among the activities that will take place in the Madrid pavilion, there are activities for all ages. There will be a children's workshop this weekend, 'Palabrerías Ilustradas', which invites you to 'draw' several chosen poems. And next week, the story workshop 'Creas Tú', aimed at children without and with ASD and other support needs.

For adults, on Tuesday, May 31, the round table 'The Essay: the necessary books' will be held. And on June 1, the XV edition of 'Getafe Negro' will be presented, the detective novel festival organized by the Getafe City Council since 2008. From June 2 to 4, the Community of Madrid will host the Edition Market, a meeting for the purchase and sale of children's and youth book rights between publishers. And on the 2nd there will be a tribute to José Hierro, on the occasion of the centenary of his birth.

For fans of the horror genre and the gothic novel, the pavilion will organize a meeting of the Sui Generis Reading Club. And there will also be a space in which different experts will analyze the role of social networks and new media, such as podcasts, in the dissemination of history, with the intervention of representatives of Desperta Ferro, Histocast and Ancient Rome.

1 Madrid, promised land of macrofestivals 2 Green light to the regional laws of Civil Protection... 3 The new pediatricians and family doctors do not want... 4 Moroccans are already the majority in the third Latin... 5 Carvajal: "Hopefully it won't be a burden... 6 Real Madrid signs Curro, the recruiter of young talents... 7 65 kilometers by bicycle under Russian bombs 8 A high-ranking Latvian official explodes in Madrid... 9 The murderers of the sisters of Tarrasa were recorded... 10 The father of the murdered sisters of Terrassa assures... 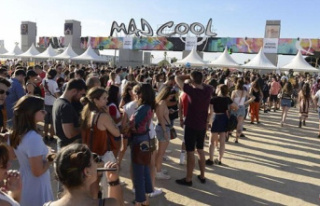