Kashmir's dark past is brought back by a wave of murders

A WhatsApp message threatening to kill the Kashmiri Hindu activist interrupted his listening to sacred hymns on his phone. The WhatsApp message informed him of the death of a prominent Kashmiri chemist, located just a few kilometers from his home in Srinagar (the largest city under Indian control in Kashmir). 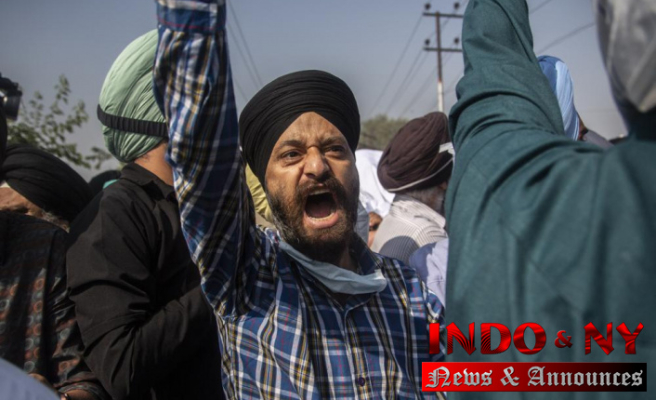 Sanjay Tickoo (54), anxiously ran from his home and assembled his family in the dining area. His phone rang constantly with panicked members of the minority community.

Two hours after Makhan Lal Bindroo's death, assailants gunned down another Hindu man. This was a street vendor from India’s eastern state of Bihar. A separate shooting also killed a local Muslim taxi driver. Two days later, two teachers, one Hindu and one Sikh, were gunned down in a school near Srinagar.

These killings caused widespread unease, especially among the region's religious minor Hindus known locally as Pandits. An estimated 200,000 Pandits fled Kashmir in 1989 after an anti-India revolt broke out.

Tickoo, like 800 other Pandit families, had decided to remain behind to live among their Muslim neighbors. Other prominent Hindus were quickly relocated to secure accommodation. Later, he was moved to a paramilitary temple in downtown Srinagar. This is the heartland for anti-India sentiment.

"I have witnessed death and destruction close up. Tickoo stated that he has never felt so fearful or insecure throughout his entire life. "The virus spread panic faster than the killings."

Bindroo, a chemist, was killed. This was the first murder in 18 years of a Hindu from the small community. The people chose to stay put in the war-torn area. Authorities offered permission to almost 4,000 Hindu workers who returned to the area in 2010 under a government resettlement program that provided housing and jobs.

Tickoo chose to remain, but almost 1,800 Hindu employees fled the Kashmir Valley following the massacre. It brought back the memories of the 1990s when most of the local Hindus fled to the Jammu Plains of India and other parts of Hindu-majority India. There were also a series of targeted killings.

Ankur Datta, who researched Pandit migrant camps in his doctoral research and now teaches at South Asian University in New Delhi, said that the killings "triggered memory which resonates with previous history and mass displacements of Pandits".

Both pro- and anti India Kashmiri politicians strongly condemned the killings. To stop more violence, the government forces interrogated over 1000 people. The killings were blamed on rebel group The Resistance Front (or TRF) by police. Dilbag Singh, the region's top police officer, described the attacks in a "conspiracy for terror and communal division."

TRF released a statement via social media claiming that the group was targeting Indian authorities personnel and not targets based on faith. Independent verification of the statement by TRF was not possible.

Despite this, targeted killings continue despite the ongoing crackdown.

Four migrant workers were shot and killed by assailants. They were three Hindus from eastern Bihar and one Muslim from northern Uttar Pradesh. The attacks took place in separate attacks on Saturday, Sunday and raised the number of targeted killings to 32. According to police records, the victims included 21 Muslims from local areas, four Hindus from local communities, a Sikh and five Hindus, and one Muslim from a different area.

Siddiq Wahid is a historian and was the former vice-chancellor of Islamic University of Science and Technology, Kashmir. He said that the recent killings only gained attention in the context of sectarian issues, even though people of all faiths were killed. He also noted that the debate surrounding the incident has centered on statistics and not the loss of life.

The first one distorts, the second one overlooks tragedy. Both are a loss for Kashmir," Wahid stated.

For centuries, Hindus in Kashmir lived peacefully with Muslims, mainly as they were landowners, farmers, and government officials. After the 1947 war between India and Pakistan, Kashmir was divided as both countries gained independence from Britain. However, the divisions grew over the next decade as Muslims began to distrust Indian rule and demanded that Kashmir be united under Pakistani control or as an independent nation.

In the 1980s Kashmir became a battlefield. The militant attacks and threats led to the expulsion of many Kashmiri Hindus. Many believed that the rebellion was also an attempt to wipe them out. The Pandits were reduced to a small minority.

Many Muslims in the region, who have long been resentful of Indian rule and deny that Hindus were systematically target, and claim India sent them out to make Kashmir's freedom struggle Islamic extremism.

These tensions were rekindled after Narendra Modi, Prime Minister of India, came to power in 2014. The Indian government also pursued a plan for the relocation of Kashmiri Hindu migrant Kashmiris in new towns.

Muslim leaders described these plans as a plot to create communal divisions by segregating the region's people along religious lines. This was especially after India removed the region's semiautonomy in 2019, and removed inherited protections for land and jobs, amid a lengthy lockdown and communication blockade.

Since then, many new laws have been passed by the authorities. Critics and Kashmiris worry that this could alter the demographics of the region.

This fear was magnified when the authorities opened an online portal to allow migrant Hindus to complain about distress sales and encroachments onto properties. The vast majority of these properties have changed hands over the past three decades. Official figures show that 700 complaints were received within the first three weeks.

Tickoo, an activist said that "the online portal seems to have been a major trigger for killings."

Sikhs are the largest of the minorities in the region and they have remained relatively peaceful with their Muslim neighbors. However, they have also been targeted for murder.

Supinder Kour (46-year-old Sikh school principal) was shot and killed. Hundreds of angry members of the community carried Kour's body to Srinagar, waving religious slogans, and demanding justice. They were joined by some Muslim residents.

"We don’t know the identities of the murderers. Jagmohan Sing Raina, a Sikh leader, said that even if I knew who the killers were, does this mean I cannot speak freely? "We are trapped between two guns: The guns of the state and those from the non-state.

Raina stated that no Sikh fled Kour's murder, but maintained that the community was shaken. Raina stated that while the state was "provoking" and "punishing" the majority Muslims in the region through new laws, minorities were being "manipulated to politics."

Raina and Tickoo said that the killings were "ominous indicators"' for Kashmir. Similar comments were made by Raina and Tickoo, who said that India's recent changes had "wounded all of the people living on the ground" two years ago.

Raina stated, "And the wound" has become cancer. 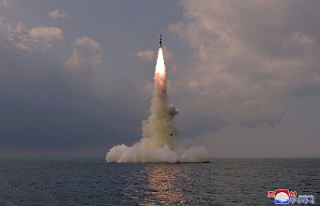