On Thursday, a powerful autumn storm battered parts of Europe. It killed four people in Poland and caused widespread damage to large areas of the continent. 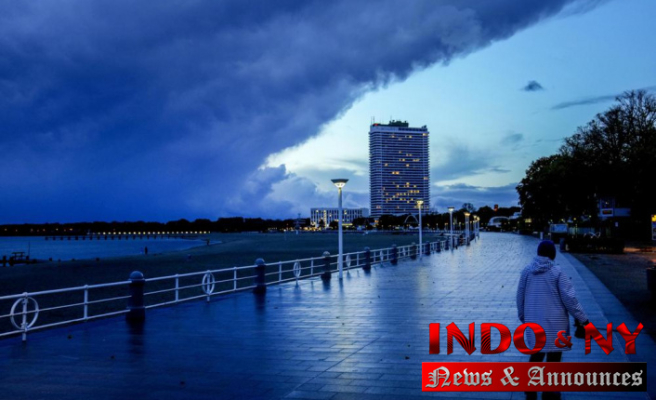 According to Polish media reports, the worst-hit area was in the west city of Wroclaw. There, powerful gusts overtook a truck carrying a load and killed its driver. A storm also struck a building in the area, causing a worker to be crushed and a tree to blow onto a vehicle carrying two people. Both were killed.

TVN24 reported that a concrete wall in Warsaw's capital collapsed, injuring a woman, who was taken to hospital.

On Wednesday, the storm hit France's Atlantic coast region of Brittany. It toppled trees and damaged buildings, and knocked out power supply to nearly a quarter million homes on Thursday morning.

Uprooted trees on tracks in France, Germany, and the Netherlands disrupted train services. Many buildings' roofs were also damaged, including the part used by Antwerp's professional soccer team.

Schwentinental was struck by a tornado on Thursday morning. It is located near Kiel, Germany's Baltic Sea port. Kai Laessig, a fire service official, said that the tornado destroyed greenhouses and brought down trees. However, no one was hurt. Numerous houses were damaged.

Local media reported that four people sustained injuries in Barendrecht, a Dutch town, near Rotterdam's southern edge, when strong winds ripped tiles off of roofs and uprooted trees from a residential area.

Parts of southern England were also affected by the storm, which brought heavy rain and strong winds that prompted flood warnings. According to the U.K. Environment Agency, the Thames Barrier was shut down to protect London from flooding. The move will protect London from flooding caused by low pressure and northerly winds that coincide with spring tides, according to the Environment Agency.

Power lines were thrown off by fallen trees, and Enedis reported that 250,000 homes had no electricity as of Thursday morning.

According to the SNCF, train travel was disrupted in Normandy, Champagne-Ardennes, and on some commuter routes within the Paris region.

Deutsche Bahn, Germany's national railway operator has temporarily stopped all long-distance trains within North Rhine-Westphalia, the country's most populous state. It borders Belgium and the Netherlands. According to the company, there are also cancellations and delays in other parts.

The storm ravaged northern Belgium around Antwerp, snapping many trees and spilling scaffolding onto streets. It also blew some trucks off the roads. It also tore down a portion of Antwerp FC’s roof.

Germany's national weather agency warned that gusts could reach speeds of up to 105 km/h (65 mph in the north and northeast) on Thursday. And up to 120 km/h in mountainous regions. However, there are no immediate reports of any significant damage.

A freight train collided in Bad Godesberg (a suburb of Bonn) during the night.

Due to the high winds forecast, Berlin's two zoos were closed. The animals were moved into indoor enclosures. As a precaution, cemeteries in Erfurt, central Germany were closed. 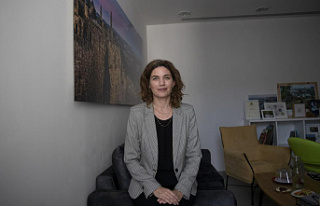