The last financial year, with the shortage of semiconductors, has not been as kind to Jaguar-Land Rover as it has been to the rest of the car manufacturers.

The last financial year, with the shortage of semiconductors, has not been as kind to Jaguar-Land Rover as it has been to the rest of the car manufacturers. At the end of the fourth quarter —they use the Asian fiscal calendar as they are owned by the Indian giant Tata—, the English premium group has declared operating losses of 412 million pounds (487 million euros).

This figure contrasts sharply with the operating profits (Ebit) of 2020, when they reached 782 million euros. Revenues were 21,500 million, 7% less than in the previous year. However, for the constructor's financial director, Adrian Mardell, these data do not present a balanced vision of the future.

"Despite the chip shortage, we have recorded two consecutive quarters of positive cash flow, showing that cost efficiencies are having an effect," he said in the results presentation. "Our lower break-even point should put us in a strong position as sales volumes gradually recover."

Last year, Jaguar-Land Rover introduced its Reimagine programme, which cost them £1bn but, they say, 'brought them £1.5bn in value'. The objective was to streamline its operations, reducing costs, eliminating redundancies and digitizing parts of the business. "Inflation represents a growing headwind, but we hope these actions will help mitigate it."

For the group's CEO, Thierry Bolloré: "The environment remains difficult in light of the global shortage of chips, but I am encouraged by the demand for our products, with a record order book. In addition, we continue to execute on our Reimagine strategy and are advancing a new generation of electric vehicles at Jaguar and a new zero-emissions platform for Land Rover."

In Spain, the dealer network closed positively, with an average return of 0.2%. That of the first quarter of the year, which is usually one of the lowest, reached 1%. In Portugal, the results are considerably higher, with an average of 3.8% in the last financial year.

1 Human rights: Bachelet in China on Monday to go to... 2 The emeritus king disembarks from the support boat... 3 Prince Charles recognizes the suffering of the natives 4 Feijóo reinforces Pons by giving him the powers of... 5 Osakidetza studies the first suspected case of monkeypox... 6 The Ibex 35 rises 1.7% in the week after the improvement... 7 Brussels proposes reallocating funds for a single... 8 "Cordial" meeting of the President of the... 9 Carlos Mazón denounces that «Ximo Puig is incapable... 10 Roland-Garros: "This tournament is in my head... 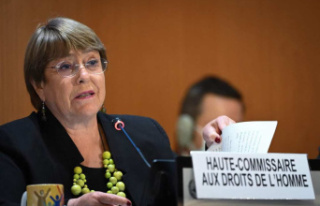 Human rights: Bachelet in China on Monday to go to...